Herta, fresh from an IndyCar win at St. Petersburg, also getting some attention among Formula 1 drivers for the beyond-his-years racing talent he’s showing. On Thursday in Portugal, Herta’s name came up in driver press conferences ahead of Sunday’s F1 Portuguese Grand Prix when drivers were asked about those drivers in other series who who never got the chance or who could maybe make it it Formula 1.

“There’s so much talent out there at the end of the day,” Aston Martin F1 driver Lance Stroll said. “I think motor sport comes down to a lot of things. There’s a lot of series, and in Formula 1 there’s only 20 seats. Not everyone can be here. I think a lot of that is timing, being in the right place at the right time. There’s no doubt in my mind that there’s tons of talent out there.

“You couldn’t say that the best drivers in the world are all here, because I’m sure there’s tons of guys out there that are just as talented, just as quick, who just didn’t make it for some reason.”

Alpine F1 team driver Esteban Ocon said that, yes, luck is a factor in making to the top of the F1 ladder.

“There’s so many great drivers that I’ve met in many different categories, in DTM in Formula 3, and nowadays in Formula E and IndyCar,” Ocon said. “So many different categories. So many drivers have the talent, but maybe not the good people around them or the good opportunities at the right time. You need to perform at the right time. You need to win the right championships. It’s a very complex way of getting into Formula 1. And when you are there, you realize how lucky you are, because you are one of the 20 who have the chance.”

Asked who might be good enough right, and Stroll mentioned Herta, whose dad Bryan earned an F1 test for the Minardi team in 2002.

“Herta is maybe one kid that would do just fine in F1.”

“Colton Herta won the IndyCar race,” Stroll said. “Maybe he’s good enough. It’s hard to say. There are so many good drivers out there. To give you an example, Herta is maybe one kid that would do just fine in F1.”

Mercedes’ Valtteri Bottas, too, has seen many drivers knock at Formula 1’s door only to be told there’s no room at the inn.

“I’ve raced against so much talent that no doubt there are drivers in other series at the moment or drivers who have had to already stop racing because they didn’t make F1, but they would have had the talent and the work ethic to do so,” Bottas said. “You have to be at the right place at the right time and everything needs to click. You need to win the junior categories, and obviously some drivers don’t win the junior categories if they have lots of DNFs or technical issues or whatever.

“I were to say one name (of a driver who should be in F1), I would have to say so many more really.” 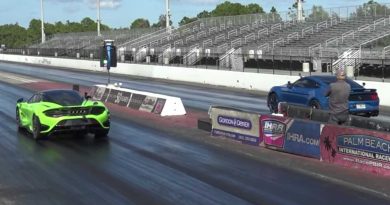 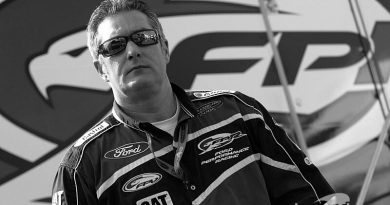 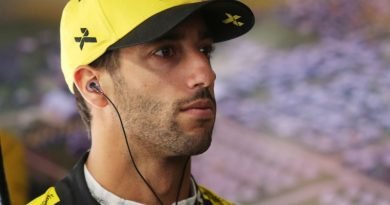 Ricciardo 'the most upset he has felt in a while'