Too many times in the world of sports, the word “legend” is used improperly or very loosely, particularly in remembering an athlete who has passed away. There are good athletes and great athletes, but very few deserve the word “legend” affixed to their name and obituary.

That’s not the case today as we mourn a true legend, Robert William Unser, who passed away Sunday night of natural causes at the age of 87.

Better known as Bobby—or his celebrated nickname of “Uncle Bobby”—Unser was a fan favorite for more than four decades of racing. The New Mexico native stayed loyal to his roots and had a down home, good old boy style that made him so personable and approachable.

He’d oftentimes spend extended periods of time to sign autographs, patiently waiting until he had made each and every last fan happy for having stood in line just to get a scribble on a piece of paper or program and a “Hi, how are you doing?” from Uncle Bobby.

That’s why fans loved him. He was like family to them. He truly was their uncle, even if it was an honorary title.

But for all his success, including winning three Indianapolis 500 races (1968, 1975 and 1981), Unser also was a quiet, reserved man. Some might call him shy at times. He didn’t brag about his success or how good a race car driver he was.

Oh, but he was a great race car driver, for sure.

That was no more evident when he was in his element, around racetracks, in cars or being cheered on by fans, he became a fiery competitor, one of the toughest drivers guys like Mario Andretti, A.J. Foyt and even younger brother Al Sr. faced in their own respective careers.

I join the racing world mourning the passing of Bobby Unser. The best of times….. when a fierce competitor can also be a very very very good friend. RIP my friend. Thanks for the memories https://t.co/zTsj1mm3jm

While they had a rough-and-tumble relationship at times on the racetrack, Andretti and Unser also had a great friendship for decades, even after one of the most controversial finishes in Indy 500 history—one that took more than four months to decide a winner.

Unser won the 1981 500 by a commanding 5.18-second lead over Andretti. However, USAC officials assessed Unser a one-position penalty for what they called an illegal pass on pit lane during a caution three-quarters of the way through the race.

Andretti was subsequently awarded the win, but Unser appealed. After a lengthy and at times contentious back-and-forth battle, USAC officials reversed themselves and awarded Unser the victory on October 9, 1981. While Andretti was admittedly angry at being denied a second 500 career win—and the way it happened—their friendship remained intact.

One of Unser’s closest friends, and also his boss for several years, is Indianapolis Motor Speedway chairman and Team Penske owner Roger Penske, who released the following statement following his dear friend’s passing:

“There simply was no one quite like Bobby Unser. Bobby was a ferocious competitor on the track, and his larger-than-life personality made him one of the most beloved and unique racers we have ever seen.

“Bobby brought so much to Team Penske during his time with our team, including a memorable victory in the 1981 Indianapolis 500. Beyond his many wins and accomplishments, Bobby was a true racer that raised the performance of everyone around him. He was also one of the most colorful characters in motorsports.

“Throughout his time as a driver, a commentator and an ambassador of our sport, Bobby’s stories and his passion for racing were legendary. Our thoughts and condolences are with Lisa, the Unser family and Bobby’s many friends and fans during this difficult time.”

Bobby was at home with anything that had a steering wheel in it. He easily could have been the example for when Burt Reynolds, atop a forklift in the movie Smokey & The Bandit, said, “I can drive any forkin’ thing.”

And indeed Unser could–and did–drive any forkin’ thing with great aplomb and success, no matter the motorsport genre.

He finished second to yet another racing legend, Formula One’s Sir Jackie Stewart, in an exhibition open-wheel race at Japan’s famed Fuji International Speedway in 1966.

Thank you, Bobby Unser, for all the great memories. A 3-time Indianapolis 500 Champion and legend of the sport. He will always be remembered. (1934 – 2021) pic.twitter.com/I4i7pwVPuJ

Upon hearing the news of his friend’s passing, Andretti tweeted, “I join the racing world mourning the passing of Bobby Unser. The best of times….. when a fierce competitor can also be a very very very good friend. RIP my friend. Thanks for the memories.”

In 1993, Unser took part in a made-for-TV series called “Fast Masters”—and he truly lived up to that name, being Fast and a Master by winning all three of the races he competed in (as well as sitting on the pole twice and started second the other time).

He was the king of the Pikes Peak Hill Climb, winning 10 times and constantly setting speed records, it seemed, year after year.

Even in NASCAR, Unser was a hit. Even though he made just four starts, two of those resulted in top-five finishes, including the 1969 Daytona 500 qualifying race, finishing fourth while driving for another true legend, car owner and master mechanic Smokey Yunick.

He also was a celebrated TV race announcer who took the time—sometimes too much time, more than directors wanted—to patiently explain elements of a race car or why something happened in a race.

But driving an open-wheel car was where Unser excelled the most. His three Indianapolis 500 titles were part of an Unser family juggernaut that also saw Al Sr. win four and Al Jr. win two (and almost a third). While it was a joke to some, others lobbied at times to change name of the Greatest Spectacle in Racing from the Indy 500 to the Unser 500, the family was so dominant.

When he took his racing helmet off, Unser would oftentimes be seen wearing a cowboy hat. After wrestling a four-wheeled Brahma bull of a race car, he became a true cowboy walking through the pits and garages in Gasoline Alley, seemingly always with a big smile upon his face.

One word above all else best describes Unser as a man and as a racer: respect. Even if you hated him for all the success he achieved—correction, make that all the success he EARNED each and every time he got behind the wheel because nothing was ever given to him—Unser got your attention. Even if you were ahead of him, Bobby, his brother Al, Foyt, Andretti, Rick Mears and a select few others were the types of drivers that you would constantly be looking for in your rear-view mirror.

Willy T. Ribbs tweeted after hearing the news of Unser’s passing, words that were oh so true: “Cool as Ice. RIP to a Man’s Man and I love that Man. He treated me like one of his own. Forever Uncle Bobby Unser.”

#Cool as ice #RIP to a Man’s Man and I #Love that Man..He treated me like one of his own..Forever Uncle Bobby Unser 🏁🏁 pic.twitter.com/Yj63EyPWaj

As can be expected, and to once again show the respect he so rightfully earned and deserved through a career that most drivers could only dream about, Unser was eulogized and memorialized by many in the motorsports community. Here is a selection of those who took to social media to remember “Uncle Bobby”:

RIP to a LEGEND.

Today, the racing world mourns the passing of three-time Indianapolis 500 champion Bobby Unser. He was the total package – adored by fans, funny and charming, and a true champion.

Today we remember the life and legacy of Bobby Unser. pic.twitter.com/TyV7cRQ7xH

Not enough space in a Twitter post to express what Bobby Unser has meant to @IMS. Everyone at IMS extends our deepest sympathies to Bobby’s family, friends & fans. He was one of a kind & will be deeply missed, but always cherished in the heart of every race fan. Statement below: pic.twitter.com/gESkW9QXgJ

Onboard with Bobby Unser as he wins the Pikes Peak International Hillclimb in 1966.

The three-time Indianapolis 500 winner Bobby Unser won 13 times in three classes at Pikes Peak, including eight wins in a 10 year period from 1956 to 1966.

I’m pretty sure the first race car drivers name I ever knew was #BobbyUnser so as a child when I went to the California 500 in Ontario I pulled for him. Godspeed

Saddened to hear about the passing of #BobbyUnser. The world has lost another racing great. More artifacts related to his life and career can be found here: https://t.co/TvWmMFG8Cr#BensonFordRC @thehenryford THF225267 pic.twitter.com/XGDse01vh0

I’m grateful to have represented him with my art on a few occaisions. What an EPIC life! #UncleBobby#BobbyUnser#Indy500 pic.twitter.com/a3mFm6ExbX

So much more could be said about Uncle Bobby and the great driver and even greater human being that he was. He struck a chord as a simple, blue collar kind of driver that people just naturally gravitated towards.

In closing, one of the best testimonials to Unser came from Indianapolis Motor Speedway president J. Douglas Boles:

“When you mention icons in racing, and particularly the Indianapolis Motor Speedway, Bobby Unser was a legend. He could drive, and win, in any type of car and on any type of track. And he was magical at Indy. But driving was just a piece of what made Bobby so iconic.

“Over the last several years, I have seen the true Bobby Unser – the man who loved our sport, loved the Indianapolis 500 and loved to be with the fans. He would go out of his way to do whatever he could to be here in May to help us keep motorsports growing. He was always available to give speeches, to sign autographs or to just tell stories. His driving record speaks for itself. His lifelong passion for promoting auto racing and his enthusiastic, no sugar-coated opinions that continued after he hung up his helmet had such a meaningful impact.

“Everyone at IMS extends our deepest sympathies to Bobby’s family, friends and fans. He was one of a kind and will be deeply missed, but always cherished in the heart of every race fan.”

Rest in Peace, Uncle Bobby. You indeed were the true definition of what the word “legend” means. 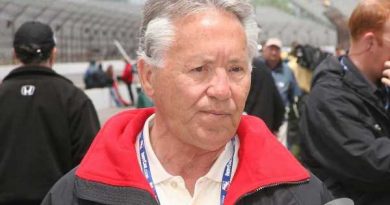 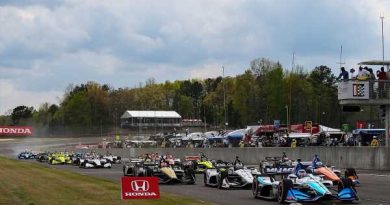 IndyCar season-opener pushed back to mid-April 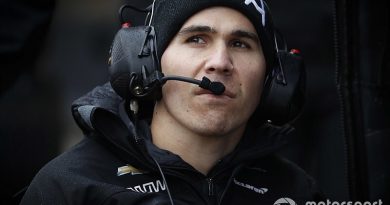 Promoted: Why Wickens believes Askew and O’Ward will star in 2020