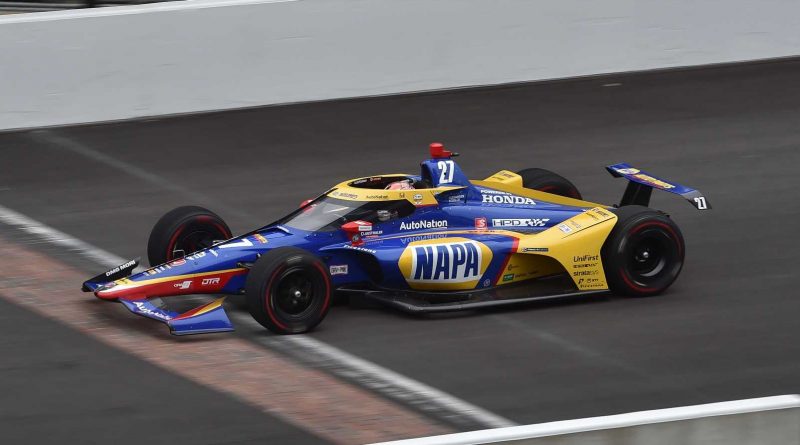 The NTT IndyCar Series is on a roll—in more ways than one.

The U.S.-based open-wheel series embarked this weekend on an ambitious round of several tests prior to the season-opening race weekend, April 16-18, at Barber Motorsports Park near Birmingham, Alabama.

Four teams are taking part this weekend at Indianapolis Motor Speedway in the first of three tests in as many weeks.

Next weekend, Texas Motor Speedway—which plays host to a double-header IndyCar race weekend May 1-2—will host 17 teams in a “private” test.

And then the following weekend, there will be a massive test of more than 30 cars back at IMS in preparation for the following month’s Indianapolis 500.

“We worked really hard this offseason on the speedway program,” IndyCar president Jay Frye told Autoweek. “So we did a test at IMS last fall, we have a (four-car) test at IMS this (weekend) where we’re going to look at a little push-to-pass hybrid system and how this could work down the road. So, it’s kind of more of a future type thing.

“Then, we’ve got 17 cars going to Texas next week for a private team test. We’re going to run seven cars (at a time) and then do some group running to try to again validate some of the offseason changes we made.

“The next week, there’s over 30 cars coming to IMS for the IndyCar open test. So again, a lot of attention has been put on the speedway program going into this year.”

Part of the increased focus on the speedway program is due to last year’s hardscrabble season that resulted from the COVID-19 pandemic.

Like many other professional sports leagues, IndyCar continues to rebound from the pandemic—albeit with a few modifications. The previously scheduled season opener at St. Petersburg was pushed back a couple of weeks, while the originally slated second race of the season at Barber was moved back a week and assumed the season-opening slot on the schedule, to be followed by St. Pete.

In addition, Roger Penske announced several days ago that the Indianapolis 500 will not only return to its traditional Memorial Day weekend date (it was held last August and without fans in attendance due to COVID), plans are in the works to welcome as many as 250,000 fans to attend the Greatest Spectacle In Racing in-person.

If 2020 was a season of uncertainty, it’s clear that 2021 is not only a season of coming back, but also one that will see the future include a number of changes or innovations.

“A lot of the efficiencies that we learned in 2020, we’re going to apply some of them to 2021 this season,” Frye said. “So there were a lot of good things I think at the end of the day that came out of it, a lot of learning of how to do things differently, a lot of how we banded together as a series to get it done. (I’m) quite proud of everyone’s effort.”

The 2020 season was supposed to be the final year of a five-year plan Frye and other IndyCar officials put in place back in 2016. It was essentially a developmental roadmap for the series on-track, as well as mechanical advancements off-track.

But COVID forced the five-year plan to be extended—to as much as a 10-to-12-year plan—by default.

“If you remember, 2016, we started that five-year plan and ‘17, we froze the kits and ‘18, we came out with the new car,” Frye said. “Well, that little five-year plan now actually extends basically through 2026 to 2028 with the engine programs. So we feel good about that.

“But one of the goals of that plan was (also) to have new teams, new ownership come in, car counts (would be) high. It’s going up for the 2021 season, which is a good thing about coming off a pandemic and coming into the next season, and your car count’s still going up. The (Indy) 500 car count is going to be very solid.”

Frye joined IndyCar in late 2013 and is now in his sixth season as the sanctioning body’s president. While there have been a number of changes and improvements to the sport and the series during Frye’s tenure, one thing has continued to elude: adding a third manufacturer to join Honda and Chevrolet.

There have been a number of discussions over the years with potential new motor partners. Frye feels confident that it’s just a matter of time before a new partner(s) joins the Honda/Chevy show.

“That’s an ongoing thing, an everyday thing,” he said. “That was part of that five-year plan. One of the ways to look at that, I think, is as car count goes up, there’s going to become a point whether a third manufacturer is a necessity or luxury, right?

“Chevy and Honda are phenomenal great partners of ours; we couldn’t be more proud of that relationship. But they’re going to get to the point where they’re kind of tapped out. So it’s going to be important to have the third (manufacturer). We’ve talked to people every day for some time.”

Perhaps one of the most revolutionary changes on the horizon is IndyCar’s plan to develop a hybrid race car, something that is already well underway.

“One of the things we’re really excited about is the hybrid situation we’ve got coming in 2023 with a new 2.4 liter engine,” Frye said. “That’s one of the things that hopefully helps get us over the top with this third OEM (original equipment manufacturer).

“There’s been interest over the last few years to participate with us. At the end of the day, that was kind of a stumbling block, kind of a hurdle we had to get over, the electrification piece. So we’re full speed ahead with the hybrid for 2023.”

But while a hybrid presents unique possibilities, particularly in potentially being the final piece to the puzzle to attract a third engine manufacturer, Frye promises one thing will never change in the IndyCar world.

“One of the things we have to do is remain true to who we are: we’re fast, loud, we’re authentic, that type of thing,” he said. “This will enhance that because the new engine is going to have about 100 more horsepower … but it’s (still) going to be fast and loud.”

IndyCar is also looking at other avenues to refine and grow for the future, including experimenting with different types of fuels.

“There’s many different things coming out down the road that could change how the fuel works, where it becomes maybe more of a carbon neutral effect,” Frye said. “There’s lots of different things we’re looking at.

“Obviously, the automotive world is changing very quickly. It’s funny, you talk about this hybrid unit coming out in ‘23. And by ‘23, we want to make sure at that point, it’s not already obsolete.”

Lastly, the 2021 season and beyond will likely see some refinements of the weekend schedule makeup at a number of tracks, Frye said.

“We think practice and qualifying is important, (but) based off what we learned last year, being more efficient, we have trimmed it up,” Frye said. “So instead of having three practices, we might have two or instead of four, we might have three.

“So we think it’s important, we still want to put on a weekend for the fans. But again, I think if we trim it up a little bit, become more efficient, we can save everybody some (costs). Economics matter. (Shorter weekends) can save some for the promoters. Saturday is a big, big day now where before we might not have ran as much on Saturday, we might have run some on Friday, but we’ll make Saturday, a bigger day, that type of thing.”

Now all that’s left after the planning is to go racing.

“We’re all getting antsy right now,” Frye said. “There’s a lot of motorsports going on around us and we’re not on track yet. So, that’s been frustrating. But when we launch in April at Barber, we feel good about the first three weeks (Barber, St. Petersburg and the Texas doubleheader).” 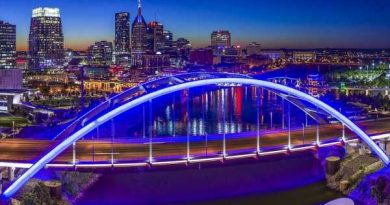 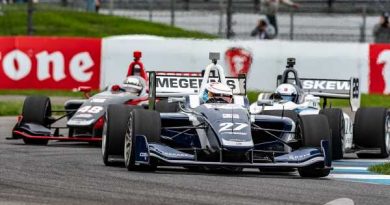 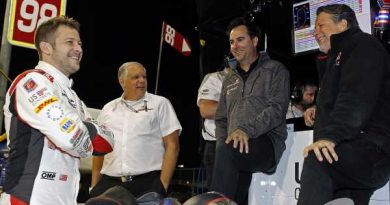