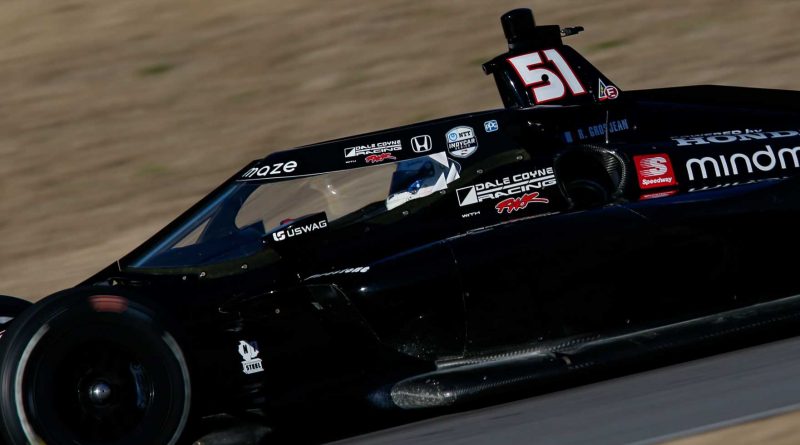 It didn’t take long for Romain Grosjean to realize he might need to head to the gym to get ready for the 2021 NTT IndyCar Series season,

Grosjean, who is making the move from Formula 1 to IndyCar this season, got his first taste of an Indy car during a test session at Barber Motorsports Park outside of Birmingham, Ala., on Tuesday. And, for the most part, the F1 veteran driver liked what he saw.

But there was a little getting used to the new ride at Dale Coyne Racing with RWR.

“It’s definitely the hardest steering wheel I’ve had to cope with,” the 34-year-old Grosjean said. “The first few laps, the muscles weren’t quite warmed up or ready for it. It got better at the end, which is always a good sign. I’ll know exactly where to work in the gym and what to do.

“I also know that’s the hardest track of the year, which is always good to start with so you have a baseline of what it’s going to be like. But yeah, I think I can fine-tune my training. I didn’t know really what to expect, and now it is pretty clear.”

Grosjean, who had raced in F1 since 2009, will tackle the road and street courses for Dale Coyne Racing with RWR in 2021.

He may have left his most famous mark in F1 in his final race when he crashed through a steel guard rail at Bahrain, triggering a fiery crash that has been analyzed and dissected by media and safety officials alike to try to figure out exactly how he survived both the fireball and the contact itself.

Grosjean is still feeling the affects of the incident.

“It’s been all right,” Grosjean said. “I’ve got a big blister on the left hand, on one of the thumbs, but I didn’t really feel it in the car. So I guess that was fine. Putting the gloves on and removing it is not always nice so I tend to keep my left glove on, protect it from the sun, as well, but generally it’s been OK.”

“The aeroscreen removes some air that you get in the car so it gets quite warm, but the other tubes that you have with the helmet air system and also at the front of the cockpit works pretty well,” Grosjean said. “So I think it’s very physical. It is tough driving those cars, very much, in a different way than Formula 1 where the only thing you fight in Formula 1 is the g-forces where here you actually fight the heaviness of the car physically. But I don’t mind it. It’s quite cool.

“The aeroscreen wasn’t an issue at all and I completely forgot it was on, so that was good. But I still feel like I’ve got some stuff to learn in the car to go faster, so that’s what I’m going to be doing in the next few days before we go testing in Laguna Seca.”

As for power between the two cars, Grosjean said he immediately felt the difference.

“Yeah, I mean, there is less power,” he said. “That is for sure. But I observed that the mechanical grip of the car is pretty outstanding and therefore you can try different lines in the corner and you can actually make it smooth in the way you want it. 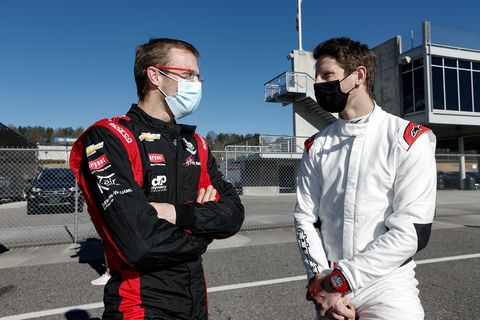 “I think I could go on for a long time comparing Formula 1 and IndyCar, but I don’t think it’s doing any favor to anyone. I think really what I’ve found here is that there’s a lot of mechanical grip and less aero than the Formula 1 car and obviously a little bit less power, but that the drivability of the engine, the modes of the engine, the different maps we tried worked really well.”

While Grosjean admitted he’s still got a lot to learn about the Indy cars, he’s also looking forward to hanging out with a new group of drivers, including a few with former F1 experience, on race week.

He had some interaction with many of the IndyCar drivers during the testing day. Included in that group were a few former F1 rivals.

“And I’ve had already some good interaction with Sebastien Bourdais,” Grosjean said. “He was next to me so that was easy. Takuma Sato came over. I saw some of the other guys. Simon Pagenaud in the pit lane, he was driving and I gave him a wave and he gave it back. So I think generally it’s been a great day in that respect, with Edward (Jones), my teammate. We have a good relationship, as well. I told him I used to be an asshole as a teammate back in the days, but now I’m (almost) 35 and I’d like us to be friendly.

“On track you want to beat them, there’s no doubt, but outside of the track I think if we can be friends it’s mega.” 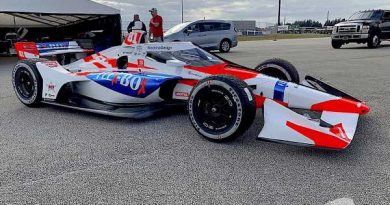 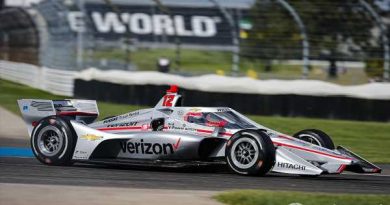 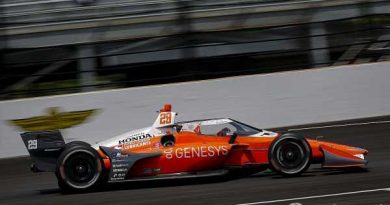