Home » From Andretti to Dixon, Every Chip Ganassi Racing Indy Car Winner Since 1994

Michael Andretti and Chip Ganassi weren’t always bitter rivals on the race track. In fact, Andretti drove for Ganassi in 1994 and even gave Ganassi his first win as a team owner in the series. That win came at Surfer’s Paradise, Australia, in Andretti’s return from Formula 1.

While it was a great homecoming win of sorts for Andretti in American Indy cars, it was a early highlight in a more than 30-year run for Ganassi as a race team owner.

In total, Ganassi Racing has won 113 races between runs in the Indy Racing League (16 wins), CART (40 wins) and the NTT IndyCar Series (57 wins). Four of those wins were the big one at Indianapolis.

As we close in on the start to the 2021 season, here’s a look a the 19 Ganassi Racing drivers who have found their way to the top of the major open-wheel podium:

Kenny Brack made headlines in his 2002 season with Ganassi, winning the pole at Rockingham and winning the final race of the CART season at Mexico City.

In that race, Ward passed Al Unser Jr. on the last lap to win by 0.011 second in one of the most incredible finishes in IRL history.

A Ganassi Racing veteran, Charlie Kimball won at Mid-Ohio in 2013. It was a career day, in that he held off a star-studded group of followers including race runner-up Simon Pagenaud, teammate Dario Franchitti, Will Power, Ryan Hunter-Reay, Helio Castroneves and teammate Scott Dixon.

Felix Rosenqvist tallied one win his his two years with Ganassi, making the team’s all-time IndyCar wins list by taking the second race of the Elkhart Lake doubleheader during the COVID-19 season of 2020.

Rosenqvist was the IndyCar Series’ Rookie of the Year in 2019, as he finished sixth in the season points standings.

Tony Kanaan’s win at Fontana in the final race of the 2014 season was his 17th and most recent win in the series. That win was by a margin of 3.7 seconds ahead of teammate Scott Dixon.

Michael Andretti returned from a year in Formula 1 to lead every lap on the streets of Surfer’s Paradise to win CART’s season-opening race of 1994 in Australia.

In a strange twist, the win was actually the second in a row for Andretti, who won the last race of the 1992 season before heading to Formula 1 and a year of disappointment with McLaren.

Andretti would also win at Toronto that that year, Andretti’s lone year with Ganassi in the CART series.

Bruno Junqueira had a short, but eventful run with Ganassi’s Indy-car team, winning at Elkhart Lake, Denver and Twin Ring Motegi in Japan during his two years with the team.

He also sat on the pole for the 2002 Indianapolis 500, where he led the first laps 32 before exiting after 87 laps with gearbox issues.

One of IndyCar’s most popular drivers of this century, Dan Wheldon won six of his 16 career series wins with Ganassi.

A consistent winner, Wheldon won two races in each of his three seasons with the team, including the 2006 season-opening race at Homestead.

Jimmy Vasser won the 1996 CART championship as part of a dream team pairing with Alex Zanardi that dominated the series in the late ’90s. From 1996-98, Vasser won eight times and finished no worse than third in the championship standings.

Montoya would leave for Formula 1 after the 2000 season only to return to race seven full seasons and part of another for Ganassi in the NASCAR Cup Series beginning in 2006.

Dario Franchitti, 11th on the all-time IndyCar list with 31 victories, posted 13 of those with Chip Ganassi.

Franchitti’s last win with Ganassi, and his last career win, came in the 2012 Indianapolis 500.

From 1996 through 1998, Alex Zanardi was tough to beat. He won CART championships in 1997 and 1998 and finished the Chip Ganassi Racing portion of his career with with 15 victories in 53 starts.

Zanardi’s 1998 season was one of the most dominant in IndyCar history with seven wins and 15 podium finishes in 19 races. Teammate Jimmy Vasser had three wins and five podiums en route to a second-place finish in the points and Ganassi’s best season in the sport.

Six-time IndyCar champion Scott Dixon entered the 2021 season with 50 career wins, third on the all-time Indy car list. And 49 of those have come with Dixon wearing Chip Ganassi Racing colors.

Dixon joined Ganassi on the fourth race of the 2002 season, and he broke through for his first win with the team in the opening race of the 2003 season at Homestead, Florida. He has been a model of consistency with Ganassi, winning at least two races in 15 different seasons. His career high in wins was six in 2008. 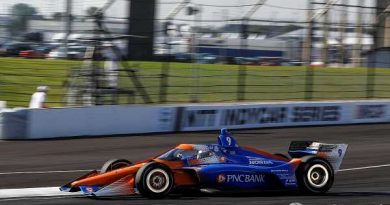 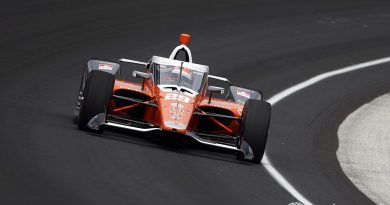 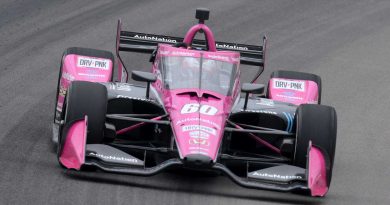