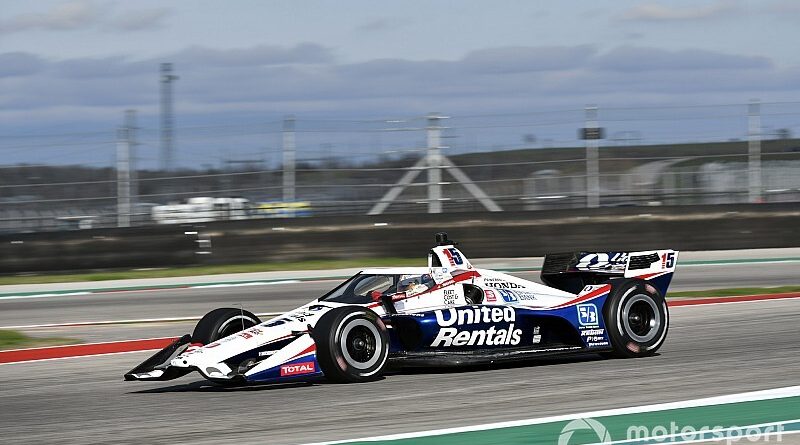 IndyCar drivers have given largely positive feedback regarding visibility through the aeroscreen which becomes mandatory from the opening round of the 2020 NTT IndyCar Series season, but cockpit cooling at hot races remains a concern.

During Spring Training at Circuit of The Americas, ambient temperatures reached only 58degF, and drivers – who can have their helmets plumbed into a fresh-air hose, a la NASCAR – had no cooling issues.

However, one driver who did not wish to be named, told Motorsport.com that he believes work still has to be done to resolve expected temperature issues behind the aeroscreen in the height of summer.

He said: “COTA’s a fast track for us so you’ve got good airflow and even when we come back to race here it will only be April. Temperatures shouldn’t be too bad.

“I guess I’m worried about slower tracks in the summer or whenever we’re running behind the pace car at 60mph.”

Asked if he’d like to see the vents on top of the shock absorber access panel to be bigger, he replied, “No, I don’t think that’s the problem. I think it’s more the shape of the airflow once it’s in the cockpit and when there’s air coming over the top of the cockpit. None of it seems to really reach the helmet area.

“So we’ve got the hoses to connect to the helmet but I don’t know how much ram effect we’re going to get there.”

Charlie Kimball, who returns to full-time IndyCar racing this year with the AJ Foyt Racing squad, added: “I think there are still some cooling issues to work through. It is not particularly warm today but at the same time, I didn’t have any vision issues and it’s a lot quieter in the car. There is a lot less wind noise, and I think the radio is clearer, so if we can figure out how to stay cool on a really hot day we’ll be in good shape.

Kimball also approved the visibility despite less than ideal conditions through the first day and a half of Spring Training.

“Even with the puddles and the dirt and all the other stuff that’s been on the aeroscreen today, I haven’t felt like I lost any significant vision,” he said.

His comments were echoed by several of his peers including new part-time teammate Sebastien Bourdais.

“You just have to get accustomed to the new environment,” said the four-time Champ Car title winner, who completed just half a day of testing before handing off to another of this year’s drivers of the #14 Foyt entry, Dalton Kellett. “We ran somewhat in the wet, a tiny bit. [There were] projections dirtying up the screen when you follow someone, but it seemed under control, so no major complaints.

“Obviously, it is very cold today, so it was actually not a bad thing that it was warmer than usual inside the car.”

Said Graham Rahal, “The aeroscreen has been no issue. Little bit warmer in the car but not too bad.

“Visibility is great. I followed someone through a puddle and actually a ton of water came up on the aeroscreen and it dissipated immediately. Better than what we would have experienced honestly before [the screen was introduced].”

His Rahal Letterman Lanigan Racing teammate Takuma Sato added that the experience was “very different from anything I drove before. It was a lot quieter with no air moving inside the cockpit. Overall, I think it is very positive. I felt really safe and protected. The visibility is better than I expected.”

“Honestly, I think the first real test day with the aeroscreen was a complete success,” said Zach Veach of Andretti Autosport-Honda. “The cooling was adequate for the conditions – and a little too good for as cool as it is! I think we’re going to be in good shape when we get to St. Pete and it’s hotter.

“We got to run in the rain, and I had no visual issues with the aeroscreen at all. As different as it is for the car’s look, I was very happy with what I saw from the cockpit.”

Marcus Ericsson, about to enter his second IndyCar season but having made the switch from Arrow SPM to Chip Ganassi Racing, commented: “I think [the aeroscreen] worked really well and did what it should do. There were no issues whatsoever driving with it.

“Obviously, it feels a bit different compared to when there is nothing there, but you quickly get used to it. I think IndyCar has done a really good job there to implement it on all cars for this test – it’s very impressive.”

Teammate and compatriot Felix Rosenqvist observed: “I think mainly the aeroscreen worked really well. In terms of cooling, it was better than expected. Also, visibility was really good.

“The only thing was when the sun got low there was a lot of glare going on, which will be something to look at and see what the other drivers’ feedback will be.

“I think honestly the biggest difference is the way it affects the car handling in terms of weight and aerodynamics.” 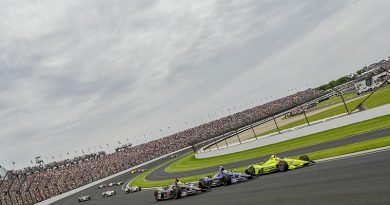 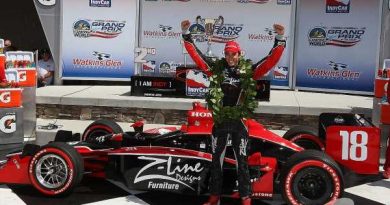 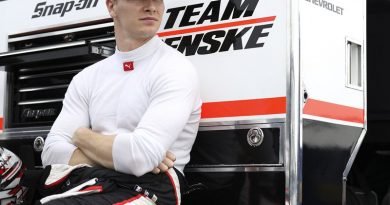