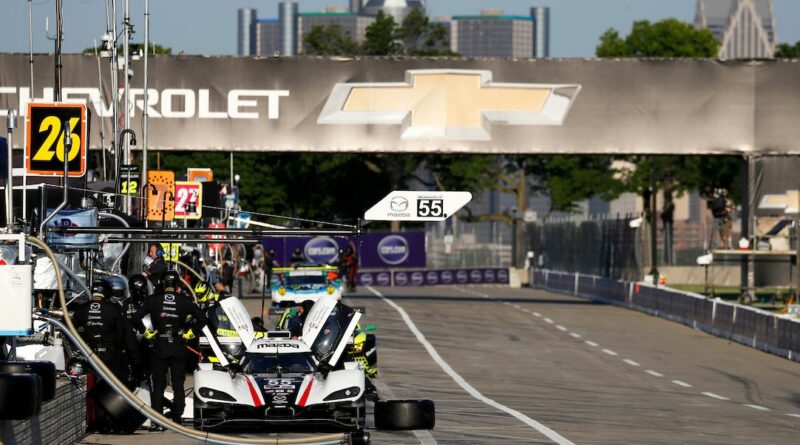 Renger van der Zande, co-driver of the Chip Ganassi Racing Cadillac DPi Prototype, has a reminder ever lap that he needs to do his best at Saturday’s IMSA WeatherTech SportsCar Championship Detroit Grand Prix.

“We can see the building from the track,” said van der Zande. “And we know they’re watching us.”

That building, just up the river from Belle Isle, is the Renaissance Center, home of General Motors, and there is a direct line of sight from the track to the RenCen. But not only will weekend employees be looking out their windows, they’ll be there in person, just as they will for the Mustang Sampling and Whelen Engineering Cadillacs, which will be battling two Acuras and a Mazda for the Prototype win.

Van der Zande added that this weekend’s race on Belle Isle is the latest event in a 2021 coming-out party of sorts for many of the racers.

“I’m living in Amsterdam, and we just got out of a bit of a lockdown a week ago,” van der Zande told Autoweek. “I went to a baseball stadium with Chip and it felt like a regular out, which I didn’t have for a long time. It was a weird last year with no fans, but at the end of the day, I did all the races that I wanted to do. I felt very fortunate to race everywhere.”

Van der Zande and teammate Kevin Magnussen enter the weekend sixth place in the standings and with a pretty big hill to climb. They will start on the pole in Saturday’s race.

Van der Zande and last year’s teammate Ricky Taylor finished runner up in the DPi class a year ago.

This year, however, the fact that the fans are back and things are getting back to normal is a worthwhile tradeoff.

“I really love American racing,” he said. “I like going to Daytona. I go to Sebring. I go there with a big smile on my face. The same here in Detroit. It’s such a cool event. Friendly people. I’ve been here for five or six years now. I see the growth in the city.

“I might get scared from all the people around me this weekend. This is going to be the first time people getting close again. I’m still going to fist-bump everyone just to be sure.”

Similarly, with Chevrolet also located in the RenCen, Chevy employees will be there to cheer on the two Corvette Racing C8.Rs that make up the GT Le Mans class.

Also, the pair of IndyCar races will be carefully scrutinized by the visiting Chevrolet folks, especially with the points for the engine manufacturer’s championship is so close—480 for Chevrolet, 489 for Honda. This adds a little more pressure for Chevrolet drivers, including Will Power, Sebastien Bourdais, Pato O’Ward, Scott McLaughlin and Rinus Veekay.

Racing in Detroit “makes it even more special, and there is extra pressure but you just use that pressure as energy to win,” Felipe Nasr, driver of the No. 31 Action Express Whelen car told Autoweek. “I love that track and I love racing in front of our manufacturer. Winning there is special and I want to do it again”—including making a little bit of history by jumping in the big fountain there to celebrate his 2018 victory.

“Unlike Felipe, I don’t have a win here yet,” said Tristian Vautier, driver of the No. 5 Mustang Sampling Cadillac. “But I very much want to win in front of our fans from General Motors.”

Vautier could make that happen—he turned the fastest lap in Friday morning’s opening practice at 1 minute, 21.588 seconds, and 103.691 mph in the No. 5, and the other Cadillacs weren’t far behind.”

“I love racing here,” Vautier said, and it shows. “That extra pressure, like Felipe said, is positive pressure for doing well in the race.” 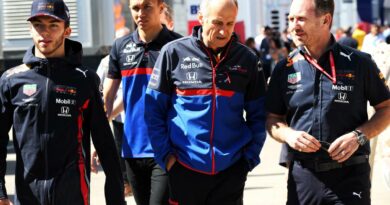 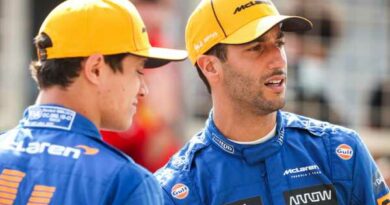 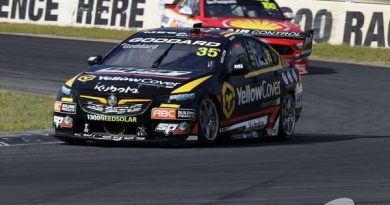