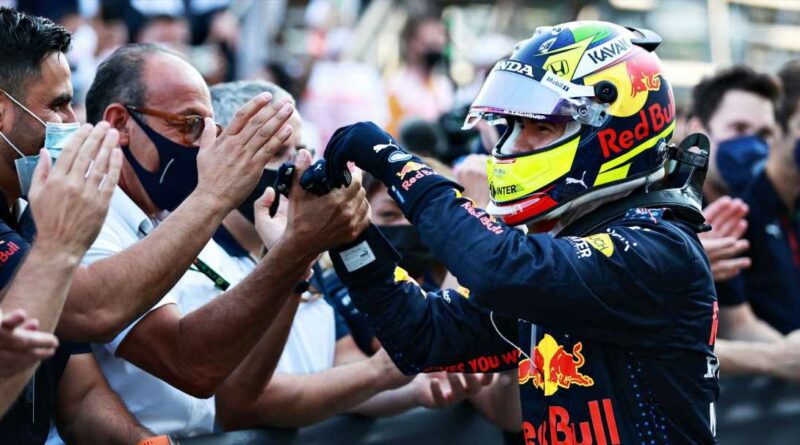 The Formula 1 racing gods smiled on Sergio Perez in the F1 Azerbaijan Grand Prix on Sunday, and took a possible victory away from Max Verstappen.

Verstappen entered the race with a four-point lead in the championship over Lewis Hamilton but crashed on the main straightaway just six laps from the finish in the 51-lap race. Left-rear tire failure was the culprit.

Those same racing gods also punished Hamilton, who was staring at a chance to retake the points lead after Verstappen’s exit. Hamilton, however, failed to score in Azerbaijan after he locked up his brakes going into the first turn on a standing-start restart with two laps to go. Hamilton missed the turn, coasted into a runoff area, and he dropped from second place to finish 15th and out of the points.

When the dust settled, Perez scored the victory, 1.3 seconds ahead of runner-up Sebastian Vettel and 2.7 seconds ahead of third-place Pierre Gasly. All three podium finishers made their first trip to the podium this season.

This one looked liked it was Verstappen’s to lose for most of the race. Instead, Verstappen’s crash led to a wild finish of what had been a race that had more resembled a parade through the streets of Baku with very little passing.

Verstappen had a comfortable 2-second lead on teammate Perez and more than 4-second advantage on Hamilton and was seemingly on cruise control on his way to the victory before his incident. Red Bull team radio transmissions revealed that there was no warning or any tire issue before Verstappen careened into the wall.

Verstappen’s crash on the main straight was the second one in the race, as Aston Martin’s Lance Stroll suffered a similar left-rear Pirelli tire failure 15 laps earlier.

After Verstappen’s crash and two Safety Car laps, Formula 1 red-flagged the race for nearly 30 minutes to clean the track. That led to a one-lap warm-up lap behind the Safety Car followed by a standing re-start and two-lap dash to the checkered flag.

Perez started the restart on the pole, ahead of second-place Hamilton.

“So happy,” Perez said to Sky Sports after the win. “First of all, I have to say I’m very sorry for Max because he had a tremendous race and really deserved the win. It would have been great to get a 1-2 for the team. But at the end, it is a fantastic day for us.”

For Vettel, it was the four-time champion’s first podium of the season and first since Istanbul in 2020. Vettel’s podium on Sunday was also the first for Aston Martin in Formula 1.

Vettel, who has never finished outside the top four in all five of his trips to Azerbaijan, came into the two-lap sprint as the only driver among the top eight on fresh soft tires.

On the restart, Hamilton moved alongside leader Perez, only to lock the brakes ahead of the first turn.

Esteban Ocon joined Stroll and Verstappen on the retirement list. Ocon went out with engine failure just three laps into the ace.

20 Of the Most Stunning Motorsports Images of 2020 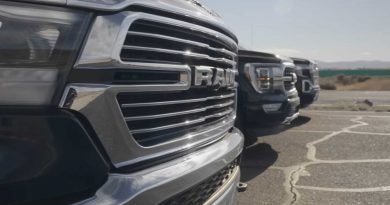