Honda were disappointed to see both AlphaTauri’s stuck in a train of DRS-assisted cars at Sochi, unable to make progress.

After a dismal home race at Monza, AlphaTauri moved on to the Russian Grand Prix hoping for a stronger showing.

Ultimately though it was another race which yielded no points, as Pierre Gasly crossed the line P13, while team-mate Yuki Tsunoda managed only P17.

Neither driver could find positives after the race, with Tsunoda complaining of balance issues with his AT02, while Gasly bluntly said AlphaTauri did not deserve points after failing to deliver on their potential again.

It was one of, if not the most entertaining Russian Grand Prix yet with plenty of action throughout, though the tight midfield did suffer somewhat thanks to DRS which actually started making overtaking more difficult.

And this is what Honda believe was AlphaTauri’s undoing in Sochi.

“The two Scuderia AlphaTauri drivers were unable to make up places, stuck in a DRS train and it is somewhat disappointing therefore that they were unable to score any points,” said Honda F1’s technical director Toyoharu Tanabe.

It was a far better afternoon over at Red Bull though as Max Verstappen went from last on the grid to P2 at the chequered flag, the perfect recovery drive assisted by a late heavy rain shower.

“This was an exciting race with a chaotic finish when the rain came in the final laps,” Tanabe continued.

“Max had already made up several places, after starting from 20th on the grid and then he and Red Bull Racing made just the right strategy call to bring him for rain tyres, which allowed him to pass more cars and finish second.

“That’s a very positive result for the Championship, considering we took a PU penalty and had to start from the back row, because although Hamilton has retaken the lead, he is only two points in front.

“Checo [Sergio Perez] did a very good job of managing his tyres in a long first stint and had a really good race, but he was unlucky to be caught out by the heavier rainfall and dropped to ninth.

“There are still seven races to go and it will be a tough battle for the Championship, but for now, we are just focussing on the next race in Turkey.” 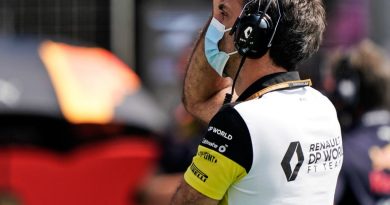 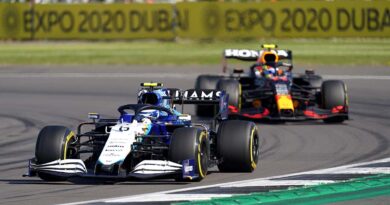 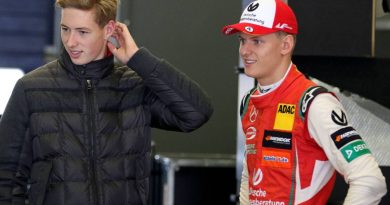