This weekend marks the opening of Formula 1’s lone weekend of pre-season testing.

In a normal season, this represents a crucial opportunity for teams to test a car’s new developments, ensuring they live up to promises of both speed and durability. This year, rule changes mean teams are carrying over their 2020 cars with minor changes, making testing far less important. Nonetheless, cars experience mechanical failures and Formula 1 publishes results at the end of the day, so it is tempting to attempt to draw a conclusion from the data in front of you. And, when the car failing is a Mercedes and the timing sheet says that same Mercedes is relatively slow, those conclusions might sound exciting.

But those conclusions are rarely useful.

Yes, sometimes a car is clearly not going to work. Over a traditional three testing weekends, a team that fails to get significant mileage out of their car is likely to be suffering from major reliability pains that are unlikely to be solved by the first race of the season. But in just one weekend of running, just one problem that would only derail a car for a single session during an actual race weekend can wipe out a full day of useful data-gathering.

With McLaren’s switch to Mercedes engines representing the only significant change on the entire grid, last year’s races are a much better barometer for a team’s reliability a team’s ability to run consistent laps in three total days of testing.

Lap times are even more deceiving. With each team getting so little time on track, different programs are forced to prioritize different things with their opportunities to run in anger. Sure, a team may lower their fuel load, throw on the softest available tire, and try to put down a qualifying lap, but at the same time another team may be running a full-length race simulation. Those laps obviously cannot be compared, but different track conditions at different times of day mean that qualifying laps set at 10 a.m. on Friday are incompatible with those set at 3 p.m. on Sunday.

Teams also run their cars in different specifications, with some teams electing to hide potentially race-winning technologies until the actual season and others even being known to test outright-illegal pieces for the purpose of gathering knowledge on how useful a workaround that accomplished the same goal legally could be.

Mercedes, for instance, had a catastrophic gearbox issue in the morning session, limiting Valtteri Bottas to just six total laps. After the faulty component was swapped out, Lewis Hamilton was able to run a relatively healthy 46 laps, but ended up finishing two full seconds off the leading pace. He did all of his running in the afternoon, after a sandstorm briefly impacted the track.

Hamilton was also the first to turn meaningful laps in the only car on the grid that had not been shaken down prior to the test, and likely spent a good chunk of that time checking boxes to ensure functionality and reliability. Max Verstappen set the session-leading time when the track was fastest in the late afternoon, but, while neither Mercedes nor Red Bull would tell you which team was trying to accomplish which goals during that fast hour of running, it is safe to assume that he was aiming for a quicker time than Hamilton when the track was at its quickest.

The @Aramco Pre-Season Test in Bahrain has officially come to an end 🇧🇭@Max33Verstappen was the fastest overall, with a lap time of 1:28.960 🚀#F1 #F1Testing @redbullracing pic.twitter.com/wwcDMCYYoZ

This is not to say that Mercedes is immune to struggles. It is entirely possible that the minor changes the program made to their 2020 competitor were both enough to ruin the car’s relatively stable reliability and not enough to keep the team’s massive lead on their opponents, but it is unlikely that either is the case. Of course, Mercedes was publicly worried about reliability after much more extensive testing before the 2014 season. The team was also two full seconds behind Ferrari in the first testing session of 2019. won both championships handily, and won all but nine races over those two seasons.

The car may no longer have Dual-Axis Steering, but their 2021 challenger is effectively the same and will be competing against a grid of other cars that are effectively the same. While it is entirely possible that Red Bull has suddenly caught the wire-to-wire leaders of the turbo hybrid era with just a few minor changes, that will not actually be clear until the teams acutally line up to race at Bahrain in two weeks. Until then, there is no real conclusion to draw from on-testing. 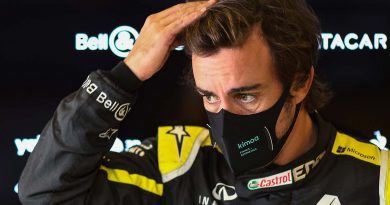 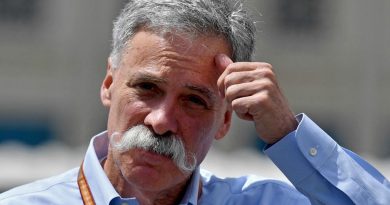 F1 in talks to save Vietnam GP after postponed rumours 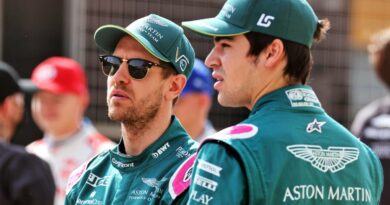