Home » Racing » Hamilton: A mistake, nothing to do with pressure 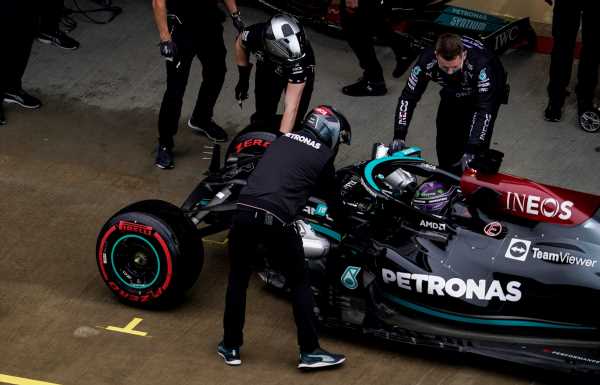 Handed what, at least on paper, looked like an easy run to a front row grid slot while his title rival lined up P20, Lewis Hamilton insists he did not crack under pressure in qualifying for the Russian Grand Prix.

The Mercedes driver was P1 midway through Q3, his intermediate tyre run the time to beat.

But with the conditions improving the drivers, led by George Russell, headed back to the pits for slick tyres. Hamilton followed them in only to make a mistake as he entered the pits and hit the wall.

Damaging his front wing, he first had to have a new one put on his W12 before his mechanics could change his tyres to slicks and send him out for one quick run.

He finished qualifying down in fourth place on a day when many expected Mercedes would lock out the front row of the grid.

“It’s really nothing to do with pressure, honestly,” Hamilton said as per Autosport.

“It really wasn’t a pressure scenario. It’s literally just [that] mistakes do happen.”

Max Verstappen, who will start Sunday’s race from the very back of the grid in 20th place after incurring an engine penalty, was surprised by his title rival’s mistake.

It was a messy end to Q3 for @LewisHamilton

A tangle with the pit wall led to a race against time for his second flying lap, which ended with a bit of a spin 👀#RussianGP #F1 pic.twitter.com/PaSUmxHDNs

“Lewis should not make that mistake in the pit lane, but he knows that too,” the Red Bull driver, who leads the title race by five points, said to De Telegraaf.

“If you’ve driven into the pit lane a few times in these conditions, I think you understand how slippery it is. But I don’t know exactly what happened to him.”

Hamilton explained: “In the previous times coming in the pit lane, you could take it really quite slowly.

“The track was drying and the grip was quite good, and [I] came in and just took it a little bit quicker than normal and just lost the back end and slid into the wall.

“Yes, of course, embarrassing, [I’m] disappointed in myself that I’d had it, but shit happens.

“We all make mistakes, and of course it’s not what you would expect a World Champion to do.”

Mercedes motorsport boss Toto Wolff was also quick to rubbish talk of pressure getting to Hamilton.

“I think it wasn’t the pressure, because it was clear that Max was starting from the back,” Wolff said.

“Why that happened, I can’t say. I don’t think it’s the pressure of the championship. And he wasn’t the only one to whom that happened.” 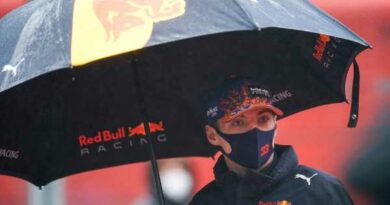 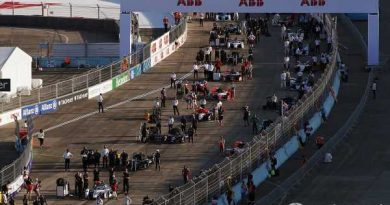 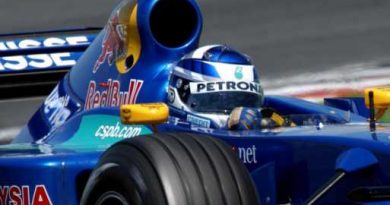 'Schumi told Sauber Kimi Raikkonen would be a big one'