Mick Schumacher has said Haas are bracing themselves for a tough month of July as we hit one of the busiest periods of the season.

Starting with the British Grand Prix this weekend, teams will have to navigate four races in just five weeks and the run could make-or-break teams’ seasons.

For Haas, they will be looking to rediscover their early pace that saw Kevin Magnussen take P5 in his comeback race but retirements and crashes have seem them slip down the pecking order.

They are currently ninth, 12 points behind seventh-place AlphaTauri, but Schumacher has said it is a matter of putting in those moments of extra effort when necessary.

“It will definitely be very tough,” the 23-year-old said. “We know anyway how tough a race weekend is and that just means we’re going to have a lot of them. For the team and everybody it’s consuming, so it’s a matter of putting in those moments of extra effort when necessary but also shut off if that helps so you don’t run out of energy, because it’s a long season to go.

His team-mate Magnussen agreed it would be a hard month for the team but said he personally was looking forward to it.

“It’s going to be a hard month for the team – especially the mechanics,” the Dane said. “For drivers, it’s a walk in the park so it’s not something that I’m dreading at all, I’m actually looking forward to it.

“If you have a bad race, you go straight into the next one and also because they’re in Europe, it just feels so much easier. You can travel to the race on Thursday morning and for a lot of people they’re home on Sunday night. It feels easier than having two races in Asia in one month let’s say.”

Team principal Guenther Steiner was wary of the “pretty intense” period but said he hoped some good results would take the pressure off.

“It’s not about keeping the focus but because we have 22 events, we need to get them in at some stage and I think having them bunched up before the break is better than after the break.

“It will be pretty intense but hopefully we’ll get some good results so hopefully the intensity won’t be as bad as when you have not-so-good results. I’m sure the team will be tired after the four but then we have a few weeks to recharge our batteries.” 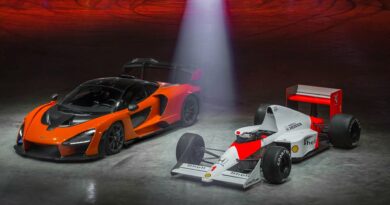 McLaren Denies It's Been Bought By Audi

Why Fans Should Like Sprint Race Qualifying in Formula 1