Home » Racing » George Russell commiserates with Lando Norris: 'I know how it feels' 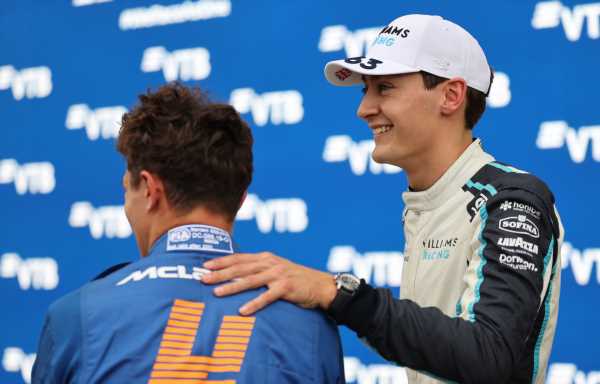 Understanding the pain of losing a first F1 victory, George Russell says he feels “really bad” for Lando Norris as it is “every driver’s worst nightmare”.

Last season, racing at the Sakhir Grand Prix in a one-off appearance with Mercedes, Russell was leading the race and looked to be on course for a first win.

And then the team botched his pit stop, he fell down the order, suffered a puncture, and P9 was the end result.

This past Sunday his compatriot Norris suffered similar heartbreak, the McLaren driver leading the Russian Grand Prix only for the rain to throw up late drama.

Refusing to pit, believing that he could hang on for a few laps, Norris slid off the track on his slick tyres as Lewis Hamilton, who had pitted for intermediates, took the lead and the win.

“It is every driver’s worst nightmare, leading a race and the rain starts coming down,” Russell told Sky Sports F1.

“I feel really bad for him. I think I have been there, I know how it feels.

“He will have more victories to come.”

Keep your head up mate. That W is coming. 👊

While Norris finished the grand prix down in seventh place, eventually stopping for wet tyres, Russell benefitted from the rain as he improved from P12 to finish the race in tenth.

The Williams driver had been running as high as P3 in the early laps, having started third after another incredible lap in qualifying, but fell down the order after his first pit stop of the day.

When he stopped for inters, he was elevated up the order but, running used inters having used all of his allocation in qualifying, he again lost places.

“I don’t think we could’ve done much more better on the slick tyres, there was maybe slightly more in the wets, but overall I think it was a good race.”

“P8 was probably the maximum, maybe slightly higher,” he added. “I thought we did a very good job managing everyone, and then when the rain came, we pitted at the right point, but we really really struggled.

“I don’t know if it’s because we were on old tyres because we used every single set of inters [in qualifying] and definitely a few cars around us who had new sets of inters and were much much faster than us.

“Nevertheless, it’s still P10. We’d have taken that prior to the weekend. Obviously not what we would’ve wanted from P3, but we have to be realistic as well.” 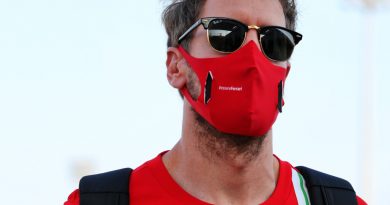 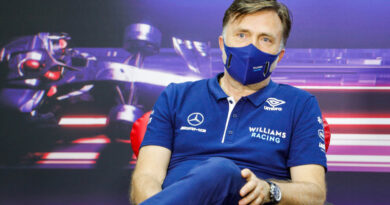 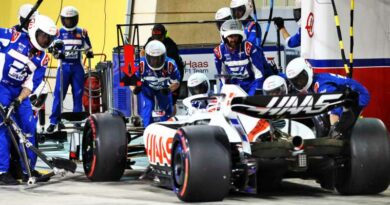