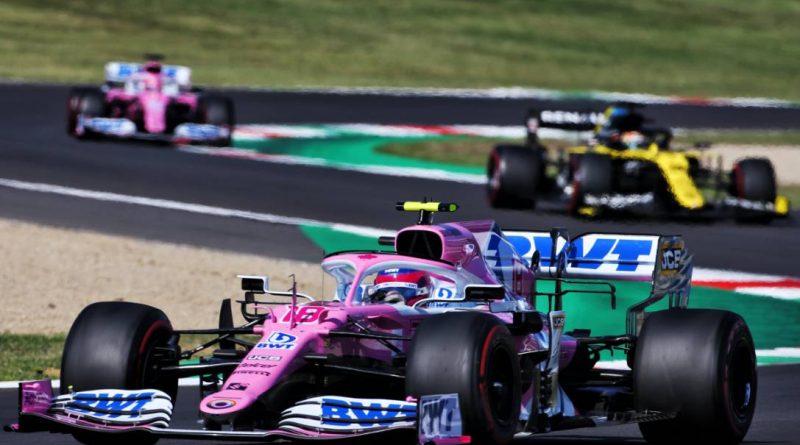 Lance Stroll felt a second consecutive podium finish had got away when an issue with his car caused him to crash out of the Tuscan Grand Prix.

The Canadian finished third at last week’s Italian Grand Prix and was targeting the same position when he spun his Racing Point at Arrabbiata 2 and speared into the tyre barrier, causing the race to be stopped for a second time while his badly-damaged car was recovered.

Catching the two Mercedes of Lewis Hamilton and Valtteri Bottas, that finished first and second respectively, was out of the question for Stroll, but he was gaining on Daniel Ricciardo who was running third in his Renault at the time.

“It’s a shame we couldn’t bring it home today,” said Stroll. “I don’t know if there was a puncture or a suspension failure, we’ll have to look into it. It felt like a puncture but at that speed it’s so hard to tell what it was. We’ll do some investigating and find out.

“We had great pace and we were on for a podium, we were hunting Danny Ric and it was going to get exciting there at the end but that’s just how it is.”

Such a shame what happened today. We were in a really good position, fighting for the podium! I'm grateful I walked away with no injuries and I want to thank @F1 and the @fia for all the safety standards they have implemented over the past years. We will be back stronger 💪 pic.twitter.com/kX0Pr3QIt7

At least it was another encouraging display from Stroll, albeit he is now down to sixth in the drivers’ World Championship standings.

“I’m pleased with how the upgraded package performed this weekend and it gives us a good platform for the coming races,” he added.

“We were able to make a good start to the race and get a good launch at the restart to keep out of trouble until late on.

“It was an unfortunate result and sometimes that’s how the cookie crumbles, but I’ll take the positives.”

However, there were some points for the team courtesy of Sergio Perez, who finished P5 in the first race since it was announced he will be leaving Racing Point at the end of the season to make way for Sebastian Vettel.

“It was a very crazy race,” said the Mexican. “It was just about keeping cool with so many starts today, that was the key to it.

“In the end I’m pleased with P5 because I had such poor pace, especially in the first stint. I think we got the set-up completely wrong.

“We corrected for the second and third stints but still there was a lack of pace, so to get P5 in those conditions I think we can be happy.” 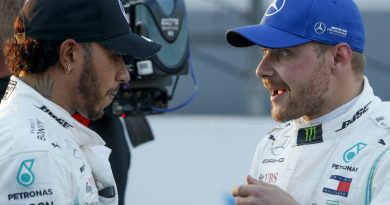 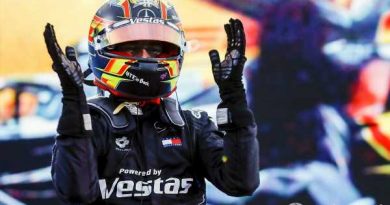 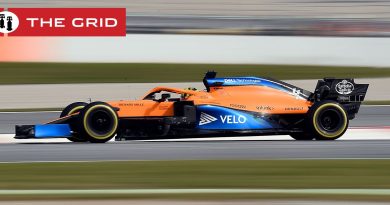