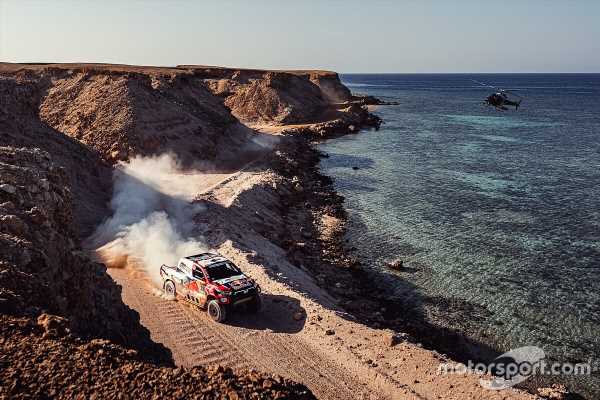 Nasser Al-Attiyah believes buggy competitors at the Dakar Rally have an inherent advantage over his Toyota Gazoo Racing squad ahead of the showdown in his victory battle with Stephane Peterhansel.

The three-time Dakar winner trimmed overall leader Peterhansel’s advantage by 49 seconds on Stage 10, finishing second to Yazeed Al Rajhi on the stage, to see the French driver’s lead stand at 17m01s ahead of the penultimate day.

Despite remaining in the victory fight throughout, the Qatari feels he’s been on the backfoot against the X-raid Mini buggy runners which have been able to cope better with the harsher terrain compared than his Toyota, most notably suffering much fewer punctures on the rock sections.

“I’m a bit frustrated, it’s not a battle between myself and Stephane, I have no problem to challenge the pilot, we have proved that together with Stephane and his teammate Carlos [Sainz] we are always there,” Al-Attiyah told Motorsport.com. “For me it’s a lost battle between four-wheel drive and the buggies. The rules are too much in favour of the buggies.

“My speed and the excellent work done by Matthieu [Baumel] my co-driver are not enough to close the gap between the two.

“Navigation mistakes but also punctures have determined the race. From the start of the rally to today, our team had 60 punctures vs 14 of the Mini X-raid team. This data alone speaks for itself. The buggies have bigger tyres so they go smooth on the rocks, whereas for us it’s a nightmare.

“Today it was more sandy terrain so we could push, but when there are rocks, like yesterday we struggle. Today we also didn’t want to take unnecessary risks to avoid to lose more time.”

Peterhansel is content with limiting Al-Attiyah’s attack over Wednesday’s stage but is adamant the victory battle remains far from over with tomorrow’s gruelling 598km Alula Yanbu stage to come.

“There are still more kilometres to do, so we keep our heads down,” 13-time Dakar winner Peterhansel said. “Every day we try to do our job at the best, because a navigation mistake can cost you a lot.

“The navigation is designed to throw the drivers off track, so also today it wasn’t easy. Yesterday we gained a lot, while today we didn’t get lost, but we hesitated a lot.

“All in all we are satisfied, we lost very little time to Nasser and that’s what really matters.

“The tension goes up as soon as you start to hesitate, so that’s when you need to stay as calm as possible.” 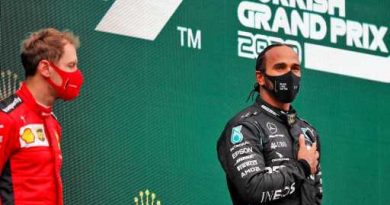 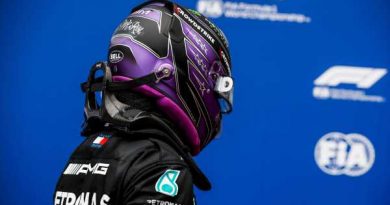 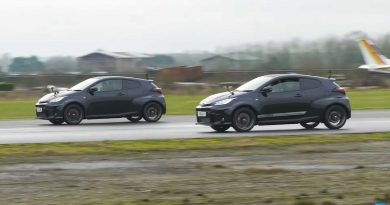