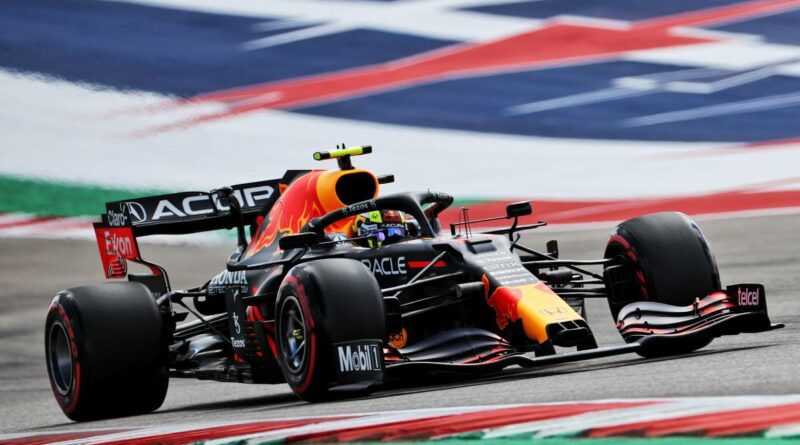 Sergio Perez put himself top of the timesheets for the second consecutive day to boost Red Bull’s pole-position hopes at the United States Grand Prix.

Fastest in FP2, the Mexican repeated the trick in the last track running before qualifying at the Circuit of The Americas – but he was helped by the track-limits rules.

Both of the World Championship protagonists, Lewis Hamilton and Max Verstappen, had lap times deleted that would have put them in front of Perez.

Nevertheless, it was good news for Red Bull, who must have feared Mercedes‘ recent pace advantage would again manifest itself in Austin.

Apart from Sebastian Vettel, who will start the race from the back of the grid due to an engine penalty, nobody was keen in the opening minutes to give the huge 120,000 Saturday crowd some early on-track action.

That may have had something to do with teams not wanting to burn through sets of tyres, with drivers having complained of high degradation in Friday practice and some suggesting it could be a two-stop race.

Hamilton set the initial standard with a 1:35.814 and it was 17 minutes into the session before there was any sort of real exodus from the pits with Perez, who had been fastest in FP2, again putting himself top of the standings.

That was until a front-wing tweak on his W12 enabled the World Champion to leapfrog the Mexican, but soon a Red Bull was fastest once more as Verstappen, who had struggled with traffic to produce a qualifying sim lap in FP2, nailed his first effort.

Valtteri Bottas was not enjoying such a good start to his day, having his first lap time deleted for exceeding track limits, before flat-spotting his tyres with a spin.

The Finn, winner in Turkey two weeks ago, will know he cannot start from pole position as he faces a five-place grid penalty for taking new engine parts for the sixth time this season.

George Russell, another driver among the three – the third being Fernando Alonso – facing a back-of-the-grid start due to an engine penalty, spun off more spectacularly and admitted over team radio he had been “over-optimistic” as Verstappen then became the first man to break 1:35.

The World Championship leader was joined in that feat by Bottas with his first legal lap, just as Verstappen was having his rear wing changed as Red Bull team principal Christian Horner revealed to Sky F1 an eagle-eyed mechanic had spotted a hairline crack.

As the session entered its last quarter, a new name appeared at the top of the leaderboard in Carlos Sainz, whose recovery drive from the back of the grid last time out in Turkey, having been fitted with Ferrari’s upgraded engine, earned him the Driver of the Day award.

He was not there for long though as the big-hitters made their final adjustments ahead of qualifying and Perez outpaced the Spaniard, while both Verstappen and Hamilton had laps that would have put them No 1 struck off for track-limits infringements.

Sainz ended up second ahead of Verstappen, with Bottas and Hamilton only fifth and sixth respectively just behind Lando Norris – although they will not be unduly concerned provided they can stay within those pesky track limits. 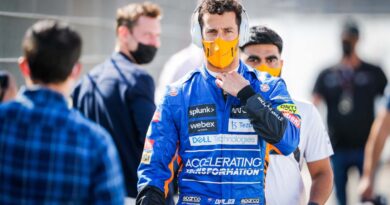 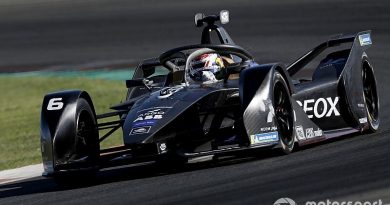 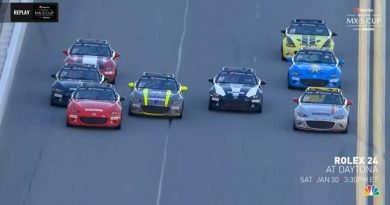