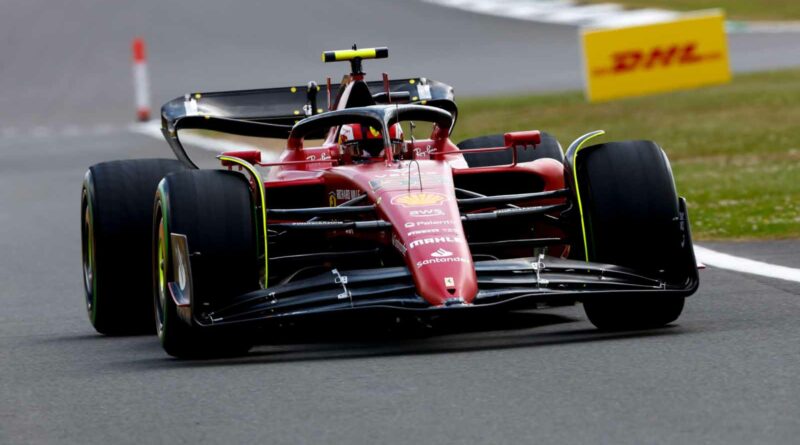 Carlos Sainz went fastest in FP2 at Silverstone on Friday, with two home heroes lapping just behind in Lewis Hamilton and Lando Norris.

Max Verstappen and Charles Leclerc rounded out the top five in FP2, with Fernando Alonso appearing competitive once again by placing sixth in the session.

With rain in FP1 almost entirely wiping out the plans of the teams, many of which having brought various upgrades with them to Silverstone, the dry track was quickly full of Formula 1 cars as they looked to make up for lost time.

Verstappen voiced his concern over team radio about a noise coming from his Red Bull, and he and others were struggling with a different kind of weather early on – with a tailwind catching a couple of drivers out.

Norris had to abort at Abbey with a snap of the steering wheel as the breeze stopped him finding the apex, while Verstappen locked his right-front into the following braking zone at Village, with Hamilton and Leclerc also going awry at the same corner.

Mercedes’ mass upgrade package combined with a smoother track surface at Silverstone led to thoughts that they could be closer to Ferrari and Red Bull this weekend, but Hamilton took to the radio to say he was still experiencing bouncing at high speed.

But a 1:29.462 was the benchmark from Leclerc in the first 20 minutes of running, with Sainz eight-hundredths behind and a further four tenths back to Verstappen in third, with Ferrari appearing on the pace from the start.

Qualifying simulations started shortly afterwards, and Norris was the first to depose the Ferrari drivers’ medium tyre times, putting himself top of the standings on a 1:29.118.

Sainz then pipped his old team-mate to get to the front himself, becoming the first person to dip below 89 seconds by clocking a 1:28.942, which left him at the top at session’s end.

Other drivers’ flying laps came through one by one, Hamilton being one of the last to do so – and shot up behind Sainz just 0.163s off the Ferrari driver, in what will be an encouraging sign for Mercedes.

Norris had an uncomfortable moment in his pit box, though, when the rear jack collapsed without replacement tyres on, leaving the Briton with a bumpy landing and possibly rear floor damage on the McLaren.

A bumpy pit stop for Lando 😮

Looks like the rear jack failed before the tyres were strapped on#BritishGP #F1 pic.twitter.com/caQ9hqlhFo

The final 15 minutes saw attention switch to long run simulations for the drivers, as the cars fuelled up and took the chance to get an extended stint under their belts and gather further data.

So Sainz and Ferrari led the way, with five different constructors in the top six places, and all eyes will be back on Silverstone on Saturday for FP3 and qualifying. 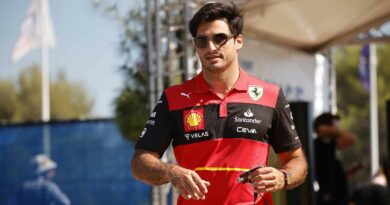 Carlos Sainz hints at further penalties in France this weekend 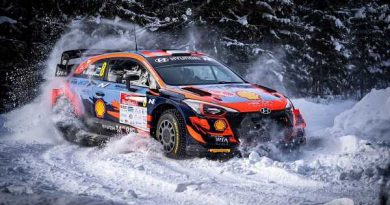 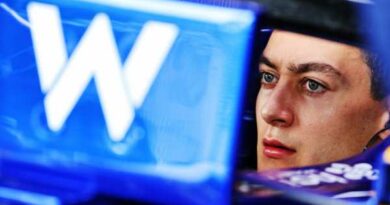