Fernando Alonso felt a podium finish was possible for him at a frantic Russian Grand Prix, but he ultimately had to settle for P6 on Sunday.

Alonso had been running well throughout the race and even found himself in the podium positions at one stage, with cars swapping to intermediate tyres amid a mad scrap taking place behind Lando Norris and Lewis Hamilton.

Having qualified on the third row as well, Alpine and Alonso had been having a positive weekend – but the two-time World Champion felt that a higher finish was available to him at Sochi.

“We finished sixth, but I think third place is more of a true reflection of our finishing position today,” he said in Alpine’s post-race review. “It all came down to luck in the end with the rain coming so late on. It was like a flip of a coin.

“Some cars stopped one lap earlier and I was in third position when it really started to rain. It was impossible to predict.

“Nevertheless, sixth is a good result for us and we deserved it. We looked competitive throughout the race, so there are lots of positives to take away.”

He added to the official Formula 1 website: “It’s a good place for the team and the Constructors’ points, but I think today we did a very good race.

“We had amazing pace. We could keep up with Perez in the first stint, and after the first pit stop we did overtake even Verstappen at one point.

“The car was flying today and I think we deserved more. I really thought the first podium was possible today, and on merit, not luck – just by pure pace.”

Best race of the year so far and podium position until the rain lottery arrived.
P6 are great points for constructors championship 💪.
Great work from the whole team and hopefully we keep this progress into the next races 👍👍😇

There were contrasting fortunes on the other side of the garage, however, as Esteban Ocon fell out of the points and could only manage a P14 finish on Sunday.

He was one of several drivers to try and stay out on slick tyres towards the end, and he ended up regretting that decision.

“It was not a good race for us today and, in general, we haven’t had the pace all weekend,” said the Frenchman.

“It’s disappointing, of course, not to score points, especially when there was an opportunity at the end with the wet conditions.

“We didn’t make the right decision at the end and it was a risk to stay out on track on dry tyres. It’s one of those days we have to forget, and we’ll move on, analyse what happened, and come back stronger for the next race.” 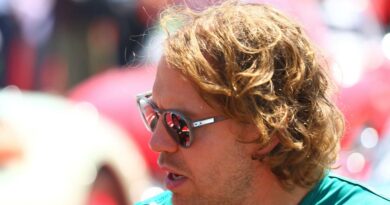 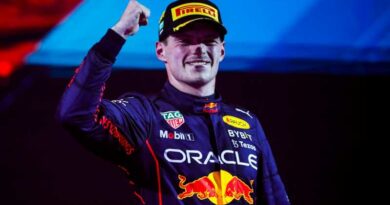 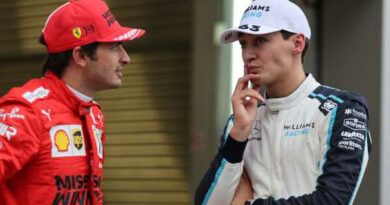