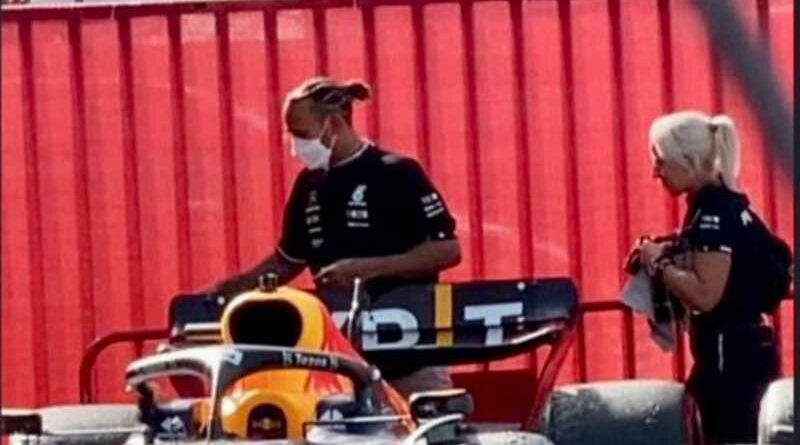 A video clip appears to dispel any suggestion that Lewis Hamilton was handling the rear wing of Sergio Perez’s car after the Spanish Grand Prix.

A picture has been published that looks to have been taken some time after the race at Barcelona in which Hamilton, wearing Mercedes team clothing and a face mask rather than his race suit, appears to have his right hand on the rear wing of the Red Bull RB18.

The seven-time former World Champion had been called to the Circuit de Catalunya’s medical centre after the race to provide a sample for a doping test, by which time the cars had been lined up in parc ferme.

Touching another car in parc ferme is against the regulations – of which Max Verstappen fell foul in Brazil last year when he handled the rear wing of Hamilton’s car at the end of qualifying and was fined 50,000 euros.

Although in the still image it appears Hamilton has his hand on the Red Bull, at which he is looking down, followed by his trainer Angela Cullen, it is not conclusive that he is touching it – it could be argued he is squeezing through in between the car and a railing.

And a video clip, posted by @LuisArochi24 on Twitter, backs up that theory as the duo appear to be keen not to make any contact with the car and risk being the subject of an FIA investigation, as Verstappen was at Interlagos.

The fan footage from the Lewis Hamilton 'leak' appears to show the Mercedes driver merely squeezed past the rear of Sergio Perez's RB18. #F1 pic.twitter.com/e7DGmdyeQQ

There was also a complication when that incident occurred last November as the Mercedes rear wing failed scrutineering, which meant Hamilton was excluded from the qualifying results – yet, on a sprint weekend, he still came through to win the grand prix.

Article 60.5 of the 2022 Formula 1 sporting regulations states “drivers must not interfere with parc ferme protocols in any way”, with Verstappen’s defence in his case at Interlagos having been that it was something drivers do regularly.

The FIA said at the time: “It is clear to the stewards it has become a habit of the drivers to touch cars after qualifying and the races.

“This was also the explanation of Verstappen, that it was simply habit to touch this area of the car which has been a point of speculation in recent races between both teams.

“This general tendency has been seen as mostly harmless and so has not been uniformly policed. Nevertheless, it is a breach of the parc ferme regulation and has significant potential to cause harm.” 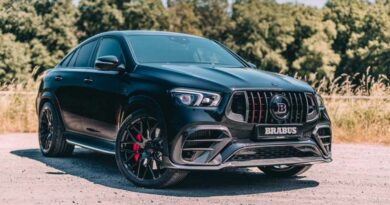 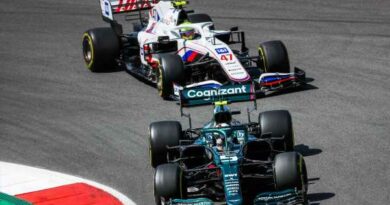 Lewis Hamilton: ‘Max Verstappen is six years in, I was in my second year’