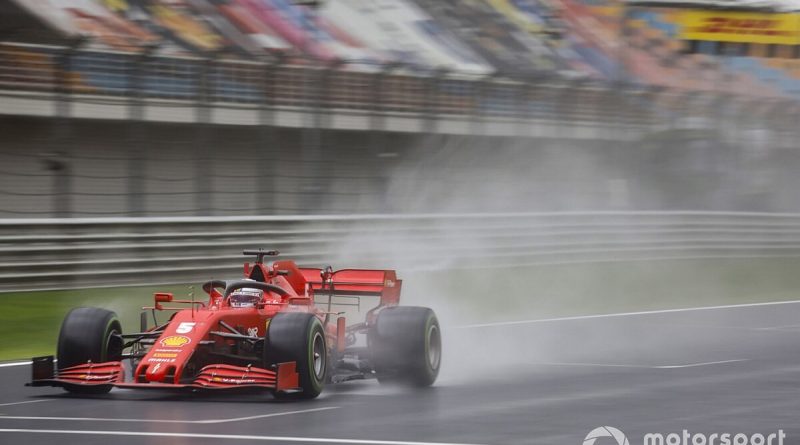 Sebastian Vettel believes a late switch to dry tyres could have given Ferrari a chance to win the Formula 1 Turkish Grand Prix, but was “very happy” with a podium.

Vettel scored his first podium finish of the 2020 season at Istanbul Park on Sunday, snatching third place from teammate Charles Leclerc with two corners to go.

The German driver surged from 11th to fourth on the opening lap, and was able to avoid making any errors in rainy conditions to grab third place.

“It was quite intense, quite long, but good fun,” Vettel said.

“I had a really good opening lap and I think I found myself already in P4. I was quite happy on the extreme [wet tyres] then we switched to inters, it was a bit more difficult in the beginning, and only towards the end we started to find the pace again.

“It was very intense in the last lap. A bit of a surprise to get to snatch the podium at the end, but certainly very happy. I think it was a really enjoyable race and very tricky conditions.”

Vettel ran a two-stop strategy en route to third place, but considered a switch to slicks in the closing stages as a drying line emerged on-track, but was warned off for fear of a late rain shower.

Vettel said he thought a switch to dry tyres could have given Ferrari a realistic chance to win the race, but understood the decision to stay on intermediates.

“With 20 laps ago I was thinking about dries, because the circuit was constantly drying and the tyres were worn, so ultimately we had slicks,” Vettel said.

“I think it’s just a matter of nobody dared to put them on and there was some rain forecast in the end which didn’t come.

“I would have really liked to put them on, because I think that would have been a chance to win, but yeah, equally happy with third.”

Vettel sat fourth heading onto the final lap as Leclerc bore down on Sergio Perez in third place, capitalising on an error by the Racing Point driver exiting Turn 10.

But Leclerc then ran wide at Turn 12 after getting onto the marbles when passing Perez, causing him to lock up and allow both Perez and Vettel through.

“I saw that Charles was quite close to Sergio, and I heard that Sergio was just struggling with his tyres,” Vettel explained.

“The laps before, I was already chasing them down and then I could see them fight. And as soon as I saw Charles locking up, obviously I saw that there’s an opportunity for me.

“It was very close as well with Sergio. I think he had nothing left on his tyres.” 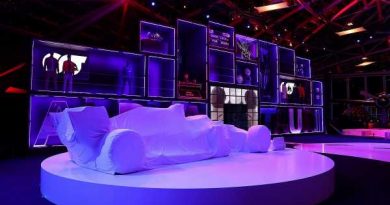 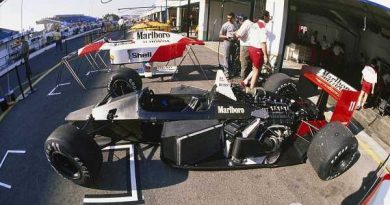 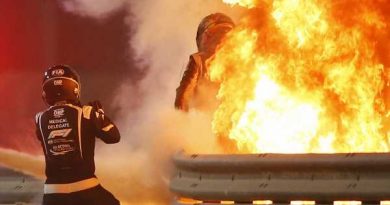 F1: How overalls and new rules saved Grosjean from the fire