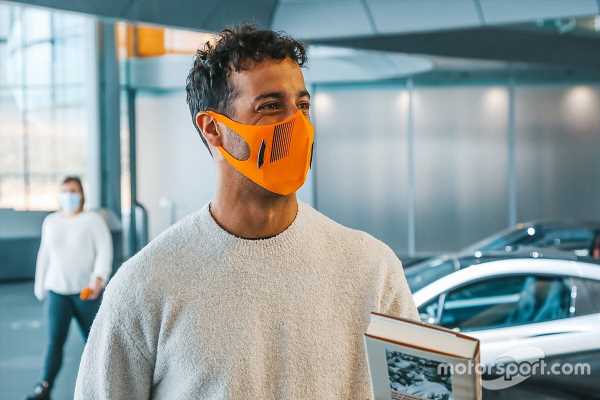 Daniel Ricciardo believes a repeat of his Renault tattoo bet will be off-limits at McLaren, but has set his sights on a wager surrounding Zak Brown’s classic car collection.

Seven-time grand prix winner Ricciardo has joined McLaren on a three-year contract ahead of the 2021 season following a two-year stint at Renault.

When Ricciardo signed for Renault, he agreed with team principal Cyril Abiteboul to get matching tattoos when he scored his first podium, which was achieved at last year’s Eifel Grand Prix.

Ricciardo had hoped to meet up with Abiteboul before the end of last year to get the tattoos, but revealed on Monday that they are yet to do so.

“You will definitely know when I get done with Cyril,” Ricciardo said. “Unfortunately, it hasn’t happened yet. But it will, it will. And we certainly left on the terms that there was still some unfinished business, that business being the tattoo.

“I hope it does happen. Obviously sooner rather than later, but it definitely will.”

When asked by Motorsport.com if he would look to enter a similar wager with McLaren Racing boss Brown, Ricciardo revealed that Brown had already suggested it was off-limits.

“We were just only a couple hours ago having some lunch with Zak and he mentioned something about him hating needles,” Ricciardo said.

“So I can’t see the tattoo thing happening with Zak. But we’ll think of something else.

“I know he’s got a pretty good car collection so maybe we could just bet for one of his cars or something!”

Ricciardo is set to complete his first outing in the newly-launched McLaren MCL35M car on Tuesday at Silverstone, having worked with the team in recent weeks at its Woking factory to get up to speed ahead of the new season.

Ricciardo felt that integrating with a new team was always the biggest challenge a driver faced when switching squads and learning to make a difference off track as well as on it.

“[It’s] fitting in, in terms of feeling like you’re part of the team, so being integrated, not only into the driving side, but into all of it, into the engineering and into the strategy,” Ricciardo said.

“I’ve already had so many meetings here at the MTC with not only my engineer, but really with the whole racing department.

“So it’s kind of like feeling like you’re sitting in the room with with a voice, I guess, and with enough knowledge that what you say will be taken on board.

“That kind of integration into all areas of the race team, that’s probably got a lot more power than just being the driver and only the driver.

“That feeling you can sit in every room and have a presence, that’s probably most important, but it also kind of the most difficult thing to get going.” 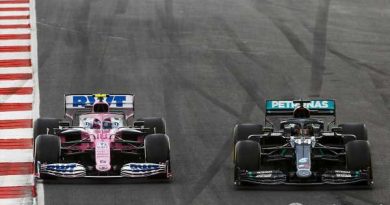 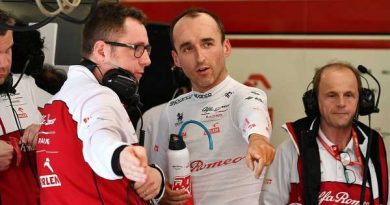 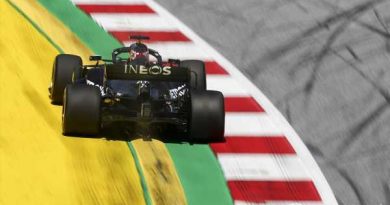 What’s at the heart of Mercedes’ recent F1 gearbox trouble?