FIA President Jean Todt believes Formula 1 should reintroduce refueling, a practice that has been banned for a decade.

It is a common criticism of modern F1 that the races are too formulaic. One pit stop, usually about a third of the race in, and often minimal passing due in large part to the fact that drivers are trying to save fuel and rubber.

In-race refueling was banned from the sport starting with the 2009 season. However, two of the key advantages refueling brings are the ability to run the cars lighter and the chance to vary race strategy, both of which would combat current problems.

“Cars are probably becoming a bit too heavy,” said Todt. “That is something we discussed. I am pushing for analyzing what it would mean if we reintroduced refueling. Because if you reintroduce refueling then you will have lighter cars at the start of the race, and you can have smaller cars.”

Teams may not be on board with the idea citing the cost of designing and transporting fuel rigs, but Todt says these aren’t opinions which he shares.

“Sometimes I hear that it will be more expensive and honestly it makes me smile,” said Todt. “When I see the size of the motorhomes, I don’t think that it’s really the price which will be a killer.

“We should go for refueling. But then I’m happy to have a very good investigation, with a plus and minus, which we will do.” Ferrari: F1 politics one of our main weaknesses 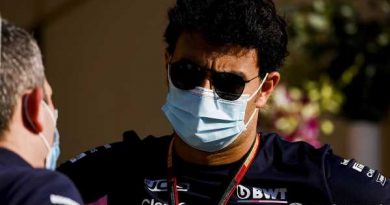 Perez says Red Bull his only option to stay in F1