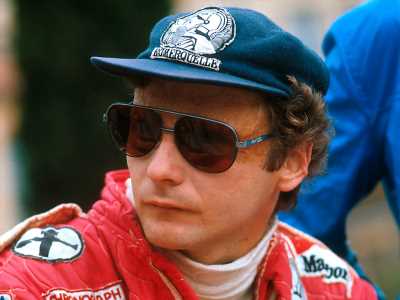 Niki Lauda died on Monday at the age of 70.

The Austrian three-time Formula 1 World Champion was one of the key players in F1 from the early 1970s. His celebrated battle for the 1976 World Championship with James Hunt played an important part in transforming the sport into the massive TV spectacle it would become.

Lauda was fighting for the championship when he crashed at the dangerous old Nürburgring in August. He was trapped in his flaming Ferrari and was only saved because fellow drivers Arturo Merzario, Harald Ertl, Brett Lunger and Guy Edwards battled to pull him from the wreckage.

Lauda had suffered terrible burns — notably to his lungs — and was not expected to live. He was even given the last rites, but he refused to die and fought back to return to F1 six weeks after the crash. He was bloodied, scarred and frightened, but he overcame his fears and continued his battle for the title.

Ferrari had not expected him to return and had signed Carlos Reutemann to replace him, and so the team had to run three cars for the rest of the season. Miraculously, Lauda finished fourth in his return at Monza. He continued to fight Hunt for the World Championship until the season finale in torrential rain at Mount Fuji in Japan, where Lauda made the courageous decision to retire because he believed conditions were too dangerous to continue. It is a story that was told in the 2013 movie “Rush,” directed by Ron Howard.

Remarkable though it was, it was just one chapter in Lauda’s extraordinary life, which included two kidney transplants: the first from his brother Florian in 1997 and the second from his wife-to-be Birgit Wetzinger in 2005. Eight months ago he underwent a double lung transplant from which he was slowly recovering before kidney problems struck again.

Nicknamed “The Rat” because of his pragmatic attitude to life, Niki’s story was an inspiration to people all around the world, his fame transcending the sport and his scarred face being a constant reminder of the grit and determination that kept him alive.

“His unique achievements as an athlete and entrepreneur are and will remain unforgettable, his tireless zest for action, his straightforwardness and his courage remain a role model and a benchmark for all of us,” his family said in a statement announcing his death.

Born into a wealthy and well-connected family in Vienna, Lauda rebelled against the system as a youngster, his parents being opposed to his ambitions to go racing. His grandmother helped him buy a Mini, and he started competing in local events and hill climbs.

He moved on to Formula Vee and borrowed more and more money to climb the racing ladder, falling out with his family as a result. He made his F1 debut in a rented March at the Austrian GP in 1971 and then borrowed more money to buy a full-time ride with March in 1972. He showed well in Formula 2, but the F1 team paid him little attention.

He took out another large loan to get a drive with BRM in 1973 but quickly showed his ability by suggesting technical changes that improved the car significantly — plus, he scored good results. The transformation from pay-driver to star came in 1974 when his BRM teammate, Clay Regazzoni, returned to Ferrari and recommended that the team hire Lauda. The result was a year of rebuilding the team under the leadership of Luca Montezemolo.

And then in 1975, Lauda won his first World Championship. After the dramas of 1976, he won a second title in 1977, but his relationship with Ferrari had soured and at the end of the season he signed to drive for the Brabham team, finding a kindred spirit in team boss Bernie Ecclestone.

The team used Alfa Romeo engines, and in 1978 Lauda won the Swedish GP driving the famous Brabham “fan car,” which was subsequently withdrawn by the team. A modified version of the car won the Italian GP that autumn.

There were no wins in 1979. In Canada, despite a switch to Cosworth engines, Lauda walked away from the sport, deciding that he had had enough of “driving around in circles.”

He had previously developed a jet charter business and decided to expand this into an airline, launching Lauda Air and building it up into a respected business, with high levels of service at reasonable prices. One of the side effects of this was that the catering company Do & Co, which worked for Lauda Air, was later introduced to Formula 1, where today it does all the catering for the VIP Paddock Club.

At the end of 1981, McLaren’s Ron Dennis was looking to strengthen his driver lineup to make the most of the revolutionary composite MP4/1 chassis and approached Lauda with an offer to become teammate to John Watson in 1982. Lauda won twice and finished fifth in the World Championship.

The following year was disappointing as McLaren struggled without a turbo engine. But at the end of the year the TAG engine appeared, and in 1984 Lauda and new teammate Alain Prost battled for the title, winning 12 of the 16 races.

Prost won seven races, but Lauda was more consistent and won the title at the last race — by half a point, the smallest ever margin of victory in World Championship history. The following season Prost was dominant, and Lauda won just once before announcing his retirement from F1.

Lauda went back to running his airline, which he expanded from a charter and air taxi service to a scheduled airline in 1987, beginning long-haul flights two years later from Vienna to Sydney, via Bangkok.

Lauda faced another huge challenge in 1991 when one of his Boeing 767s crashed in Thailand after a thrust reverser was deployed in flight. The plane went out of control and broke up in flight, killing all 213 passengers and 10 crew. Lauda conducted his own investigation into what had happened and fought to get Boeing to admit that the pilots could have done nothing to avoid the crash. Boeing later modified the thrust reverser system to prevent a repetition of the problem.

The following year, Lauda was asked by Montezemolo, who had become the Ferrari chairman, to advise the team on how to return to competitiveness. The role was short-lived as Jean Todt soon arrived and Lauda dropped out again.

He returned to the airline business but remained in touch with the sport as a commentator. In 1999, he sold the airline to Austrian Airlines and returned to F1 in a role with the Ford Motor Co., overseeing the Jaguar Racing F1 team. It was also a short-lived appointment as it was a highly political situation. After a year he was replaced, and he started a new low-cost airline called Niki in 2003, while continuing to work as a TV analyst. He sold Niki to Air Berlin in 2011 but later retook it under the Laudamotion name.

In 2012, Mercedes asked him to become a nonexecutive director of the firm’s F1 team (which had formerly been known as Brawn) after it had not been successful in 2010 and 2011. He played a vital role in luring Lewis Hamilton to Mercedes, and in 2013 — after Hamilton had been signed — the team was restructured with Toto Wolff brought in as executive director and as a 30 percent shareholder.

Lauda took 10 percent of the business and became nonexecutive chairman. The two men butted heads early on with Wolff feeling that Lauda was not enough of a team player. He fined Lauda 50 euros every time he said “I” instead of “we,” but this worked and in 2014 Lauda told the team that winning the World Championship meant more to him than his own F1 titles.

That was the turning point in Lauda and Wolff becoming a highly-effective duo, splitting the job between them. Lauda attended all the races until midway through 2018 when he suffered a serious lung infection that resulted in the need for a lung transplant. His recovery was difficult, and there were a number of setbacks, particularly with his kidneys.

In the end, there was no solution.

Lauda was always brutally honest with himself and with the rest of the world. This did not always make him popular, but for a journalist Niki was always a good man to talk to. He gave forthright opinions which usually turned out to be right.

He was universally respected in F1 for his achievements and for his clear thinking, even if at times his comments appeared brutal. It was this single-minded approach that was behind his successes on the racetrack and in business.

Lauda leaves his wife Birgit; their twins Max and Mia, born in 2009; two sons, Mathias and Lukas, from his first wife, Marlene Knaus; and a son, Christoph, from another relationship. 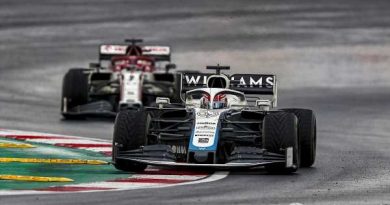 Russell frustrated not to be fighting other fresh F1 talents 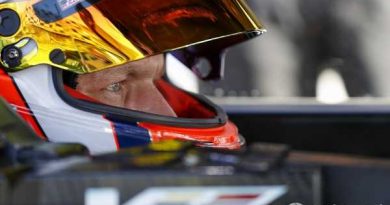 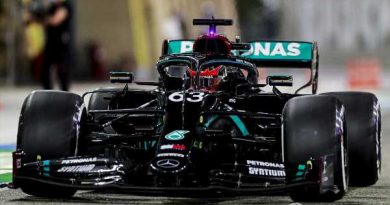 The critical area Russell and Mercedes must ace in Sakhir GP