Esteban Ocon hopes to transform the junior racing success which he had at one of his favourite tracks Imola into Formula 1 success.

For the first time since 2006 Formula 1 is set to make its return to the iconic venue, but instead of the San Marino GP it will host Formula 1’s first Emilia Romagna Grand Prix.

On a weekend where Ocon’s performances in the Renault R.S.20 were starting to be questioned, a solid P8 at Portuguese Grand Prix certainly eased some of the pressure on the Frenchman.

And while Ocon has no Formula 1 experience at Imola, he hopes to roll back the years at one of his favourite tracks where he enjoyed plenty of success at junior level.

“I raced there in 2014 in the FIA European Formula 3 Championship. I have very good memories from that weekend, as it’s when I won the title with one round to go. I won the first race from pole position, finished fourth in the second race and then on the podium again in the final race,” he told the Renault website.

“I’d say Imola is actually one of my favourite circuits and I can’t wait to drive a Formula 1 car there – it will be extra special. I also love racing in Italy, my heart has a big place for this country.”

Ocon’s love for the Autodromo Internazionale Enzo e Dino Ferrari is clear with the Frenchman saying it has an “awesome character”.

“The track itself has some interesting combination of corners with awesome character to them, such as Acque Minerale. It’s slightly downhill, quite fast and then climbs up,” he explained.

“There are a lot of changes of angle at this track and that’s what makes it so characteristic. It has special kerbs too and types of chicanes that we do not see all year. As a driver, you love these combination of corners as it’s the most rewarding thing.

“Imola should have more grip [than Portugal] as the track hasn’t been resurfaced for a long time and it’s used regularly by other series.”

Last time out in @autodromoimola back in 2014 🇮🇹 Awesome memories can’t wait be driving there again😁! #EO31 pic.twitter.com/0Ay8RH3BJM

Ocon earned plenty of praise on his way to P8 in Portugal for completing an incredible 55 laps on the medium tyres, though he is hoping for an even higher finishing position at Imola.

“It was good for the team to have both cars in the points as it was quite a challenging weekend for us. We’ll analyse why we weren’t quite as quick as we have been in recent weeks and look to find improvements for Imola where we aim for a better result,” he said.

“On my side, I was really satisfied to do over 50 laps on the same set of tyres. It was really well managed by the team and I’m happy with how everything went during the race.” 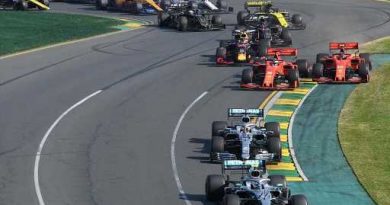 'No chance' Australian GP will go behind closed doors 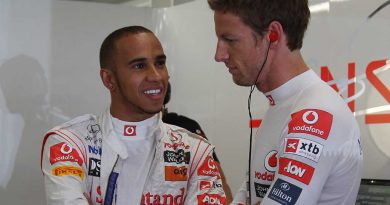 Jenson Button: 'This isn't the Lewis I knew' | F1 News by PlanetF1 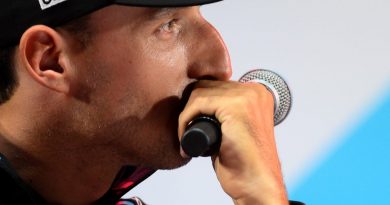