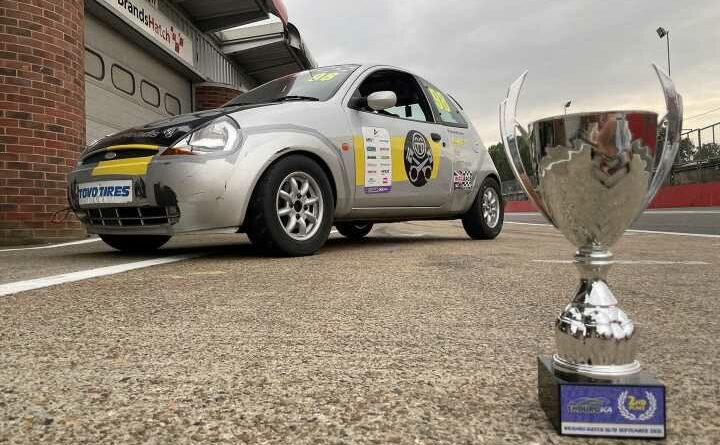 Once a year EnduroKa changes gear and indulges in a bit of proper one-driver sprint action over four 15-minute races. We sent RacingPete along to Brands Hatch on his own; here’s the five hard-earned lessons he came back with…

This season there was meant to be a single control tyre – the Toyo R888R – but due to supply problems, and a ship doing a Nikita Mazepan in the Suez canal, the championship had an issue. Enter stage left, the Yokohoma Advan A050s. This was meant to be a temporary measure so we hadn’t chosen them yet, but the talk around the paddock put them 1 to 1.5 seconds quicker at previous circuits, though with sacrifice on wear – think Soft and Medium compounds for F1. Come the weekend there were enough still left on the grid that Team PH needed to get hold of some to be competitive.

Fitted to the PH car for qualifying, the slightly smaller profile and increased grip were readily apparent. The front end is heavily compromised around most of Brands Hatch, but on the brakes into Druids the car pulled nicely to the apex and through the long tyre-squealing Clearways the mid-corner grip was superior to the Toyos, meaning more entry speed for McLarens. All in all, it meant a 1:03.990, the quickest we’d ever peddled an EnduroKa round Brands Hatch, and put us 5th (after some disqualification for fuel-refilling rule-breaking by two teams ahead of us).

The rules state that EnduroKa and driver combined must not be below 950kg, which in the team endurance events means compromising the stouter racer to help those with unhealthily slim builds. Team PH has been carrying 20kg of ballast to make sure Olly hits the minimum limit through each round. As this is something I carry around on a daily basis, I considered taking the ballast out for qualifying, but lacking time to get on the scales I left it bolted to the floor for fear of being too light.

Brands Hatch is not a long circuit and the qualifying had been tight; we ended 7 hundredths off third place in a five-car gaggle from 3rd to 7th separated by just over a tenth of a second. On the scales at the end of the race I weighed in at 990kg – lockdown had obviously been good to me – or 40kg over the minimum weight. It would be interesting to find a calculation for Ka racing that would reveal what extra weight means in lap time, but having 8.5% more weight – or nearly 3bhp/tonne less – could have meant the difference between putting it on the front row and not.

3. The EnduroKA is built for safety

On the back of every ticket are printed the words: ‘Motorsport is Dangerous’. Unfortunately this year we have had some very rare and sad moments in British motorsport to prove it. When things do go wrong you do want to be in a championship that takes safety seriously, and has chosen and specced the cars appropriately for racing. The Ka was thoroughly researched before choosing it as the MSV’s endurance championship car, with the knowledge that Ford built the platform with one eye on taking it rallying. Double up on that with a multi-braced full roll cage and HANS, and you have a package that keeps you as safe as is reasonably possible in motorsport.

Which is a good thing because the lightweight, short wheel-based formula has seen multiple rollovers, with many cars fixed post-roll at the circuit and sent back out later in the race (we had our own fix last year at Brands Hatch Indy500). Nevertheless in Race 3 we had a biggy. Karl in the Autotech Motorsport ran slightly wide out of Paddock Hill, corrected the slight oversteer, only to have the car snap back, dig into the kitty litter and then rollover the barriers into the catch fence.

The car shed a door, scattered stones that took out three competitors windows and was left resting on its side halfway up an embankment. I watched it all unfold in the rear-view mirror. The marshals, medical teams and extraction crews did the great work they do as always and Karl, after subsequent hospital checkups, was back posting on the EnduroKa Facebook page the next week – a testament to the build quality and additional safety measures installed in the race-prepped Kas.

4. EnduroKa is about racing with your mates

On a normal EnduroKa race weekend, I am surrounded by my teammates; the fact you go racing with all your friends is what makes this one of the best series out there. Unfortunately, this weekend, Olly decided to go to Cornwall, Matt is not a fan of Brands after last time (see above), Sam is on the naughty step for writing for someone other than PH, and Ben is ummm… I’m not sure where Ben was as he lives 10 minutes from Brands Hatch.

I have done races before on my own – a long weekend in Knockhill in a support race for British GT being a notable highlight – but it is useful to have a helping hand, especially when you are playing with new tyre pressures and, as the driver, have to get out of the car to check them yourself. It speaks volumes about EnduroKa though that plenty of those elsewhere on the grid turned up at my sparsely filled double garage to ask if I needed a hand with anything – you may go racing with your friends at the start, but you gain a lot of new ones along the way. Luckily by Sunday, I’d persuaded the wife and kids to come and watch along with PHer Chris who was thinking of entering the racing next year.

5. To finish first, first you have to finish

Heading into the final race of the weekend I’d notched up an 8th, 6th and 5th place, and was feeling a little despondent given my determination to get a trophy for the TeamPH cabinet. Staying in 6th place formation for the rolling lap I kept a keen eye on the leader flooring it for the start of the race, slipstream in place and heading to the outside for Paddock Hill bend I got stuck a little on the marbles and lost the advantage into Druids, 7th – not the planned start.

For a couple of laps I kept watch on the battle from 2nd to 6th in front of me, then heading into Druids the Barwell Ka took a dive up the inside for second and tagged the number 127 car – through the gaggle in front I spotted they were going to be stuck together and went for the outside – the IP racing car hadn’t, and dived up the inside straight into the back of them, which meant three down and up to 4th.

Carnage at Druids on the next lap had left an injured car bleeding coolant all the way down through Graham Hill bend, in an earlier race I had spun 360 on coolant, so with red and yellow flags waved, and in the distance, spotting the leader slipping wide I backed off a little for the expectant grip loss. The pink 23 car of Alex Reade motorsport was seemingly less cautious and spun wide, taking with them the third-place car of Club Racing UK – and second place.

The resulting red flag meant an eight-lap chance to grab first place. Unfortunately, the Octane Junkies boys had been too fast all weekend and with a less interesting race I maintained good lap times and held off the two charging cars behind to grab the podium place. To finish second, you have to finish first!

So what’s next for TeamPH? Well, it’s back to Brands for Indy500 at the end of November, which could be the final hurrah for the team in EnduroKa (unless the rumours of a 24-hour race at Anglesey next year turn out to be true). With the new car now claiming its first podium, here’s hoping the same track might finally deliver our long-anticipated race win! 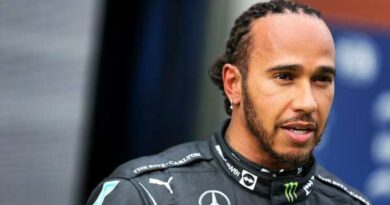 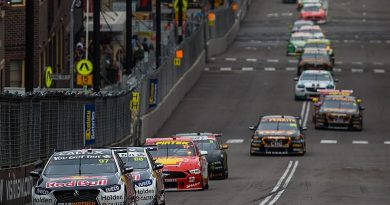 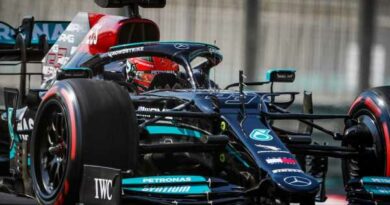