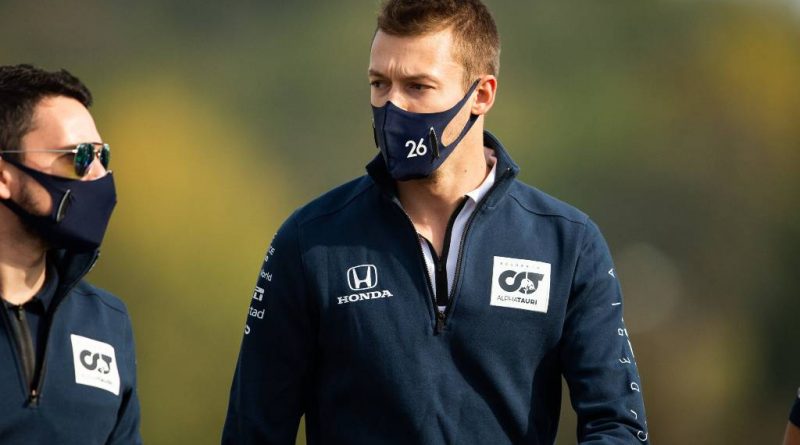 Daniil Kvyat has admitted he was initially “very angry” with Romain Grosjean before the horrific Bahrain Grand Prix crash from which the Haas driver miraculously escaped.

It was Kvyat’s AlphaTauri which Grosjean’s car clipped before spearing through the barrier at high speed, splitting in two and bursting into flames.

Incredibly, the Frenchman was able to extricate himself from the fireball in less than 20 seconds and as the FIA medical team arrived, he clambered over the barrier to safety with only minor injuries.

Kvyat had seen Grosjean swerve in front of him from left to right as the rear of the midfield pack concertinaed on the exit from turn three at the Sakhir circuit, and his first reaction was to question what his rival was doing.

“First I was very angry with him because he came right across like that. You don’t do this,” the Russian, who went on to finish 11th after serving a 10-second penalty for a later collision with Lance Stroll after the race had been restarted, told the Formula 1 website.

“But then I was immediately very scared for him at the same time because I saw the flames and I was just hoping he was okay, to be honest. That’s the only thing I was thinking.

“Of course it wasn’t nice to see, I have to admit. It was a busy day, a lot of incidents around me today.”

And almost immediately there's a ?Red Flag ? as there's an incident at the back of the field at Turn 3 #BahrainGP ?? #F1 pic.twitter.com/J2ERQZzFwk

Kvyat added on Sky F1: “I immediately didn’t like what I saw in my mirrors and I’m glad he’s okay. Really, this just reminds you what we do is dangerous.”

In the incident with Stroll, Kvyat was penalised after the Racing Point turned upside down as the AlphaTauri was trying to overtake on the inside.

The 26-year-old from Ufa, who appears likely to lose his AlphaTauri drive at the end of the season in favour of F2 prospect Yuki Tsunoda, said: “I don’t share the stewards view on that. I think I had nowhere to go.

“I already put my whole car on the inside kerb. He, on the other hand, knew I was there but he turned in as if I wasn’t there. So I’m a bit upset with this decision.

“It kind of ruined my race because I had a great second start, I was again back in the game, but this penalty just ruined everything.

“I don’t know yet where it would have put me and how my race would look but it’s a shame – P11 is the worst position ever. I’m super-frustrated.” 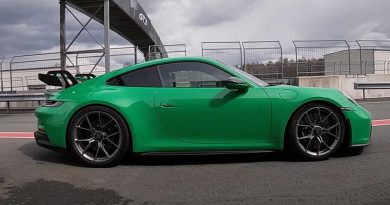 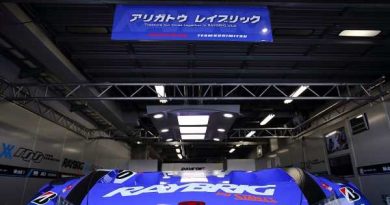 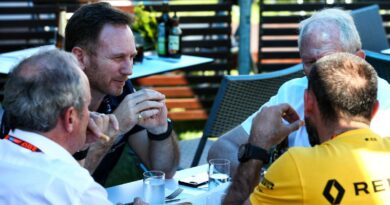 Cyril Abiteboul linked with to Powertrains role at Red Bull