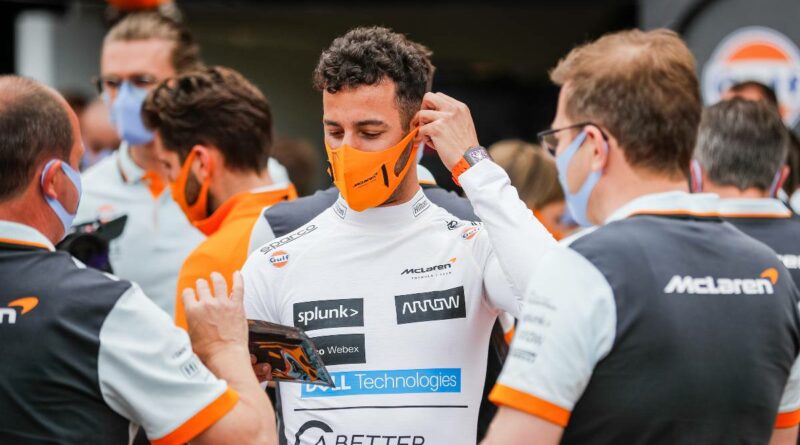 Anthony Davidson has described Daniel Ricciardo’s struggles at McLaren as “one of the biggest surprises of the year”, with the Australian lagging behind Lando Norris.

The former F1 driver turned pundit was quick to say that it could be that the Australian still is not used to the machinery he has underneath him, but that he needs to find a solution to work for him.

After nine races of the season, Norris has already surpassed his total points tally from last season, and Ricciardo is 61 points behind his less experienced McLaren team-mate.

Ricciardo admitted himself that Norris’ form has improved in his third year in Formula 1 – just as was the case for him and Max Verstappen – and Davidson agreed that the young Briton has stepped up in class in 2021.

“It’s one of the biggest surprises of the year,” Davidson said on the In the Fast Lane podcast of Ricciardo’s pace. “I really thought Daniel would come in there and at least carry on with how he was doing at Renault or how Carlos Sainz was doing when he was team-mates with Lando, but as we said, Lando has stepped it up.

“So I don’t think it’s a case of Daniel not necessarily performing where he should be, I just think Lando has just stepped it up.

“Obviously, he knows the car and Daniel’s new to the car, and it really does take time and sometimes, you just go through your entire time in that car, in that environment – I don’t want to be negative, I’ve been there myself as a driver – you just get in a car every once in while in your career and it just doesn’t work for you and I fear that could be happening with Daniel.”

With Ricciardo having admitted he has been struggling in certain areas of how the MCL35M has been working, Davidson also defended the Australian and spoke from experience about how difficult it can be to adjust to new machinery – particularly when the car’s make-up is different to what had come before.

“He’s already mentioned that the braking is a problem,” Davidson added. “I know that McLaren use a different brake material to other teams, and perhaps did to Renault and Red Bull.

“An old engineer of mine said ‘the corner starts as soon as you hit the brake pedal’. It’s so true. You need that feel on the brakes – that in itself dictates your feeling in the car.

“I am surprised that he’s not been able to match Lando, but when you start thinking about it and the nuances that there are in these cars, it’s suiting Lando and it’s not with Daniel.” 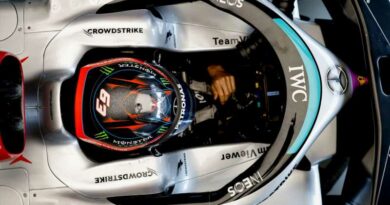 George Russell not expecting Mercedes to 'transform' in Baku