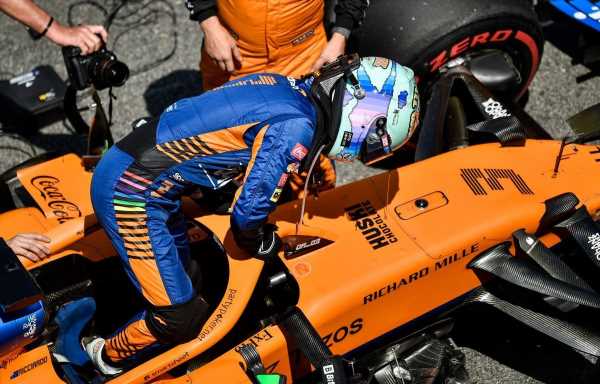 Daniel Ricciardo felt he could have taken a shot at Ferrari in Sao Paulo before a loss of power forced him to retire.

Starting from P11 McLaren needed Ricciardo to work his way into the points and challenge rivals Ferrari, an achievement which for a time seemed was possible.

Knowing that Ferrari would need to stop twice, Ricciardo was considering a one-stopper to strike back, but just as his race promised to get interesting, Ricciardo’s engine power dropped.

It was an issue which could not be fixed, resulting in a disappointing retirement for the Aussie, the first of his McLaren career.

That’s it for the #BrazilGP. 🇧🇷🏁

Lando does well to score a point for the team, fighting through the field after a puncture on lap 1.

“We were in the fight, or at least hanging on to the Ferraris [who] we knew had to two-stop, because they went medium medium, so we were potentially going to try to do a one [stop], or we had the ability to being on the hard.

“And [Pierre] Gasly was there in our window as well so I think it could have got interesting, but anyway we were doing what we could, and we just had a loss of power at the end so we had to retire the car.

“But had some battles, I think it was a much more interesting race than yesterday and we were at least in the mix, in the fight.

“I think we still lacked maybe a couple of tenths, but I think we were there, so come back in Qatar.

“I heard it is my first retirement all season, so these things happen.”

Lando Norris did not have much luck either in the other McLaren, picking up a puncture at the start as he clipped Carlos Sainz’s Ferrari while looking to go around the outside of the Spaniard into Turn 1.

He would recover to claim a point for P10, though the Briton was hoping for much better before that contact.

When asked about the incident with Sainz by Sky F1, Norris said: “I haven’t seen it so I can’t comment, I need to look at it myself and see.

“But I was still the guy in the car, whether or not it was my fault I will see in a bit, but obviously it put us out of the race pretty much, still recovered well to get one point and one point is more than nothing, but we could have had a much better day today. So frustrating.”

With Sainz crossing the line P6, behind team-mate Charles Leclerc in P5, Ferrari strengthened their hold on P3 in the Constructors’, now 31.5 points clear of McLaren. 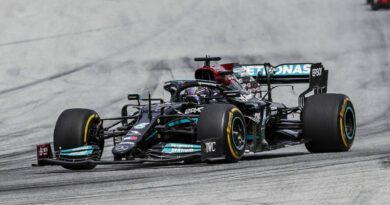 Lewis Hamilton had 'impossible' task keeping up with Max Verstappen 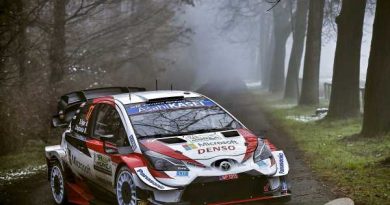 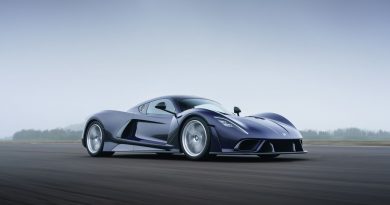