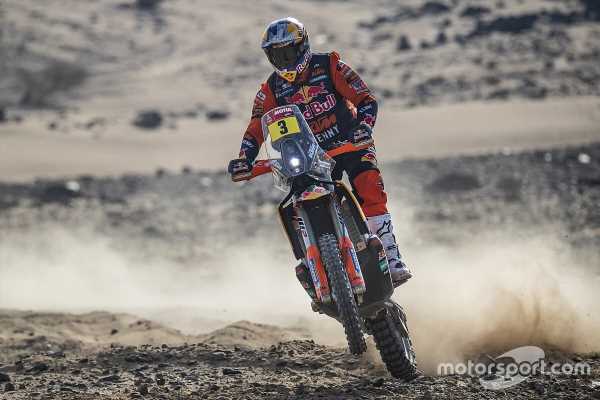 Toby Price began his quest for a third Dakar Rally title by winning the opening stage of the 2021 edition, while defending champion Ricky Brabec suffered a difficult first day.

Honda rider Brabec opened the road on the 277km timed section from Jeddah to Bisha following his victory on Saturday’s short Prologue stage, but hit navigational trouble almost immediately as he dropped more than 13 minutes in the opening 37km.

Things didn’t get any better for the American rider after that, who completed the stage down in 25th having dropped 18 minutes and 32 seconds to KTM rival Price.

Ninth on the Prologue, Price grabbed the lead from Xavier de Soultrait at the 135km mark and finished the stage with 31 seconds in hand over Honda’s Kevin Benavides, giving himself a slender lead of 23 seconds in the overall classification.

De Soultrait – who has switched from Yamaha to KTM sister brand Husqvarna for the 2021 edition – led the opening 92km through the first three waypoints, but couldn’t keep up that pace and ended up sixth at the finish, 4m35s down on Price.

Grabbing the final spot on the podium was KTM’s Matthias Walkner, just one second behind Benavides (1m12s behind Price overall), while Sam Sunderland made it three KTM riders in the top four, 2m03s back (4m11s back overall).

Lorenzo Santolino was an impressive fifth for Sherco, while Yamaha’s top finisher on the stage was Franco Caimi in seventh place, although he sits sixth ahead of de Soultrait overall.

As well as Brabec, Joan Barreda (Honda) and Pablo Quintanilla (Husqvarna) got their campaigns off to a bad start, likewise getting lost early on in the special.

Both lost around 15 minutes, provisionally leaving them 19th and 22nd respectively. 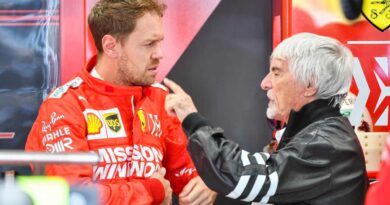 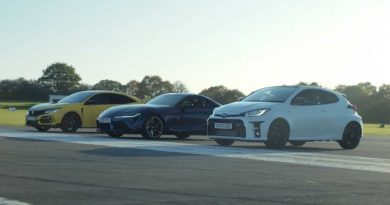