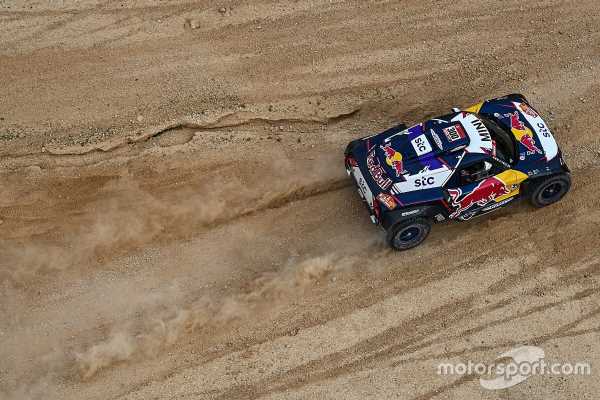 Carlos Sainz clawed back some of the deficit to 2021 Dakar Rally leader Stephane Peterhansel after being unchallenged for victory in Friday’s sixth stage.

X-raid Mini driver Sainz led the entirety of the shortened 348km test between Al Qaisumah and Ha’il in Saudi Arabia, extending his advantage at every waypoint to take victory by just over four minutes from the Overdrive Toyota of Yazeed Al Rajhi.

It marked Sainz’s second stage win in this year’s Dakar Rally following his success in the opening Jeddah-Bishi special, and ended a run of four consecutive stage wins for rival marque Toyota.

Al Rajhi was only fourth at the opening waypoint, but leapfrogged both factory Toyota driver Nasser Al-Attiyah and Peterhansel by the third timed marker to record his best finish of the rally-raid so far.

Al-Attiyah and Peterhansel were engaged in a tight scrap for third place, with the 13-time winner holding the spot until the sixth waypoint in the second of the two Mini buggies.

However, Al-Attiyah was able to overturn the 55-second deficit in the final 44km of running, beating his arch rival by 18 seconds and ending his streak of consecutive top-three stage finishes.

Jakub Przygonski made it two Overdrive-entered cars inside the top five, ending up 14m21s off the top spot, while Century driver Brian Baragwanath was classified sixth after securing a runner-up spot in the previous stage.

Nani Roma continued his upward trend as he posted the seventh fastest time, ending up within striking reach of Baragwanath’s Century.

The 2014 winner was left as the top Bahrain Raid Xtreme driver after teammate Sebastien Loeb’s BRX1 contender crawled to a halt with a broken suspension arm in the first 100km of running.

The nine-time WRC champion has called on BRX’s assistance crew in the hope of making it to the finish line ahead of the rest day on Saturday.

After topping Thursday’s stage, Toyota driver Giniel de Villiers opened the road in Stage 6 and finished down in eighth, ahead of five-time bikes winner Cyril Despres (PH Sport Peugeot) and the X-raid 4×4 of Vladimar Vasilev.

With half of the rally-raid complete, Peterhansel continues to lead the rally by 5m53s despite having yet to record a stage win so far. Sainz gained over seven minutes over his teammate with his second stage of 2021, but still trails the 13- time winner by a heavy margin of 40m39s.

Przygonski remains in fourth place while Roma was the big mover of the day, jumping from seventh to fifth in the rankings ahead of Baragwanath. 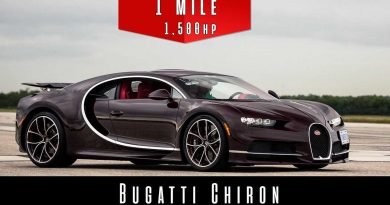 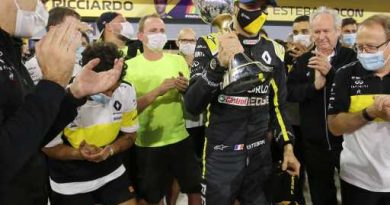 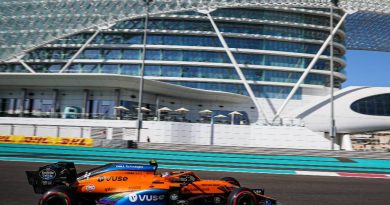