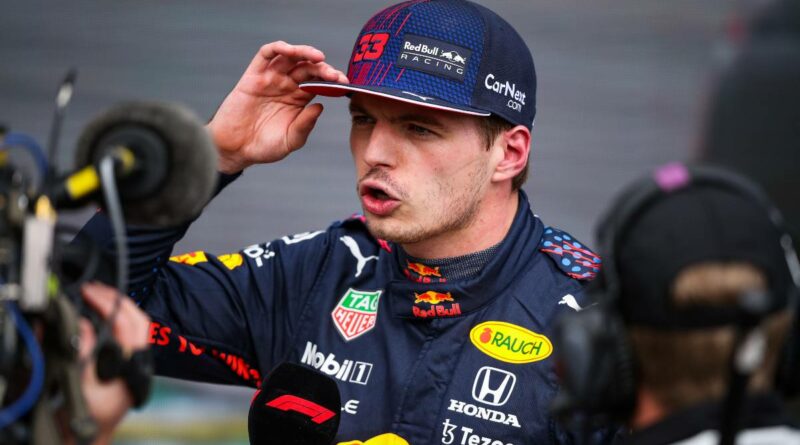 Christian Horner joked that Max Verstappen’s fine for touching Lewis Hamilton’s car in parc ferme would be offset by his pole-position bonus.

Verstappen was fined 50,000 euros by the FIA having been seen to handle the rear wing of the Mercedes W12 after the end of Sao Paulo Grand Prix qualifying.

At a hearing the next morning, the FIA said this breach of the parc ferme regulation “has significant potential to cause harm”- although they stated it had not done so on this occasion.

Ironically, however, the rear wing of Hamilton’s car ended up being the reason why Verstappen would end up with a pole-position bonus.

The seven-time World Champion was 0.438sec faster than his Red Bull rival in Q3 and thought he would start P1 for sprint qualifying. But Hamilton was later excluded from qualifying because his car’s DRS flap was found to have too wide a gap when activated.

Even though it was not an official pole position, because it was only P1 for the sprint, Red Bull team principal Horner suggested Verstappen’s bonus would cover his fine.

“It’s ironic because he gets the fine but then he gets a bonus for getting pole position,” Horner told Sky F1. “I’m probably still net down!”

Asked what Verstappen had been looking at and why, he added: “Mercedes have had tremendous straight-line speed the last three or four races.

“All race drivers are inquisitive – we’ve had drivers pull our clutch paddles, Sebastian (Vettel) is the king of prodding and poking in that area and I think it’s become a habit with all of the drivers.

“We’ve seen it with Lewis, with all of them looking around their competitors’ cars.”

Regarding Hamilton’s exclusion from qualifying, which meant he had to start the sprint at the back, Horner said: “I think it was the only conclusion the stewards could really come to. I think it’s a tough decision for them, but in that situation it’s black or white.”

He also concurred with Mercedes’ view that something had “gone wrong” with the DRS flap rather than it having been a deliberate infringement.

“People don’t design things on purpose to break regulations because that would obviously be illegal,” said Horner.

“I’m just glad it’s not us in that situation.

“I don’t know how much [the gap] was over [the maximum permitted]. It wouldn’t be massive, it would be incremental, but there’s a test it has to pass. I don’t think that was the difference between him getting pole or not yesterday.”

Verstappen would end up finishing the sprint in second place, while Hamilton recovered to P5. That ensured Verstappen extended his World Championship lead to 21 points ahead of the Sao Paulo Grand Prix on Sunday. 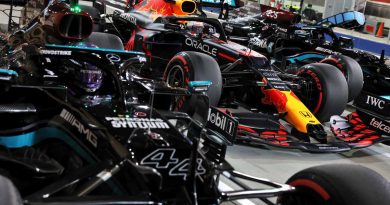 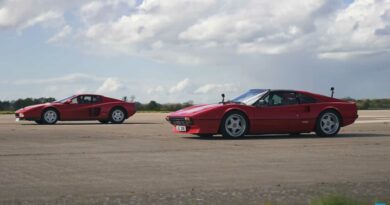