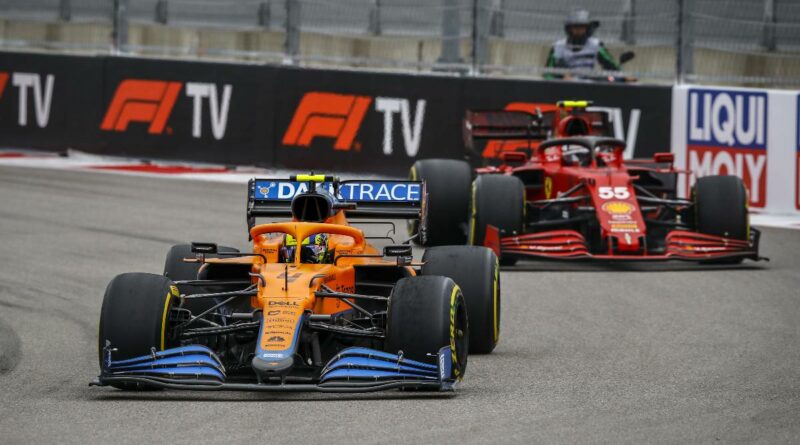 Carlos Sainz is adamant that the next time he leads a race, he does not want to see it slip away so easily like it did in Russia.

Starting from P2 the Ferrari driver made the perfect start, picking up a slipstream from pole-sitter Lando Norris and taking the lead into Turn 2.

But with the Ferrari power unit fighting a tricky battle against the Mercedes-powered McLaren, Norris would ultimately re-take the race lead with a comfortable DRS-assisted overtake on Lap 13.

This may well be a promising season for Ferrari as they look to return to the front consistently in 2022, but whenever Sainz leads again, he wants his opponent to work harder for the overtake.

Speaking to Sky Italia about his start in Russia, Sainz said: “It was really tight because I started well but you saw all the ones on the outside start better because there’s more grip.

“With the slipstream I managed to catch up with him and braking I said it’s now or never, I don’t know when I’ll have this opportunity again.

“Today I wanted to be aggressive and to take risks at the start and it worked out well.

“But the next time I’m P1 I’d like not to be overtaken with that ease.”

Ultimately it was a successful afternoon for Sainz who completed the podium in P3, his third top-three finish of the season.

It had all been “relatively quiet” until the rain fell heavy late in the race, meaning a tight call needed to be made – pit for intermediates or stick it out on the slicks. Sainz chose the former, and it paid off.

“We were relatively quiet, P3, I saw I could stay ahead of [Sergio] Perez until the end of the race since we had the hard tyre, with which we had a good setup and a good pace,” Sainz reflected.

“Just five laps from the end, it started raining a lot in the first and the second sector, and everyone who had the hard tyre as Lando, Lewis and I had, we lost a lot of grip, while instead all the ones who had the medium tyre managed to keep a bit more temperature, a bit more grip. And with a softer tyre they started to overtake.

“From there we made the perfect call and we finished P3.”

Sainz’s team-mate Charles Leclerc felt that he needed to stop for intermediate tyres at the same time as the Spaniard, but staying out a lap longer, his race was ruined.

Ultimately he finished P15, and could take no positives at all from a race which promised far better for him.

Asked if it was his decision not to pit for inters, Leclerc said: “There was a discussion, then the lap where I had the biggest doubt was I think the right one, when Carlos came into the pits.

“At that moment I was passing him so I didn’t want to make a mess either coming into the pits on the same lap and having the cars in the wrong order.

“Then the next lap was already too late because the rain had arrived. Then I tried to carry on, hoping it would have eased up but from there the race was already lost.

“With such a race, ending up where I finished it’s not nice. So well done to Carlos, well done to the team, I’m happy for that. Then he finished ahead of McLaren, that is positive, but from my side I don’t see anything positive. Unfortunately today I’m not happy.”

Alex Albon: ‘No way’ Pierre Gasly should have been penalised in Turkey 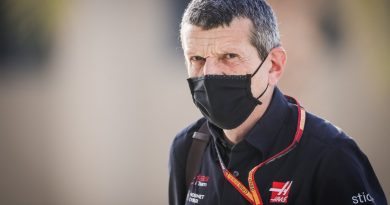