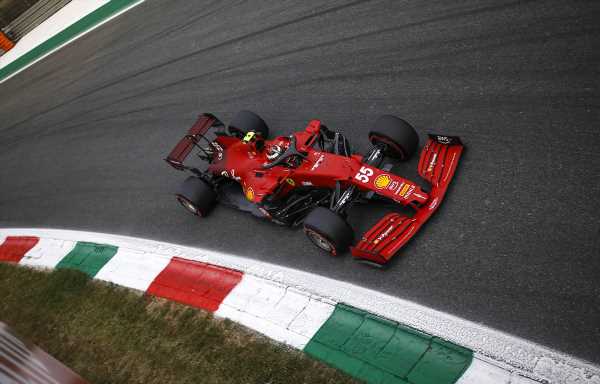 After Charles Leclerc took a grid penalty for having an upgraded Ferrari engine installed, Carlos Sainz looks set to follow suit in Turkey.

Ferrari have kept their power gains a secret from their rivals after they installed the upgraded unit on Leclerc’s car in Sochi, but previous reports indicated a boost of around 10-15bhp has been acheived as a result of the work by the Scuderia.

Team principal Mattia Binotto confirmed the Scuderia are aiming to get the upgraded power unit into Sainz’s car as soon as possible, and a report from Italy claims he could have it in place at the next race at Istanbul Park.

While he’ll enjoy an apparent boost in power, it will be Sainz’s fourth power unit of the season and will result in a grid penalty, regardless of when it is installed.

Leclerc enjoyed a strong run in the Russian Grand Prix from starting near the back, moving up seven places on the first lap alone as he tried to salvage points, using his new power unit.

Ultimately, however, the change in weather denied him and he ended up down in P15, while even without the updated spec in his car, Sainz was able to take advantage of the conditions and convert his front-row start into a podium.

But despite the contrast in fortunes in Russia, senior Ferrari figures have confirmed the data gathered by the Monegasque shows their new upgrade is working as intended.

🙌🏼🏎 The good result in Russia reinforces our strong commitment to keep pushing until we are back to where this team belongs!! Grazie to everyone at the track and back at the factory for your passion and dedication!! Team effort pays off! Time to focus on the next one. pic.twitter.com/2tS1ycJ4Hb

“It’s certainly not a revolution, but the update worked without any problems, we are satisfied,” said Ferrari managing director Laurent Mekies, quoted by Motorbox.

Binotto was slightly more open in his assessment of how the upgrades had worked on Leclerc’s car, adding that the upgrade could be crucial in the development of their power unit for 2022.

Any improvements the teams make will have added significance considering the engine ‘freeze’ which is due to come into force in 2022, which severely limits development on power units until the new engine formula is due to be introduced in 2026.

“It’s certainly a step forward in terms of performance, but what interested us most was being able to go as far as possible with this new technology,” said Ferrari’s team principal.

“Certainly, also in terms of experience, having this update in the car will help us in 2022, so I’m happy that Charles has the new engine and that he can use it for the rest of the championship.” 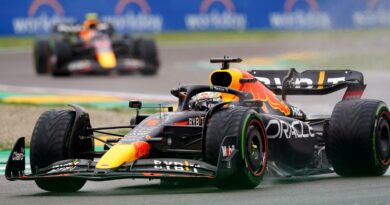 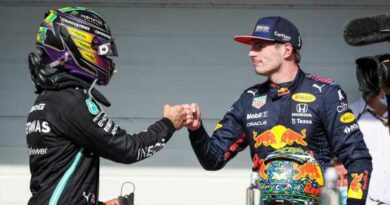