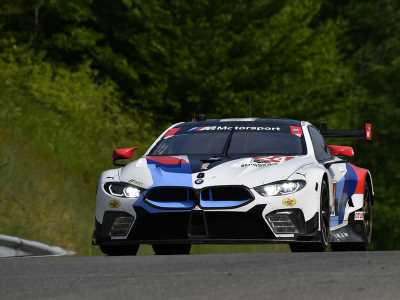 The lap for Krohn was a track record for the GTLM class, besting Nick Tandy’s pole-winning time from last year of 1:13.517.

The IMSA WeatherTech SportsCar Championship’s GT Le Mans (GTLM) class is often considered the most competitive form of GT racing in the world and every so often something extraordinary happens that reaffirms that claim.

Such was the case Saturday’s qualifying at Canadian Tire Motorsport Park when the entire GTLM field – eight drivers representing four different manufacturers – at one point held the provisional pole during the final five minutes of the 15-minute session.

The driver who topped the leaderboard when it mattered most was the No. 24 BMW Team RLL BMW M8 GTE of Jesse Krohn. He lapped the 2.459-mile circuit in one minute, 13.086 seconds (121.123 mph) to score his first career WeatherTech Championship pole, leading a front row sweep for BMW in the GTLM class for Sunday’s Mobil 1 SportsCar Grand Prix presented by Acura (NBC, IMSA Radio, Radio Le Mans and Sirius XM, 1 p.m. ET).

The lap was a track record for the GTLM class, besting Nick Tandy’s pole-winning time from last year of 1:13.517.

“Finally, I’ve waited for this for a long time,” said Krohn, who will team with co-driver John Edwards on Sunday. “We went for the good ol’ one-lap banger. We put it all on one lap. We know it’s going to be critical on tires here to win the race. The more you can save in qualifying the better you can have for the race. Definitely a great job from the guys giving me the car I have today. The lap was good, really good, to be honest. I don’t think there was any more I could have given.

“It’s going to be an absolute dog fight as always. It’s really tight, and there is no room for mistakes. We almost had a clean weekend at Watkins (Glen), but one little error really puts you back in this class. So all we need to do is have a clean one, no little mistakes on track or in the pits. And really just do a flawless fast race.”

Saturday turned out to be a great day for Robby Foley, the Turner Motorsport team and BMW in the IMSA WeatherTech SportsCar Championship.

Qualifying the No. 96 BMW M6 GT3, Foley earned his first career Motul Pole Award by posting the fastest lap of the session in the GT Daytona (GTD) class at one minute, 16.172 seconds (116.215 mph). Sunday’s Mobil 1 Sports Car Grand Prix Presented by Acura will be only his 11th WeatherTech Championship start.

Foley earned his first career Motul Pole Award by posting the fastest lap of the session in the GT Daytona (GTD) class at one minute, 16.172 seconds (116.215 mph). Sunday’s Mobil 1 Sports Car Grand Prix Presented by Acura will be only his 11th WeatherTech Championship start.

“It was a great car,” said Foley, who will co-drive with Bill Auberlen. “We’ve been working through a lot of changes in the practice sessions and for qualifying we just tried to put a perfect lap together. I think I left maybe a little bit on the table, but I got most of it and it was good enough for pole. The track changed a little bit there from morning to afternoon. I think we gained some temp, so it was a little bit different and I was able to put together a decent enough lap and put it on pole.”

His pole kicked off what would be a sweep of the GT pole positions for Sunday’s Mobil 1 Sports Car Grand Prix, as Jesse Krohn in the No. 24 BMW Team RLL BMW M8 GTE topped the charts in the following GTLM qualifying session.

“It’s one of my favorite tracks,” said Foley of CTMP. “It’s super high commitment. You’re on edge the entire lap. Especially for qualifying when you have a little more on the tire, just being new, low fuel, you’re just trying to maximize and do everything for that last little bit, and it’s a big lap. I had to dig deep for that one. I was P2 for a while, about two-tenths off, I had to kind of put it all together there at the end. So it’s definitely gratifying to get a pole here, it takes everything.”

Looking to defend their CTMP victory from 2018, Ben Keating and Jeroen Bleekemolen will start the No. 33 Riley Motorsports-Team AMG from outside the front row after Keating posted a qualifying time just .081 seconds off of Foley’s.

A pair of Acura NSX GT3s from Meyer Shank Racing will make up the second starting row. Last week’s winners from the Sahlen’s Six Hours of The Glen, Trent Hindman and Mario Farnbacher in the No. 86 Acura, will start third alongside the No. 57 Acura for Heinricher Racing with Katherine Legge and Bia Figueiredo in fourth. 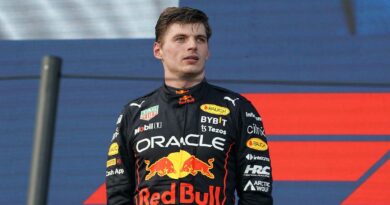 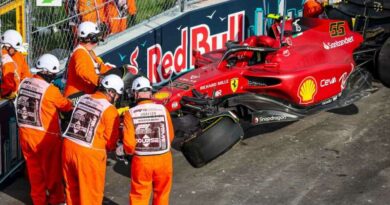