Antonio Giovinazzi’s departure from Formula 1 at the end of 2021 proves what a “ruthless” series it is, he says.

While the 2022 grid had been almost complete for several weeks, one question mark remained – that being at Alfa Romeo.

Valtteri Bottas was confirmed as one half of the Swiss-based outfit’s line-up for 2022, but there had been no official word on Giovinazzi and what his future with the team was.

Finally though, that question was answered with confirmation that Giovinazzi would leave the team, to be replaced by current Formula 2 title contender Guanyu Zhou who will leave his position in the Alpine Academy to make the Alfa Romeo switch.

But in a post on Instagram, Giovinazzi has taken a swipe at the financial side of Formula 1.

His replacement, Zhou, set to be China’s first ever Formula 1 driver, is understood to be bringing a big sponsorship package with him to Alfa Romeo.

“But when money rules, it can be ruthless. I hope to change my mind about this soon.

“I believe in the surprise of an unexpected result, of big or small victories achieved thanks to one’s commitment.”

This is Giovinazzi’s third and final season with Alfa Romeo, a stint in which the 27-year-old has shown moments of quality, especially in recent rounds during the fight to save his seat.

But Alfa Romeo team boss Fred Vasseur said the decision was not down to a lack of results alone for Giovinazzi, instead a variety of factors going into Zhou getting the nod including the “great opportunity for us as a team, for the company, for the sponsors, for Formula 1 in general to open up a completely new market in China”.

“The beginning of the collaboration [with Giovinazzi] was a bit difficult, but we have kept him in the team during these seasons and in the end his level of performance has been good,” Vasseur continued in conversation with Auto Motor und Sport.

“The choice we have made is due to a combination of factors, it’s not just about him.

“Sometimes we perhaps expected something better, but that goes for everyone – for the team, for the drivers, for everyone else too.”

In Giovinazzi’s Instagram post, he concluded with a strong hint that he does not consider his Formula 1 career to be over.

“If this was my first picture on an F1 [car], the last still has to be taken,” he said. 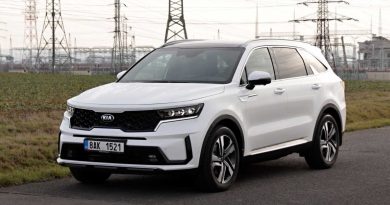 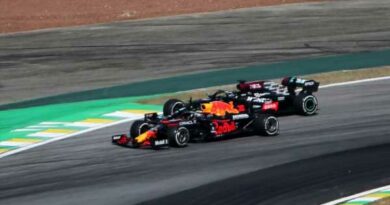