On-track Lewis Hamilton and Max Verstappen reached chaos level in Saudi Arabia says Alex Albon, who felt the stewards’ influence was too much.

This epic tussle over the 2021 Drivers’ Championship is marching towards its climax, but in Saudi Arabia it reached arguably its most controversial level yet.

Picking up 15 seconds worth of time penalties in Jeddah, Verstappen’s ferocious defensive driving against Hamilton led to an FIA offer, involving Verstappen dropping two places behind Hamilton for one of several race restarts, and later contact on-track.

Instructed by Red Bull to let Hamilton through, Verstappen slowed but remained in the centre of the track, confusing Hamilton who ultimately went into the back of Verstappen’s Red Bull, causing front wing damage for the Briton.

It was this moment which cost Verstappen 10 of those 15 seconds added to his race time, and also earned him some criticism from the likes of ex-F1 racer Martin Brundle.

But describing the dramas between Hamilton and Verstappen as the “pinnacle of chaos”, Red Bull’s reserve and test driver Albon also felt that too much was decided by the stewards, rather than on-track.

“I think it’s brewing, and in each race it brews more and more and you think, ‘okay, that was a close one’, and we’ve had it a few times this year, but this was the pinnacle of – I don’t know what you call it – I feel like it’s kind of chaos, to be honest with you,” said Albon on the F1 Nation podcast.

“I enjoy it, I think all of us enjoy it, but it seems like a lot of it’s been done in the stewards’ [room] rather than on track.”

Red Bull principal Christian Horner suggested that Hamilton was trying to get DRS, by staying behind Verstappen at the point of the determining line, leading to the contact.

And this is the explanation which Albon too used, with Hamilton later admitting that he indeed did not want to give DRS to his rival.

“I think as a driver, you know especially – before he even got let past, you knew what Max was doing,” Albon explained.

Verstappen and Hamilton are level on 369.5 points heading into the final round in Abu Dhabi. 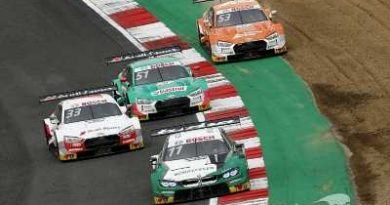 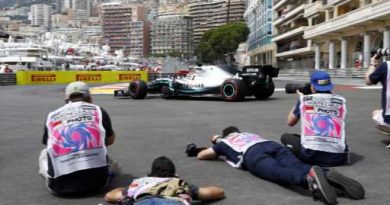 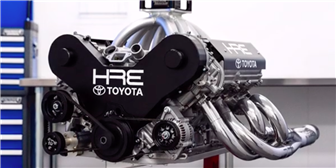