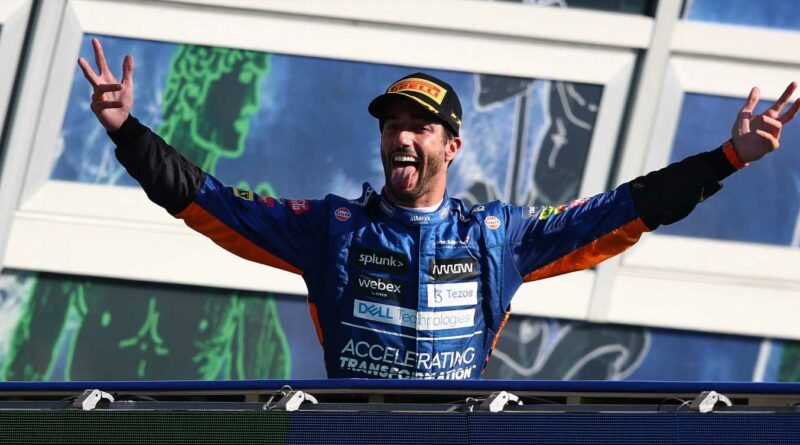 In McLaren’s distinguished Formula 1 history, it has won 20 world titles and been represented by legends of the sport but it entered the Italian Grand Prix weekend having failed to add to its tally of 182 wins for almost nine years.

When Jenson Button hoisted aloft the victor’s trophy in Brazil at the end of the 2012 season, McLaren thought it was well-placed to contend for titles. But McLaren tumbled into the midfield the following season, hamstrung by its own lackluster machinery, while a reunion with Honda over its power unit supply for 2015 promised much but delivered little.

Instead of rekindling the glory years of the late 1980s, champions Button and Fernando Alonso spent years lumbered with chronically underpowered and unreliable equipment as both brands were humiliated and humbled. McLaren slumped to ninth in the standings on two occasions. In its worst season it scored 27 points to Mercedes’ title-winning 703. 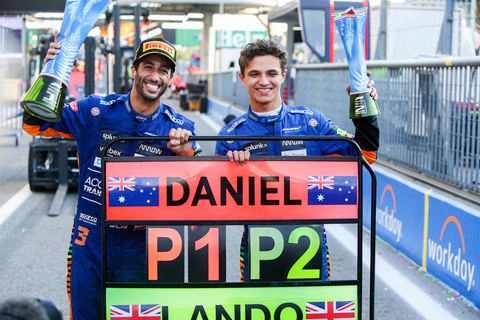 A split from Honda, and alignment with Renault, ahead of 2018 left McLaren confident of rejuvenating its prospects but it was another false dawn. Instead that partnership highlighted weaknesses within McLaren’s organization, with the fingers once pointed at Honda instead pointed at itself, and prompted a lengthy internal reshuffling.

For 2019 in came new team boss Andreas Seidl, a new technical director in James Key, and a new driver lineup of Lando Norris and Carlos Sainz, and McLaren rose from sixth to fourth, via a return to the podium, a position they improved upon in 2020. Sainz switched to Ferrari for 2021 but McLaren swooped to recruit Daniel Ricciardo while he too seized the option, enamoured by McLaren returning to Mercedes power. Two years prior, when Ricciardo was seeking a career change, he was not convinced by McLaren’s prospects and instead joined Renault.

On Sunday all the hard work, and the persistence amid the lowest moments, paid off as all the cards aligned in McLaren’s favor.

The MCL35M had been rapid throughout the weekend, facilitated by its Mercedes power unit at the high-speed Monza, and the result of Sprint left Daniel Ricciardo and Lando Norris second and third respectively on the grid.

Ricciardo grabbed the lead from pole sitter Max Verstappen at the start and preserved his position up front, with Verstappen unable to challenge his one-time teammate at a circuit where passing is not easy.

A slow pit stop for Verstappen elevated Norris into second and while the title contenders subsequently clashed, removing themselves from the picture, Ricciardo was already up the road and en route to victory at the time of that collision.

Ricciardo and Norris ticked off the remaining laps to not only give McLaren its first win since 2012 but a shock 1-2 finish, its first since 2010, with Ricciardo in turn ending his personal three-year win drought. It was a popular outcome, with Ricciardo bringing back his ‘Shoey’ celebration of drinking champagne from his racing boot. Norris, and CEO Zak Brown, also took a swig of champagne from the boot.

For Ricciardo it was a redemptive victory of sorts, following a lacklustre first half of the season with McLaren, in which he struggled to understand the MCL35M’s nuances and trailed Norris. That has been compounded by the ongoing travel issues related to the pandemic, denying Ricciardo the opportunity to return to his native Australia to visit friends and family since the eve of the 2020 season.

“For anyone who thought I left, I never left,” said a defiant and elated Ricciardo on the cool down lap, as he soaked up the victory.

“I believe in myself obviously,” said Ricciardo after his eighth career win. “I think everyone does to get to this point, but I’ve certainly been challenged this year. The sport is a tricky one, it’s not so black and white, I guess and sometimes you do struggle to find some answers but I think you have to stay on course and stay true to the course.

“You can easily get lost as well, but I think, you know, deep down I would have moments of frustration or moments of yeah, dropping my head, but I kind of made a point never to let that last. There’s been days this year where I’ve definitely haven’t loved it but I’ve had those days pretty much every year you know, like they happen. Those moments you fall out of love with the sport, actually the clarity you get afterwards it kind of makes you realise how much you do love it and how much you want it.”

For Norris, too, it was an outstanding result, the best of his career, having risen through the junior ranks under McLaren’s tutelage. His first Formula 1 test came with McLaren in mid-2017 just as the team was in the midst of its lowest ebb.

“I think it is incredible,” said Norris. “To be honest I don’t know what it means to me. The main thing it means to me is our resolve as a team. Whether I’m second, third or first, I think the best thing is having that one-two for the team and securing maximum points and it’s just such a cool feeling to be part of this.”

In the past 12 months McLaren has watched AlphaTauri, Racing Point (now Aston Martin) and Alpine collect unexpected wins from the midfield. This time it was McLaren’s turn, and it was achieved on pure merit.

“In the end it is a sensational result for us,” said team boss Seidl. “Only seven days ago we were completely destroyed in terms of performance. That is the gap we still have to the top teams and also with our car. That is why we have to keep working hard in order to close this gap on all types of circuits. But a day like today is the best motivation to keep going. We are very happy with what both drivers showed this weekend, and with Daniel making the steps now since the summer break in getting back to where he wants to be and we want to have him. And this in addition to Lando who is in unbelievable form this year. The way we did it this weekend is very special.”

McLaren waited almost nine years for its 183rd Formula 1 victory. With Ricciardo, Norris and a team increasingly full of belief, the wait for number 184 certainly won’t be as prolonged.

Why Romain Grosjean\u2019s F1 Car Burst into Flames in Bahrain 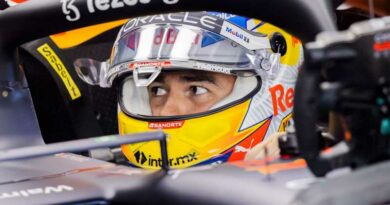 Sergio Perez may quit Formula 1 if the calendar expands further 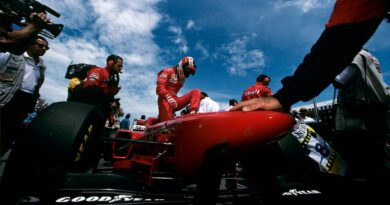 A Michael Schumacher Documentary Is Coming To Netflix