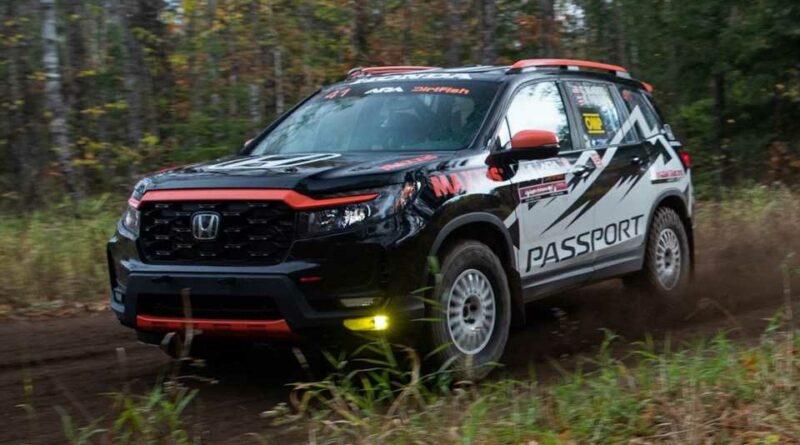 Being more capable than most crossovers is one thing; being almost race-ready from the factory is a different ballgame entirely. It seems the 2022 Honda Passport pretty much is, though, as Honda engineers recently took a lightly modified example rallying and appear to have done pretty alright in the feisty-looking crossover.

The Passport they campaigned was largely stock, save for basic durability and safety mods necessary to take any vehicle racing. Its 3.5-liter V6, nine-speed automatic, and all-wheel-drive system went mostly unmodified, with just the addition of the factory transmission cooler from the Passport’s tow pack, and an unrestricted exhaust that might’ve inflated its 280 horsepower and 262 pound-feet of torque.

Helping the Passport blaze the trails, 17-inch wheels wrapped in surface-appropriate Maxxis tires worked in conjunction with brakes with performance pads and fluid, linked on the rear axle to a hydraulic handbrake. 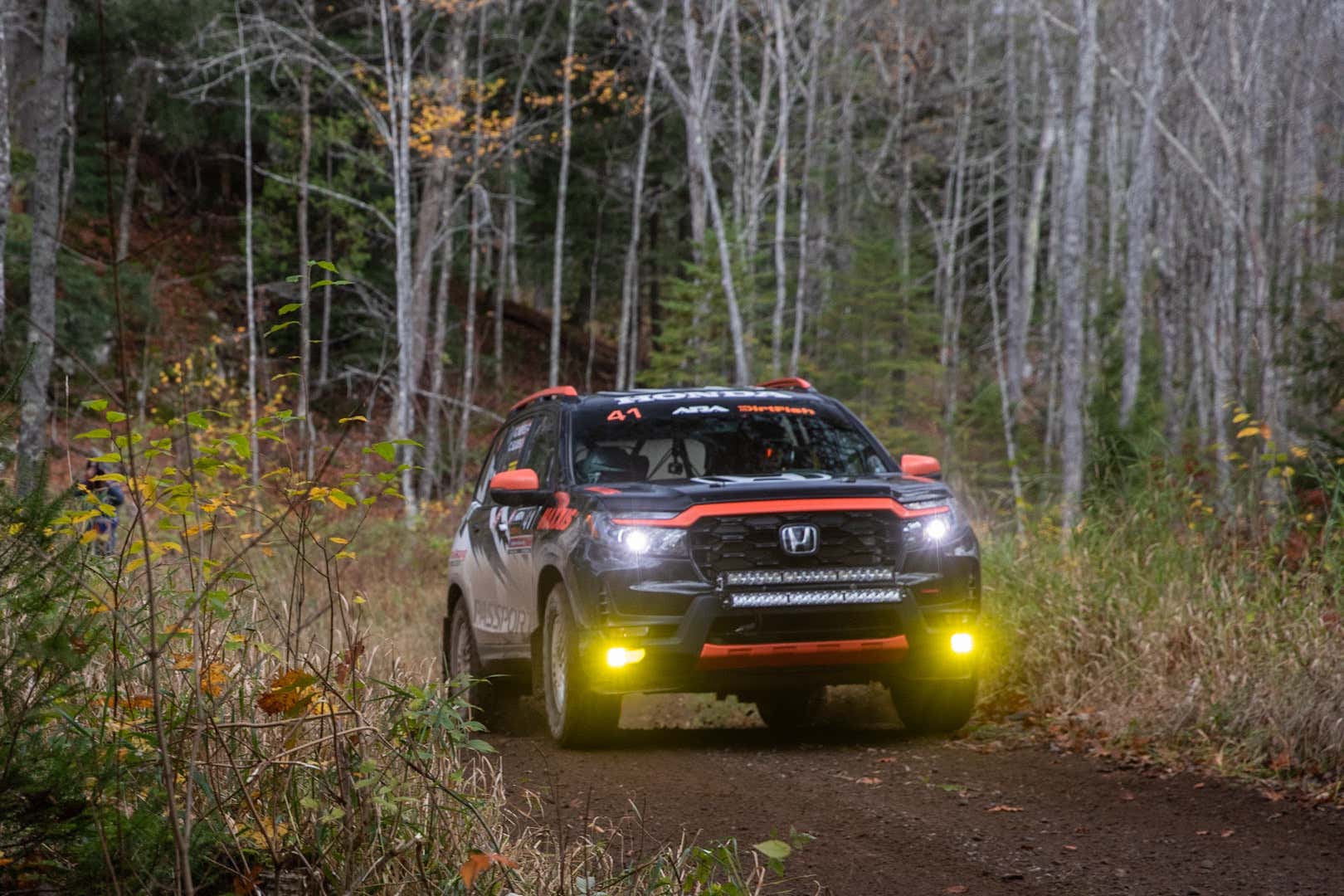 Custom one-eighth-inch aluminum skid plates were designed to protect its oil pan and rear differential, while polyethylene panels armor the fuel tank and miscellanies. Also, polycarbonate replaces most of the factory glass. The Passport’s interior is, of course, gutted, and outfitted with bucket seats, a roll cage, and a fire suppression system. It sounds pretty barebones as builds go, but when entered in Michigan’s Lake Superior Performance Rally, it proved surprisingly competitive.

Wheeled and co-driven by a pair of Honda chassis engineers, the Passport ran in the top 10 of the event’s 42-vehicle field of local entries until a de-beaded tire knocked it down several places. It’d end up finishing 22nd of those 42, and fourth of six in the Limited 4WD class.

As any first-time racer would know, top of the bottom half isn’t half bad for a first-time entry in an unproven car. Even so, it’s a result the Passport will have plenty of chances to beat, as it’ll get to race further American Rally Association events through the 2022 season. It’s no lifted S2000, but it’ll still probably be a darned good time. 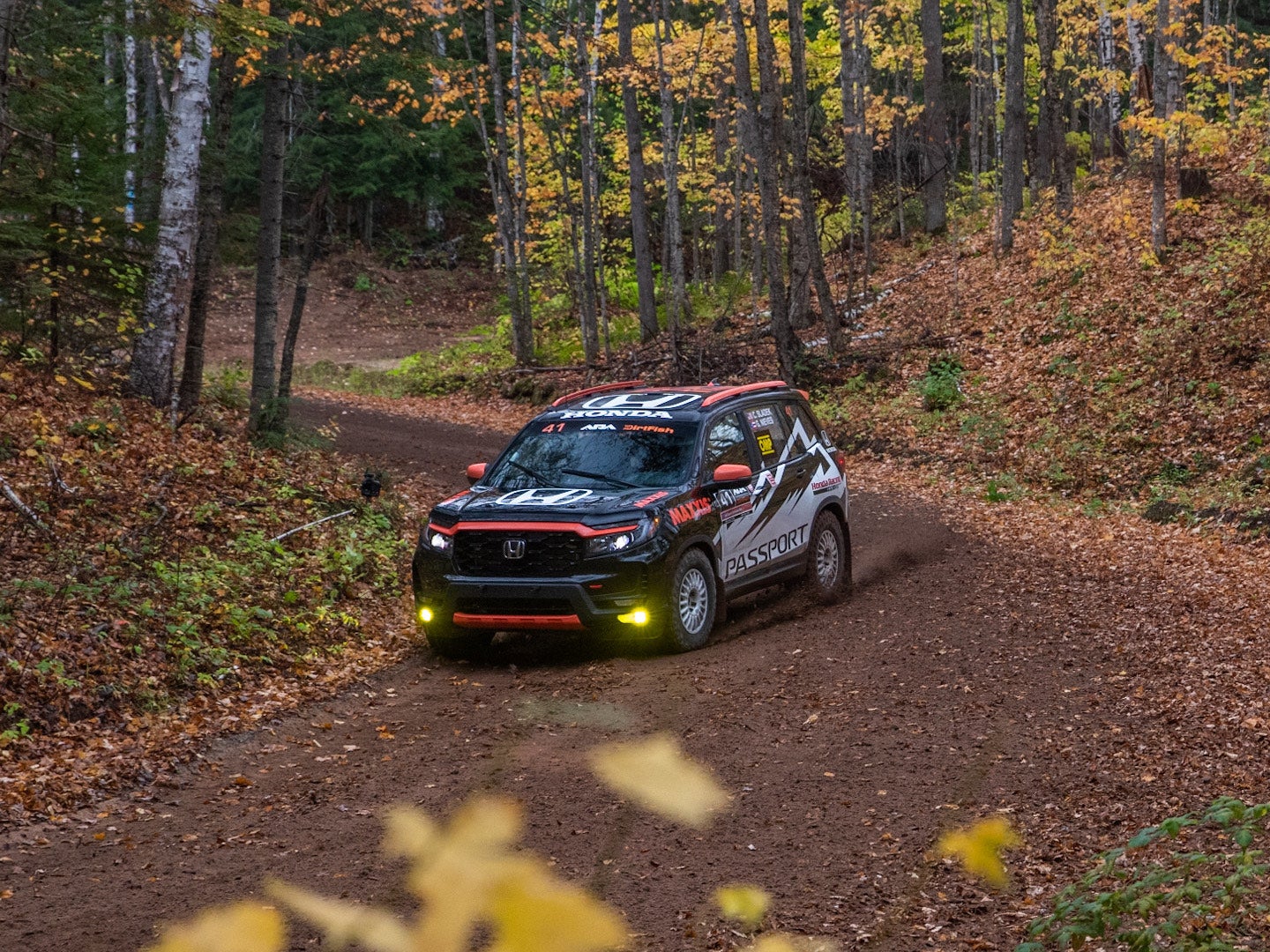 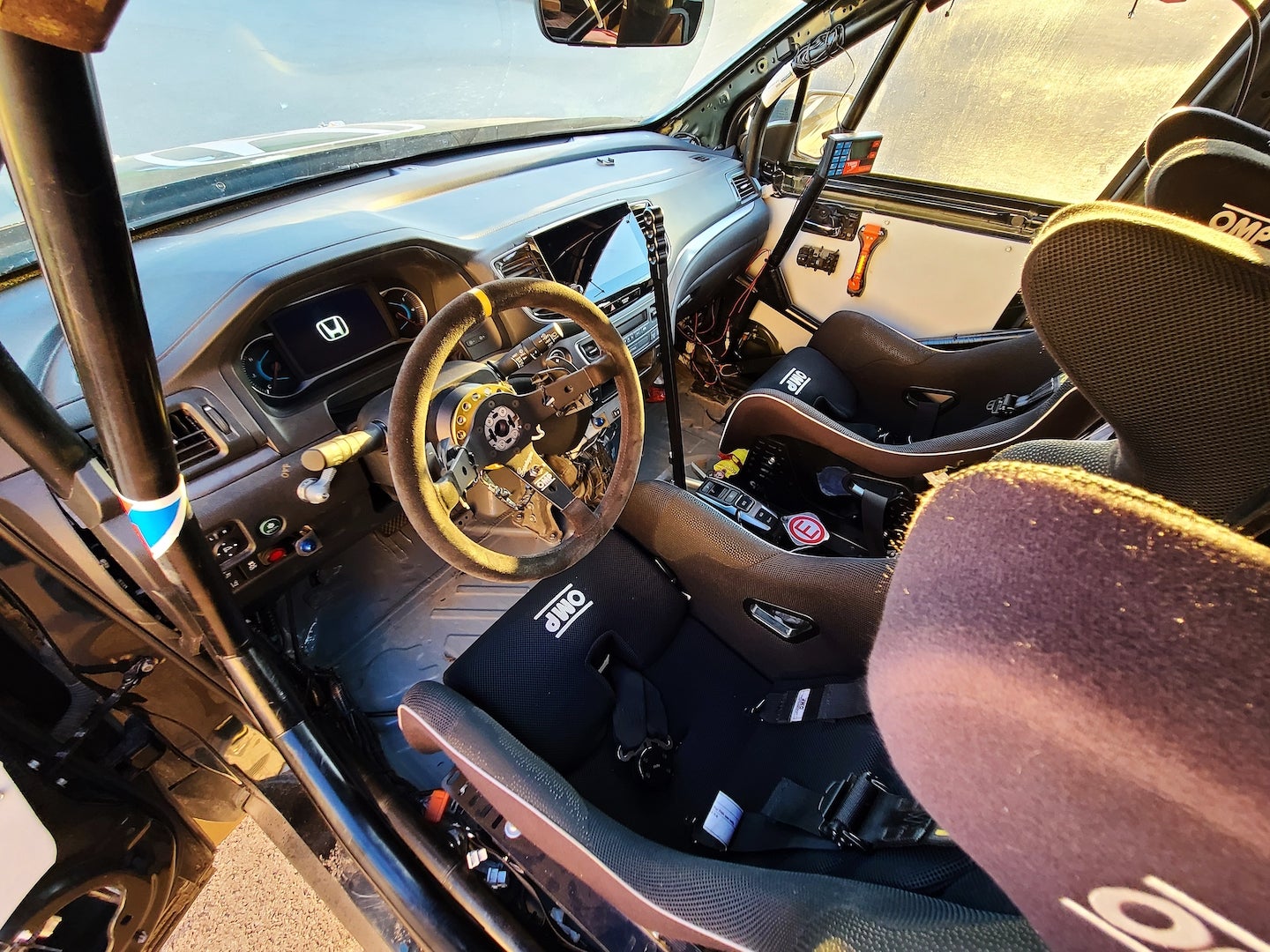 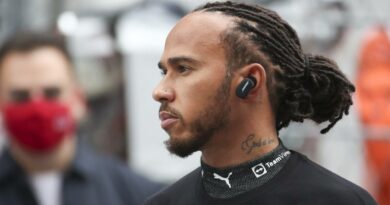 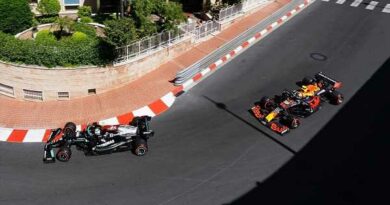 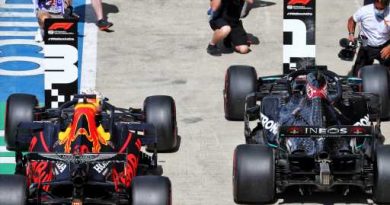