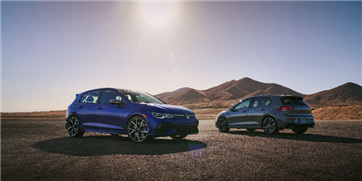 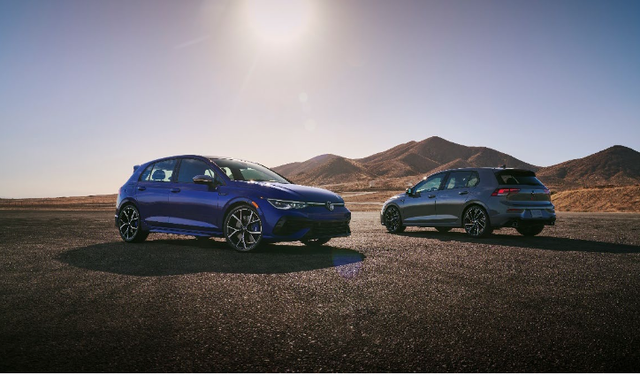 It was less than seven months ago that Volkswagen pulled the plug on U.S.-spec Golfs for us Americans, and you could hear the gnashing of teeth across dealer lots in America. Or could you? Golf sales have been steadily declining here in America for years. In 1980 VW moved 191,166 Golfs and Golf variants out showroom doors in the U.S. Those were the days, eh, Gunther? But last year the number was just 25,693, and that included the GTI and R, as well as a few lingering e-Golfs and the Sportwagons.

Weirdly enough, Volkswagen has sold more GTIs in the U.S. than straight-up Golfs every calendar year since 2014. So as crossovers continue to take over the car market across the Earth, Volkswagen U.S.A. bowed to the inevitable and killed off its U.S.-spec Golf in January – but kept the GTI and the R.

So, Hallaluja, right? Sure, why not? 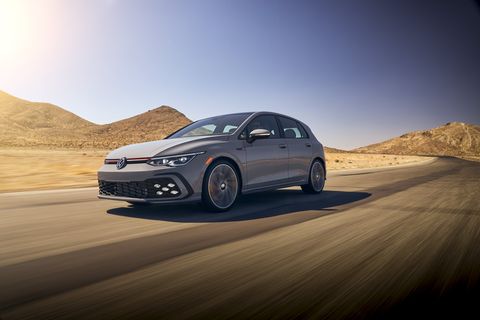 While the European-spec GTI and R were revealed two weeks ago, and while the plain old Golf Mark 8 was first shown way back in 2019 in Wolfsburg, we here in Dee OO-Ess-Ahh got to see our specifications of GTI and R only this morning, at the Chicago Auto Show. And what a set of specs they are.

Both GTI and R ride on the eighth-generation Golf platform, the Mark 8 (or Mk VIII if you’re an ancient Roman). Both are powered by an “updated” version of the turbocharged, direct-injection EA888 2.0-liter four, making 241 hp in the GTI (13 more than the Mk7) and 315 hp in the R (27 more hp). Those numbers match the figures of the Euro-spec models, too, so there’s no more so-called Atlantic power gap. Word is the R will get around the Nordschleife in 7:51, 19 seconds faster than the previous model. Both GTI and R will hit an electronically limited 155 top speed. They are the most powerful engines ever in these models. Both come mated to your choice of six-speed manual or seven-speed DSG. 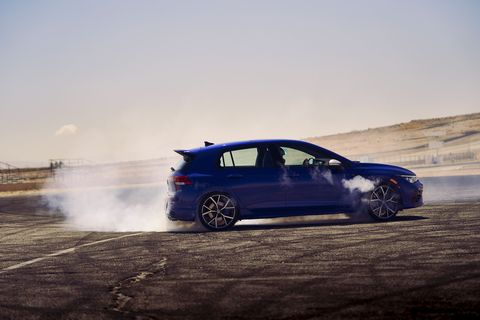 Volkswagen says that for both cars “new vehicle dynamics settings improve handling,” with the GTI getting a VAQ torque-sensing limited slip front differential while the R, of course, gets torque-vectoring awd.

The heart of the system in the GTI is the integration with all the electronic controls like ESC, EDS and XDS+ with the VAQ diff. VAQ stands for Vorderachsquersperre, of course, “front axle cross lock.” VAQ adds a multi-plate clutch between the differential and the right drive shaft. Then, by integrating its engagement with the electronic sensors it “offers a variable degree of intervention… (that) makes it possible to avoid steering corruption.” That might be a fancy way of saying it eliminates torque steer. It is more sophisticated than a simple disc-brake-grabbing traction control, for sure.

On the Golf R, Volkswagen says it has designed a new 4Motion all-wheel-drive system with rear-axle torque vectoring. The previous system could send half the torque to the rear axle but the new one can further distribute up to 100 percent of that rear-wheel torque to individual rear wheels via two multi-plate clutches.

Inside, look for “entirely new electronic architecture,” from the 10.25-inch Digital Cockpit Pro that allows you to set up a customized display, including a full-screen map in the digital cluster and on the 10-inch center display, to touch panels that control lighting, defrost, HVAC and audio. A HUD is available, too, as well as ambient light in your choice of 30 colors. Further, Volkswagen’s IQ.DRIVE uses front and rear radar, front camera and ultrasound sensors for semi-automated driving.

But chances are you’re going to want to do the driving in these.

The GTI is priced starting at $30,540, including destination, with the six-speed manual, and the R with the same trans starts at a whopping $44,640. That’s not exactly klein geld (small change), but at least we get the option of these two hottest of hatches in our market – and with available manual transmissions to boot. Danke Schoen, Wolfsburg! 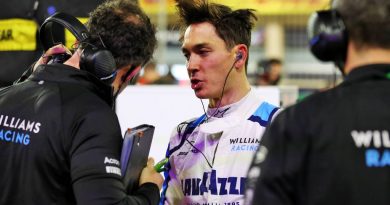 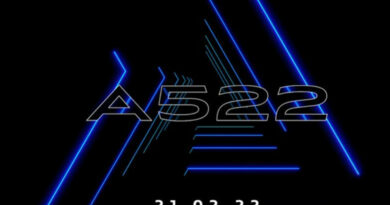 Live! Watch Alpine unveil their 2022 challenger, the A522