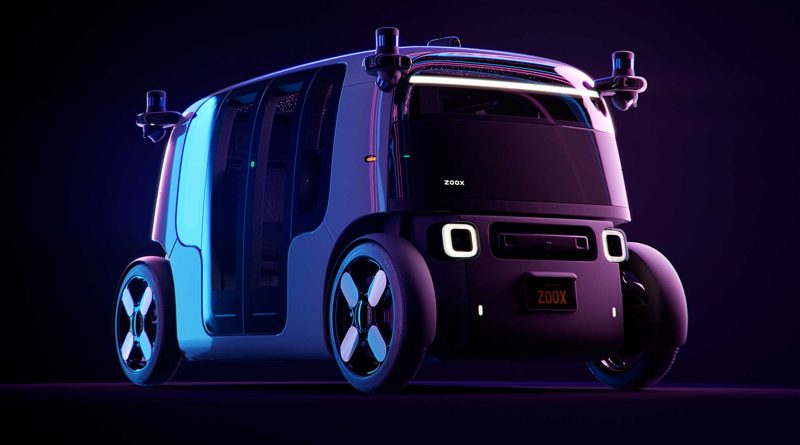 You can order everything else on Amazon, so why not short-trip urban rides in the, um, Zoox? Envisioned as a strictly geofenced, mostly low-speed robotaxi, this tiny autonomous cube built by recent Amazon acquisition Zoox seats four, features four-wheel steering that permits it to maneuver into very tiny spaces, and is equally happy driving in either direction. It also has nothing to do with Zoosk, the online dating site.

This Bay-Area autonomous vehicle startup was founded in 2014, built its first prototype in 2015, first demonstrated SAE Level-3 autonomy in 2017, began durability testing of production prototypes in 2019, then established a production line in Fremont, California and was acquired by Amazon in May 2020. And that name? It’s short for zooxanthellae—a mobile, algae-like organism powered by photosynthesis that thrives in mutually beneficial relationships with coral. Aww.

How Big Is the Zoox Autonomous Vehicle?

This soft-cornered box resembles a dramatically downsized version of other robotaxis like the Continental/Easy Mile CUbE or an upsized version of the tiny Nuro R1 autonomous delivery vehicle. Its wheels are pushed way out to the corners, so if you were to remove the cycle fenders from the tires, the Zoox’s approach and departure angle would be 90 degrees; so far, the company has no plan to exploit that feature.

Rather, its wheel positioning allows a pair of batteries and motors to fit beneath the two bench seats (which face each other) maximizing interior space. Measuring just 142.9 inches long, it has roughly the footprint of a Fiat 500, but it stands 76.2 inches tall, making it easier to walk in and out of through the subway-style side doors. Steering the front and rear wheels in opposite directions can tighten the turning circle to just 28.2 feet—9.4 feet tighter than that of the late, lamented Fiat.

We haven’t sat in a Zoox yet, but we’re told the materials are “premium,” and indeed photos indicate a ceiling with one of those starlight headliners like you get in a Rolls-Royce. The seating surfaces appear to have been designed with easy cleanup in mind should a late-night reveler disgorge his or her evening’s alimentation. Each rider gets a cupholder and a wireless charging pad, and a built-in screen lets folks check their ETA and select audio programming.

This early-adopting autonomous vehicle will be working for a living, not selling itself on style, so no attempt has been made to conceal the spinny bits that inform the Zoox vehicle about its surroundings. Out for all to see at the four corners of the roof are a set of rotating lidar units, each providing an overlapping 270-degree field of view that, when combined with a full suite of radar and camera gear provides 360-degree awareness out 500 feet in all directions.

Artificial intelligence helps identify all objects perceived by the sensor suite, which, when combined with GPS data and detailed map information provide the Zoox vehicle with the information it needs to determine a route and formulate specific routing around obstacles, congestion, construction, etc.

Active Suspension for Smooth Ride, Some Power, Too

Each of the four corners gets an independent active suspension that sounds pretty exotic, but several suppliers have demonstrated such products envisioned for just this type of application over the last few years. And in any case, these vehicles are intended to carry paying customers for most of the day every day, so some higher upfront costs can be amortized.

The only power statistic Zoox has shared so far is the amount of power stored onboard: The front and rear battery packs combined store an impressive 133 kWh of energy, good for up to 16 hours of continuous use. That giant pack certainly suggests it is meant to be recharged overnight and spend two-thirds of its day in use. Top speed is said to be 75 mph, but we’re guessing most urban geofenced areas won’t provide much opportunity to probe that lofty velocity (nevertheless, bear this in mind when some future movie shows a hacker commandeering one of these babies and leading a high-speed chase).

Company officials claim that the Zoox vehicle has passed key FMVSS crash tests, and in addition to seat belts for each rider, there are two elaborate airbag systems that deploy in such a way as to encircle both riders on each bench to provide forward and side cushioning. (We’re eager to learn exactly where that airbag packages and how it deploys.) And of course, all the autonomous gear is backed up by redundancies.

Stay tuned for more info on when and where the Zoox will be placed in service. 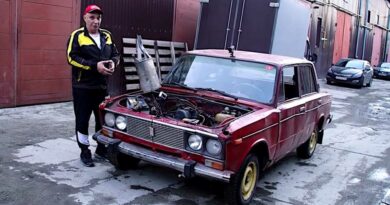 Cutting an Engine in Half Without Ruining It Is Hard 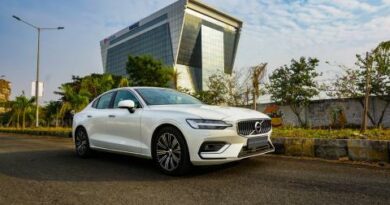 Now get a lifetime warranty on Volvo genuine parts