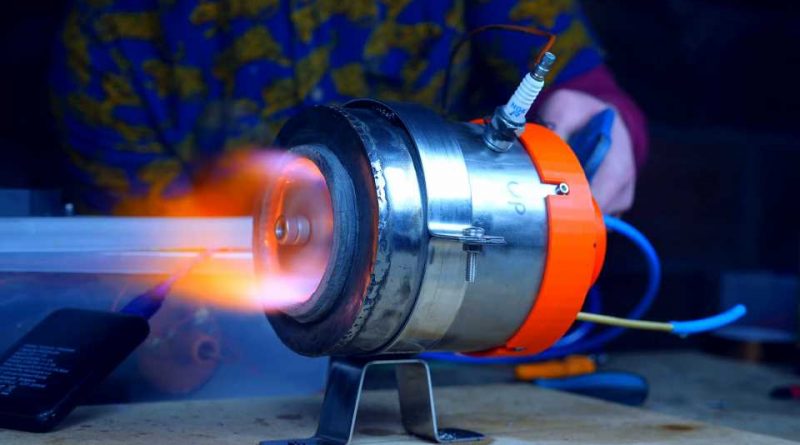 YouTuber Integza is known for a few things; pushing home-fabrication and 3D-printing to their respective limits, and being a little eccentric. The latter you just have to accept, the former is where things get interesting.

This time around, he’s decided to make his own turbojet engine, which, as usual, is far easier said than done. Considering it took the likes of Frank Whittle years to actually make his work, it’s no surprise that, even standing on the shoulders of giants, it takes a few iterations of the design to even get a short run. Once he does get it running, though—in what appears to be his attic—it’s thrilling to see it work. 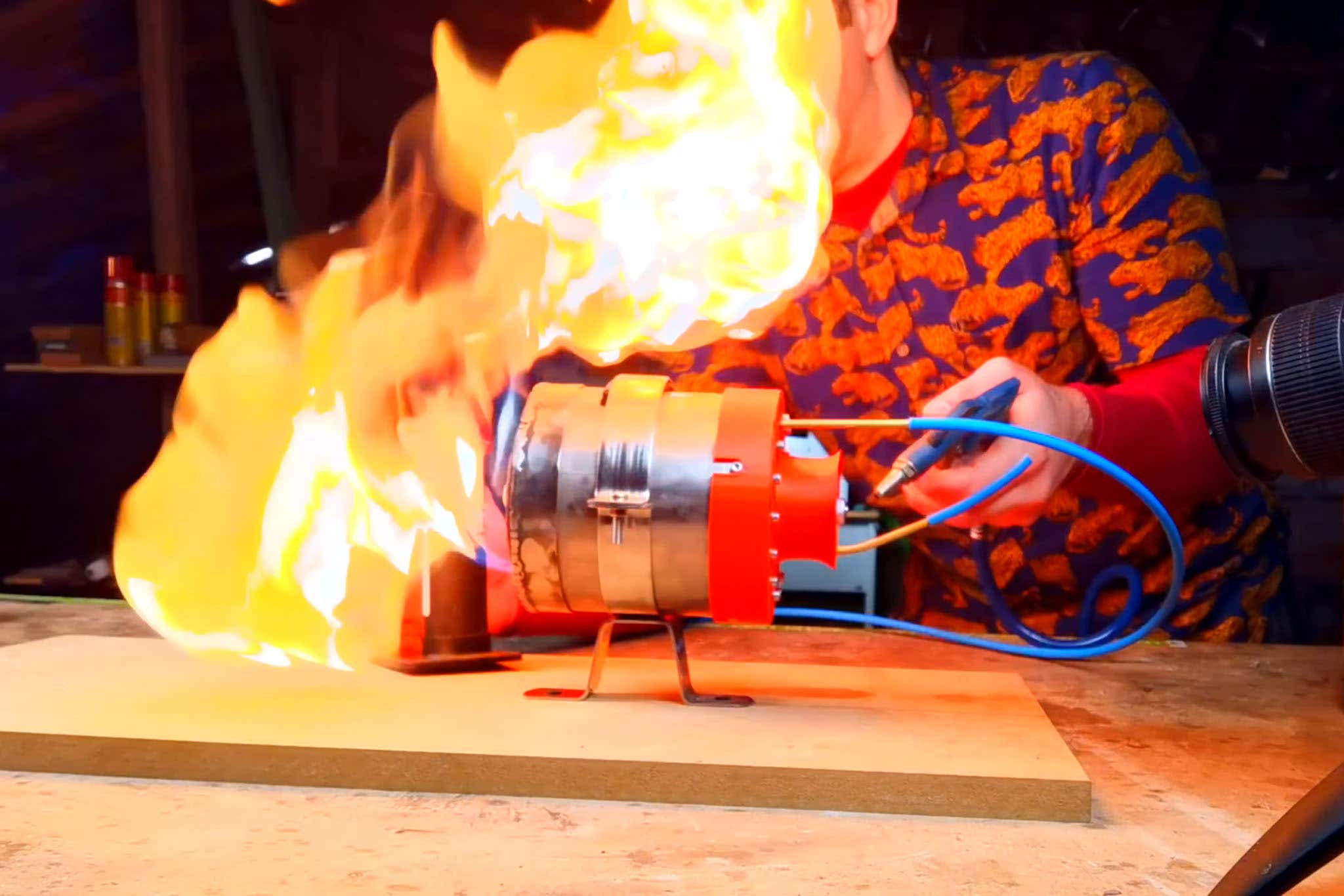 The video starts with an attempt to 3D-print basically the entire engine, which doesn’t go very well. We’re not talking about a completely plastic 3D-printed engine, ceramic resin is available for SLA-style 3D printers, meaning you can theoretically print parts with reasonable tolerances that can withstand extreme heat. They have to be fired in a kiln and shrink during firing, as regular ceramics do, but it’s still possible.

This doesn’t quite work, however. The parts require too much support material, and in the end, the parts that must withstand extreme heat are made out of fireplace cement formed in 3D-printed molds. That’s really the magic of 3D-printing, even if you can’t actually print the part you want, you can still use it as a tool in your toolbox to speed up prototyping.

Our host also realizes that more parts—like the combustion chamber—will have to be made out of metal as well, so through the course of the video, he buys a welder and learns to weld. It doesn’t go great, but nevertheless, his welds hold. Again, we’re not looking for perfect workmanship here, we’re looking for that magical turbojet start-up.

And… it does. It seems like something isn’t quite right with this stubby little engine because the run is only brief and comes after several attempts and a few modifications. However, this home-built turbojet runs for real, in this guy’s attic, and a lot of it is 3D-printed.

We’ve actually covered similar backyard jets before, like one grafted onto a rail car, or another that actually uses two turbochargers for a very interesting effect. Needless to say, if a backyard engineer gets it in their mind that they want a jet engine, they’re going to make a jet engine.

Got a tip or question for the author? Have you made a turbojet in your backyard? You can reach them here: peter@thedrive.com 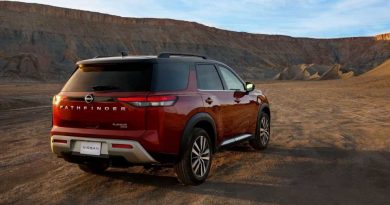 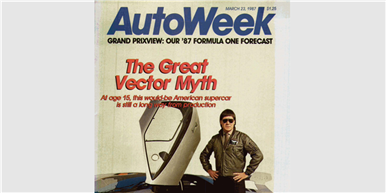 Jerry Wiegert, Enigmatic Creator of the Vector Supercar, Has Passed Away 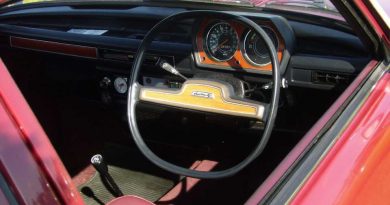