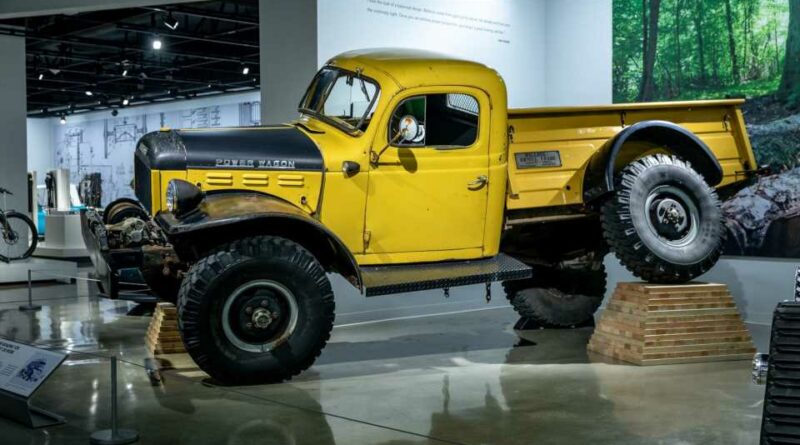 When it comes to off-roading, articulation can be key to getting through rough terrain. The more available, the easier it is to keep the wheels on the ground to maintain traction and push the vehicle forward. It’s the reason live axles still have such a hardcore following, for example. However, back in the 1950s, a Canadian outfit named Willock had an altogether wilder solution that still turns heads to this day.

That technology goes by the name of the Willock Swivel Frame. A special swivel coupling allowed the cabin and bed to twist relative to each other to help keep the tires planted in all conditions. It’s estimated that somewhere between 40 to 100 Dodge Power Wagons were modified by Willock over the years. While advertised for several different trucks on the market, the design was most popular on Dodge Power Wagon models built from 1946 onwards. 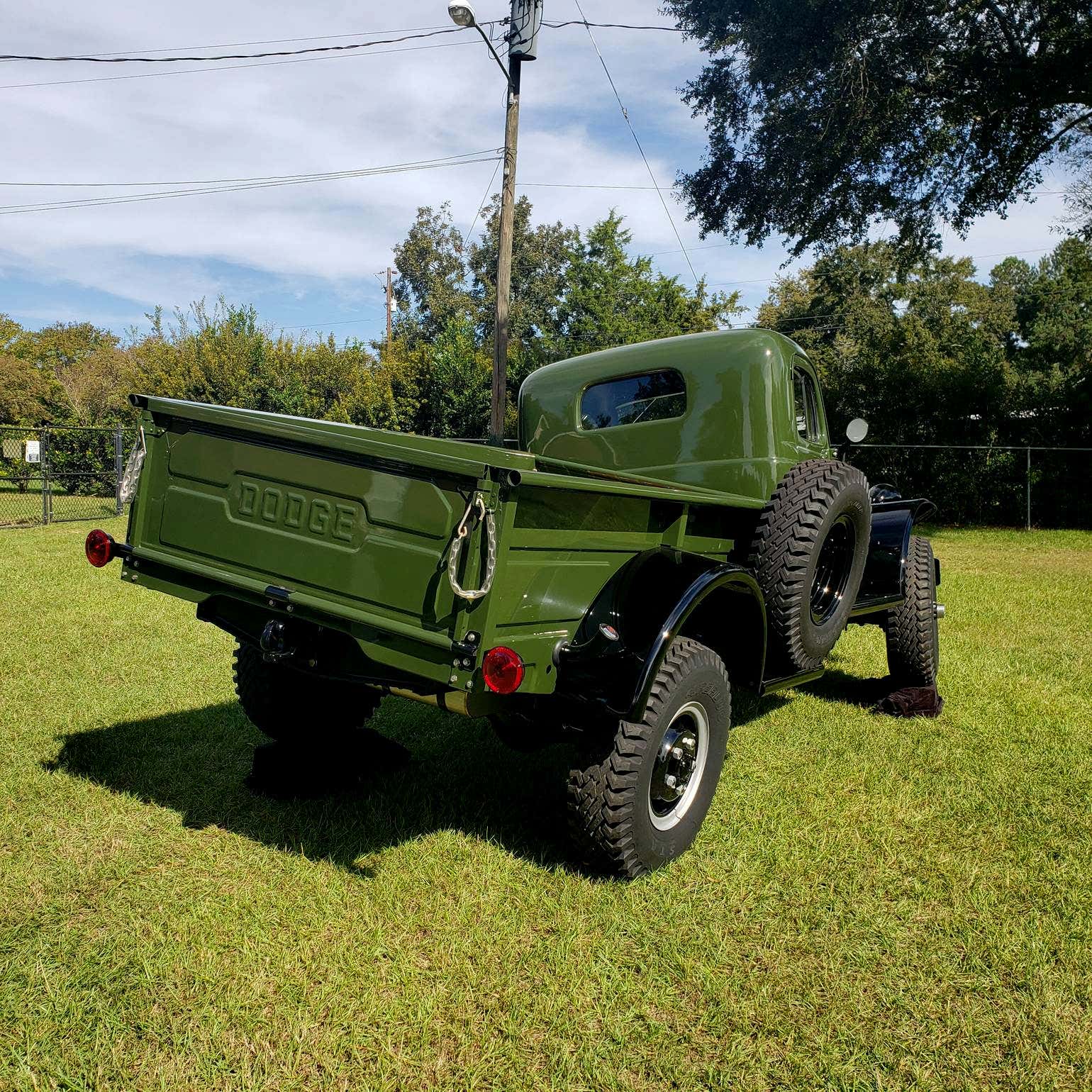 Installation consisted of chopping the ladder frame chassis in half, just behind the cab. Large crossmembers welded into each half of the frame were used to mount heavy-duty bushings. Into these, a shaft was installed, pinning the front and back half of the frame together and acting as the pivot. Locking pins were installed to allow the two halves of the frame to be held rigidly together for on-road duties, providing predictable handling on sealed surfaces. These pins could then be removed when heading off-road, allowing the bed to twist with regards to the cab when needed. 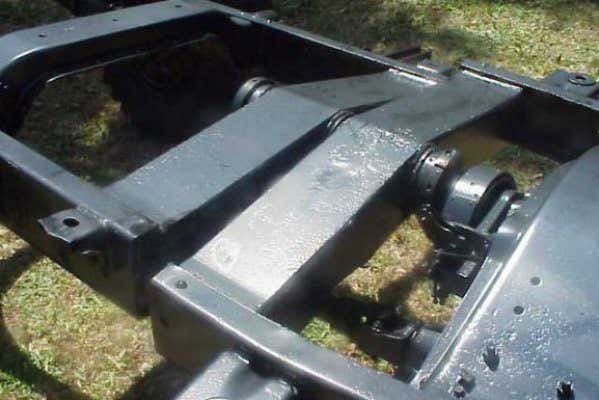 The heart of the Willock Swivel Frame. Note the driveshaft passing under the two cross members that hold the front and back halves of the frame together.

By allowing the rear half of the frame to pivot, it was possible for trucks equipped in this way to more easily keep all four tires on the ground, even when traversing the lumpiest trails. For trucks fitted with simple open differentials, this was a major benefit, as it avoided the truck losing drive with one wheel in the air. It also reduced the likelihood of the truck’s frame getting damaged or fatigued during regular off-road use, with the pivot twisting rather than the frame itself. It does bear noting that you’d want to secure anything in the bed first, lest it get tipped out when the bed twists on an off-camber section. 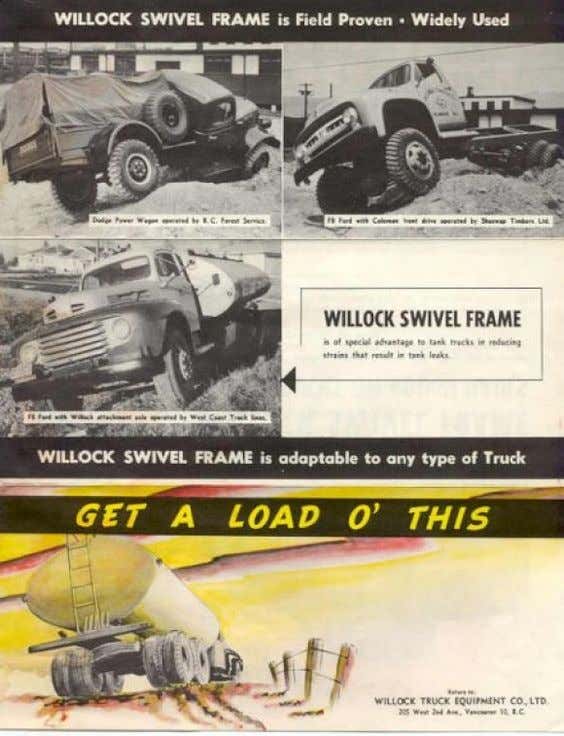 A contemporary ad for the Willock Swivel Frame.

Reportedly, despite this flexural ability, the trucks still handled well with the pivot locked out when driving on road. Despite putting serious load through a single pivot point using bronze bushings, the vehicles were apparently reliable enough for a few examples to still exist. In one video posted to YouTube, a 1956 Dodge Power Wagon with plenty of patina can be seen tackling a bumpy dirt course back in 2011. It’s pleasing to watch the frame twist and turn to seemingly ludicrous angles while the truck continues its progress undeterred.

In fact, earlier this year, a restored 1958 Dodge Power Wagon was sold on Hemmings, as reported by Zero260. Listed at $115,000, the auction photos show off the twisting abilities of the vehicle well. Easily notable is the gap in the running boards between the cab and bed, necessary to allow the two to twist without damage. It’s a significant chunk of change for an old pickup, but restored Power Wagons don’t come cheap. 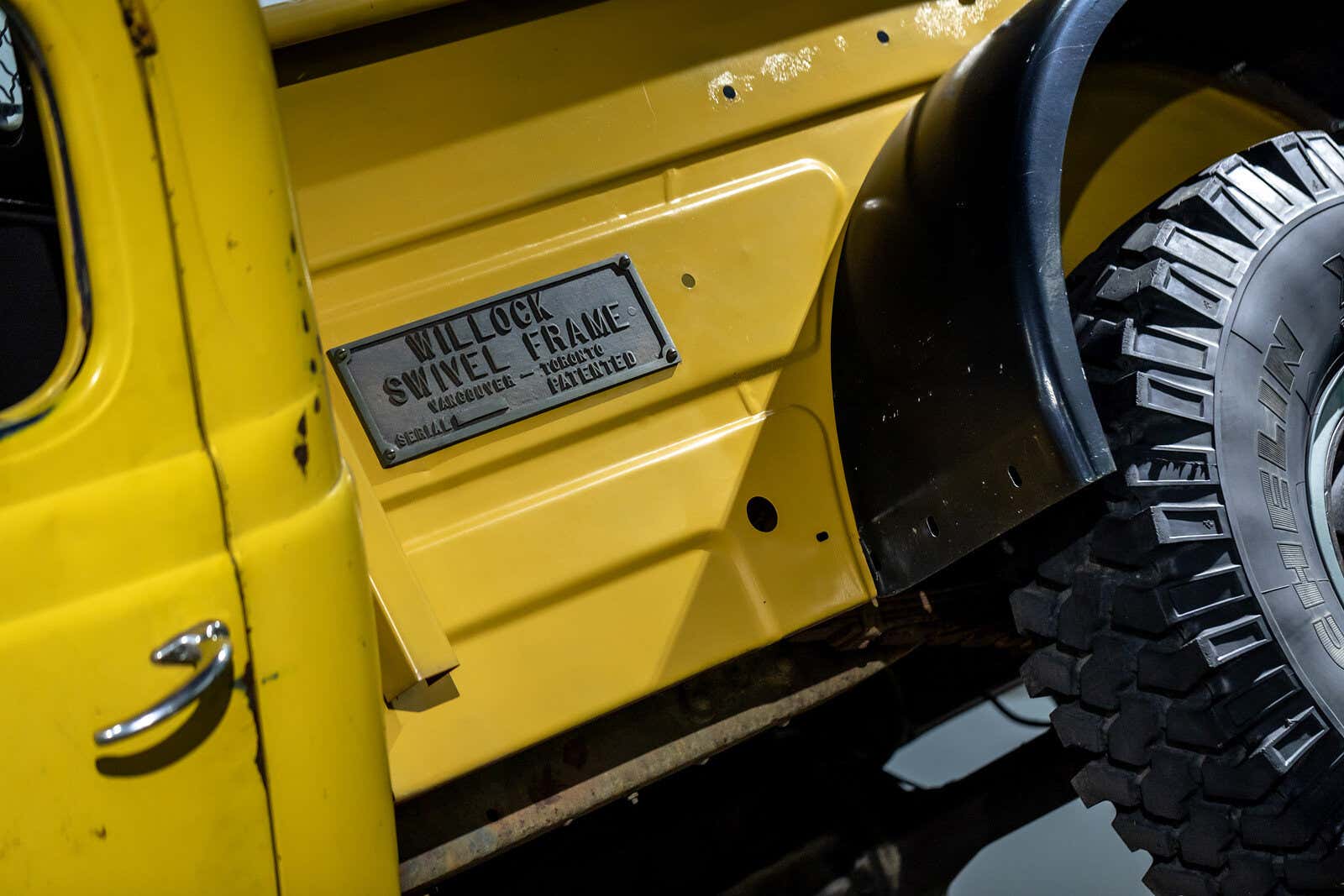 As seen in the title image, this Dodge Power Wagon is on display at the Petersen Automotive Museum.

If you’d like to see one in the flesh without splashing your cash, you could always visit the Petersen Automotive Museum instead. With a 1953 Dodge Power Wagon on show in resplendent yellow and black paint, the truck bears a badge proudly boasting of its Willock modifications.

The Swivel Frame design was largely forgotten over the years, with most manufacturers relying on longer-travel suspension designs rather than fancy twisting frames. This had the benefit of eliminating a pivot which could wear over time, as well as the need to unlock the swivel before going off-road. Conventional designs also tend not to tip the bed as much as a Willock Swivel Frame would. Regardless, it remains as a curio of an earlier era of automotive experimentation.

Sadly, the Swivel Frame isn’t available to fit to contemporary pickups like the 2021 Ram 1500 TRX. However, if you’re creative enough in the machine shop you could probably have a go at doing something similar with a modern truck. When you do so, be sure to drop us a line.

Got a tip on your crazy swivel pickup or something newsworthy? Let the author know: [email protected] 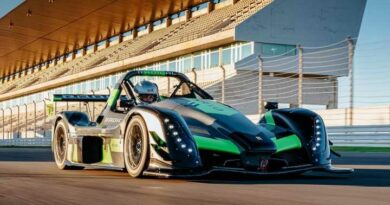 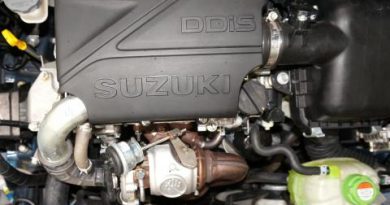 Maruti: No small diesel engine; instead to expand CNG line-up