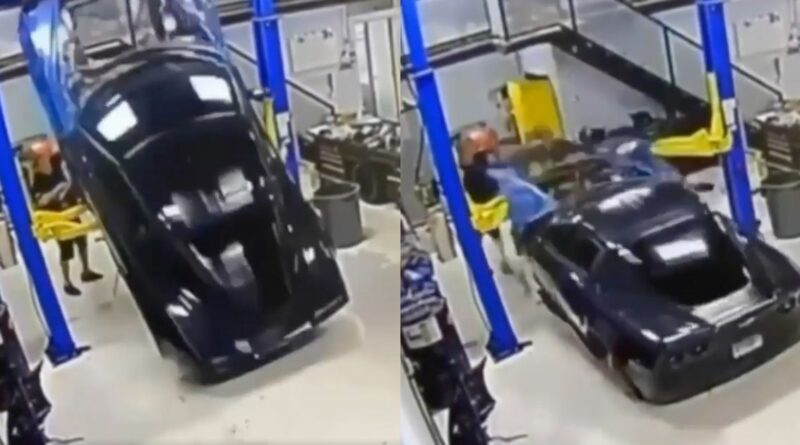 It’s surely every mechanic’s worst nightmare – a relatively expensive car falling off a workshop lift. The silver lining in the case of this C6 Chevrolet Corvette’s disastrous toppling is that no one seems to have been injured, but unfortunately, the car came off very badly indeed.

Uploaded to Reddit and subsequently spotted by Motor1, this CCTV shows a Corvette falling backwards off a two-post lift as someone – we assume a workshop employee – tries and fails to prevent the ensuing disaster. As it drops, the car’s front wings and front bumper are ripped away by the lift arms. It probably didn’t look too pretty under the rear of the car, either.

There’s precisely zero context to go with the video. We don’t know when or where it was shot, the cost of the damage, or the employment status of the poor chap who witnessed the carnage. Perhaps still processing what’s happened and the potential consequences, he simply walks away, takes one look back at the mess, and disappears into another room.

It’s possible that his apparent composure is down to the mistake being someone else’s. That error is plain to see as the Corvette falls – the engine has been removed. It won’t matter if the correct lifting points were used, as such a dramatic shift in weight distribution needs to be accounted for (with straps, most likely) to prevent something like this from happening.

Make sure you don’t miss the week’s best car stories by signing up to the Car Throttle newsletter! 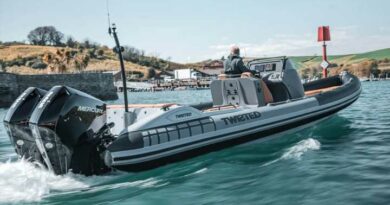 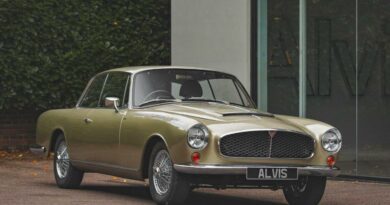 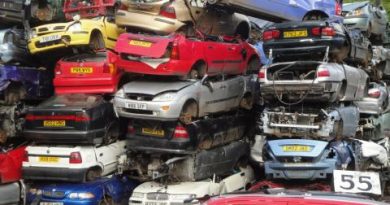