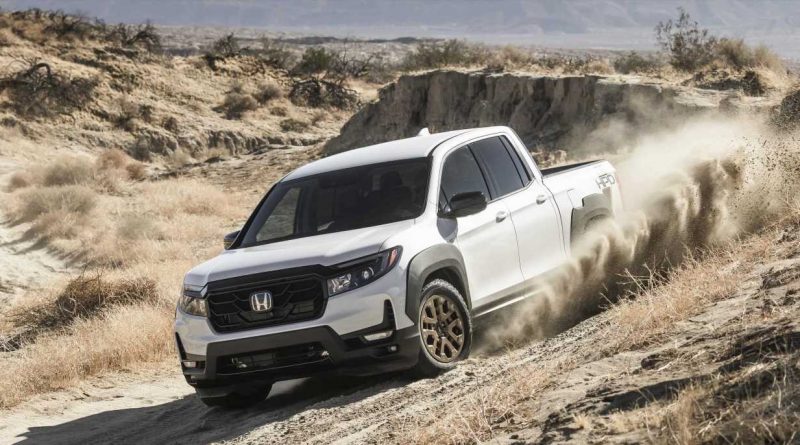 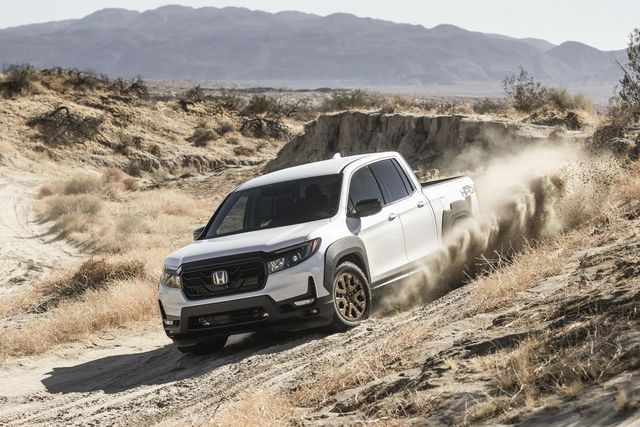 Is the pickup truck going to evolve into something closer to a crossover SUV? Are frame rails and big V8s on their way out? Is the whole world being swallowed up by the passenger-car-based cute-ute monster?

Honda just redesigned its Ridgeline, Ford is coming out with a Maverick, and even Hyundai is going to start selling a Santa Cruz pickup truck soon. The idea makes sense, at least on paper. All three of those trucks have one thing in common not shared with traditional trucks: They all ride on unibody architectures shared with other uniobody crossover utility vehicles. The Ridgeline shares chassis componentry with the Pilot, the Maverick shares with the Bronco Sport and Escape, and the Santa Cruz with the Santa Fe. This is a new thing in the pickup truck world.

Since ancient times pickup trucks have been built on ladder frames, with the beds and cabs bolted directly to them. The fancy ones had rubber donuts between the cab and the frame. Some of the frames were even closed “Os” instead of open C-shaped cross sections. These new unibodies don’t have frame rails, bolts, or donuts. They are all one big spaceframe structure, like an airplane fuselage or a Fabergé egg. 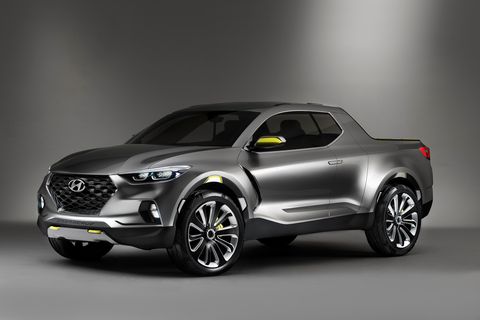 There are advantages to this. The ride is almost always smoother in a unibody, the interior noise level is greatly reduced and the thing just generally behaves like a much more comfortable vehicle than something banging along on frame rails.

I just spent a week in the new 2021 Honda Ridgeline, for instance. It is delightful. Sure, I didn’t haul a load of gravel to pave a driveway with, nor did I haul 800 highly polished Earl Anthony bowling balls. But most people don’t do that. Now granted, ranchers, farmers, and contractors need big pickup trucks to haul live steers, this year’s beet crop, and all that fiberboard for that kitchen remodel. But I’m going to go out on a limb here and say that most of the rest of the population doesn’t actually need a full-size pickup truck on a frame. They need something more like the Honda Ridgeline I had all week.

I will leave it to psychiatrists to detail exactly why the vehicle we drive must be an extension of the personality we desperately hope to project to the world.

“I think what one defines a pickup truck to be is very much in the eyes of the buyer,” said Ed Kim, VP of industry analysis at AutoPacific. “The reality is that most retail pickup buyers really just use these things as cars.”

And we’ve had car-based “pickups” before.

At first, the reception for unibody trucks like the Ridgeline was predictably anti-unibody. The trucks guys love to bash these new comfy unibody pickups. A look around the internet—generally the best source for all fact-based research—shows little interest in unibody pickups among traditional pickup truck buyers.

Many truck forums don’t list any of the three new unibody pickups on their subject lines for topic talks. There are topic headings like “Ford,” “Chevy,” “Heavy Duty,” and subjects like that, but none for these new vehicles. You do a search of discussion topics and “Ridgeline” appears only obliquely on a few, and then under the heading of whether they make good used truck deals for your aunt.

“Just a big sedan with a trunk instead of a bed,” said commentor ‘unit731’ in one brand-specific forum. “But the Ridgeline is a fine vehicle. The average Joe or Jane don’t really use a truck in the traditional sense. Now they will have a choice between the Honda and the Hyundai. For this type of truck.”

“Honda should give up on trying to compete with the American pickup trucks, Toyota even knows they will never be able to go head-to-head with the Big 3 full-size pickups,” replied ‘easy62.’

Countered ‘robr2’: “They’re not trying to compete with the Big 3 full-size trucks. They are trying to keep the Honda faithful in the brand should they want something with a bed.”

“A four-foot bed is totally useless to me,” said ‘turf3.’

“It’s a ‘lifestyle’ truck,” said ‘HappyRider.’ “I don’t know of any Honda owner wishing for a truck.”

But many in the truck-commenter community are warming to the idea, especially those who admit they don’t need to tow and haul all that much.

“I’ve owned four pick-ups, all half-tons or HD, and quite honestly for the way I used my trucks I could get away with a Ridgeline,” said Chris Chen on tfltruck.com. “Once you get past the image and stereotype of a ‘truck guy,’ I’m sure this would have fulfilled 99% of my needs and still give me the handling confidence of driving a car.”

“It’s a ‘lifestyle’ truck. I don’t know of any Honda owner wishing for a truck.”
—HappyRider

“Kind of a pity about (people’s) disdain (for the Ridgeline), really, because the Ridgeline is the absolute perfect vehicle for 99% of today’s truck buyers: Manly-looking enough in styling, function, and name to allay any fears of being thought of as low-T,” said “TJ.” “And yet, it is still comfy and roomy enough to drive like any other open-backed SUV, and the bed fits a LOT of soccer balls.”

I asked my friend and media colleague, the pickup truck expert Tim Esterdahl, publisher of Pickup Truck + SUV Talk, what he thought of the Ridgeline and, by extension, the Maverick and Santa Cruz.

“Ah the Ridgeline,” he said. “I seem to get asked about this one quite often.”

I asked if it was a real pickup truck.

“There is a lot of controversy these days on what is a ‘real pickup.’ With the Ridgeline’s unibody construction, front-wheel-drive powertrain, and blah styling (2021 is aiming to address the latter complaint), there is a divide between truck guys. However, many truck guys have switched to the Ridgeline after discovering the better ride quality, lower ride height, and capabilities mirroring what their actual real-use of a pickup truck is for them.

“Others scoff at the idea of such a pickup, saying it is simply a Honda Pilot with a bed and should be considered as such. For me, this whole debate has to be similar to when the Chevy El Camino and Ford Ranchero were on the scene. Were those sedans with a bed, a truck, or something else? I’d say something else and the Ridgeline fits into that category.”

Esterdahl sees the future for unibody pickups as “a sliver of a large market, not the majority in my lifetime.” 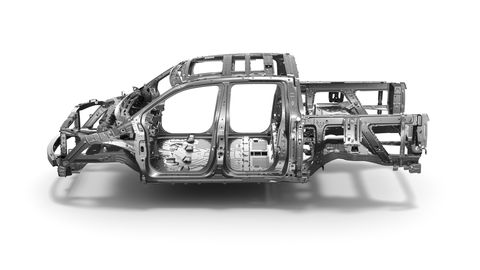 “I think they are going to represent a version of the future pickup,” Kim said, citing the coming Hummer EV and Rivian EV as unibody examples, along with the Ridgeline. “I’m not sure that we’ll ever fully move away from body-on-frame trucks because there are certain duty cycles that really require that type of construction, but think about what happened with SUVs over the last 20 years or so—when SUVs first became popular, there was definitely an expectation that SUVs needed to be built on tough truck frames. And then ultimately consumers realized that’s not really how they used their SUVs and what they really wanted was more ride comfort, more refinement, and better fuel economy.”

I think the unibody pickup will continue to increase in market share, the same way SUVs did as those became more and more comfortable. When the first crossovers came out we all smugly scoffed that they had no low-range transfer cases and were therefore useless. Well, look where the market is now: It’s all crossovers all the time. Honda was late to the SUV party decades ago, relying on Isuzu (remember them?) to provide a couple of utes. Now Honda is still late to the truck party, but is plowing ahead into it full-steam, with its own unique take on what a pickup truck is, or will be. Ford will follow with the Maverick and Hyundai, too, with its Santa Cruz. Wonder who will be next?

Sign up to leave comments and weigh in on this most controversial of topics: Are unibody pickups real trucks? Does the badge make a difference in your determination? 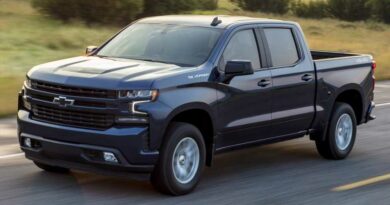 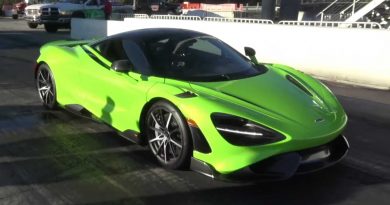