I had also shortlisted other cars such as the Honda Amaze, Tata Nexon, Mahindra XUV300 and the Renault Kiger.

BHPian aniruddh1987 recently shared this with other enthusiasts.

It is lovely to be part of such an esteemed community of auto-enthusiasts and I thought what better way to begin my journey of becoming a new BHP member than share my own journey of picking a new car during the last two years.

First a little about me:

For the longest of time, I am a minimalist and pro-climate person, not for the sake of it but because I had started a business right out of college which taught the value of every paisa and buying a car while living in a metro city with great infrastructure (Delhi) never really crossed my mind as a strong need. At our home, we had a faithful Wagon R LXi that my elder sister had bought (her first car) in 2006, which she let me use for trips on and off as needed and later gave to me as a gift when she got married and went to a different home (usually, it’s the reverse :P).

Anyways, fast forward 2020 and I realize that the car will expire in 2021 as it would complete 15 years mandated by law. Most of my friends around me had fancy cars they had bought recently and often used to ask me when I planned to get rid of this old horse and get a new ride, to which I never really had a concrete plan. Except for the safety angle, I did not have a lot of demands from my car, which it wasn’t able to fulfil.

Being a pro-climate person, I started off my journey looking at electric cars. In my budget, I could only hope for an e-Verito or a used Nexon EV, both of which were not very exciting as a package. Low range, questions around reliability and battery replacement were staring at my face so I decided to park this thought for the time being.

I started looking at what were the best options available in petrol. Given my requirements, I took a fancy to Kia Sonet iMT/DCT, Tata Nexon AMT, XUV300 AMT and Skoda Kushaq 1.0 AT. While Nexon and XUV300 were selling like hotcakes, Sonet eventually getting launched in September with much fanfare and slightly disappointing pricing packages, Kushaq was still far away. Keeping the Sonet pricing, Kushaq’s launch delay as well as rumours around Tata launching an electric sedan with sub-10L pricing in mind, I decided to hold off my decision till 2021 as I still had time till August 2021 before our car expired.

Much of the first half of the year went away in anticipation of details around the Kushaq and Taigun launch and their pricing. As cars come, Kushaq and Taigun were coming from a stable which is known to make safe and well-riding machines. I had partially made up my mind to keep these two cars in my final list of cars that I would eventually test drive.

Rumours around Tata’s latest EV launch turned true in the form of Tata Tigor EV and the inner feeling of being in the driver’s seat to take us into an all-electric future started taking hold over my thought process. I watched all videos, read all reviews and visited the showroom a couple of times before coming across the latest Delhi EV policy where they stated that they were no longer supporting subsidies on electric cars they were earlier providing. Without the subsidies, the car would’ve gone way over my budget. Combined with the fact that most people I spoke to recommended me not to get an electric car if my running is not high enough (say >1000km a month) as it would not turn out to be a financially wise decision, with a heavy heart I decided to drop the EV idea once and for all and settled with the thought that my next car would definitely be an EV as by then I would have much more choice and the ecosystem would’ve also matured by then.

This was the most action-worthy phase of the entire journey. The WagonR had expired and I could no longer use it to commute around and barring a few situations, it used to pinch me a lot. Most frustrating situations used to be when Uber/Ola drivers used to ask “Kahaan Jana hai” (“where do you want to go?”) and then proceed to cancel the rides, not once, not twice but 4-5 times in some cases. Something had to be done.

Another exciting development around this time was the launch of MG Astor. After looking at the prices, I pre-booked the Astor Style variant in the first 10 minutes of booking opening on Oct 21st, thinking that I’d cancel it if it didn’t work out later.

I took the advice of a trusted friend who had recently bought XUV300 and started taking test drives.

First things first were to create a final list of contender cars, including some great manual packages. Also, I removed all Hyundai/Kia cars from my list due to poor safety ratings. So goodbye Venue, Sonet, Seltos and Creta.

Below is that finalized list along with their negatives in bracket:

From my list, I took the advice of some sane people around me and removed both discontinued cars (Yaris and Rapid) from my list as the first step.

Following this, I further researched more on automatics and decided to only go for true automatics for that refined experience of AT/CVT over AMTs, if I’m going to spend 13 lacs on a car. I had decided not to go for DCT (like I had a lot of choices, to begin with) due to it being not the most friendly transmission system for city driving. Out go Nexon and XUV300.

Furthermore, decided to let go of cars with poor service networks or question their long term presence in India, which removed Kiger from my list although at this stage I decided to keep Astor for the sheer value it offered.

After taking all test drives, a few things were clear as day:

S-Cross was looking like a near-perfect package with great ride quality, proper automatic, assumed 5-star safety rating of the India-spec version and Maruti’s ownership as cheery on the cake making it look like it had all the potential to be my next car

I decided to book S-cross but am still waiting for a response from the Astor team on delivery updates. Not long into November, I started hearing excuses from MG and my SA that base models are not in the first batch delivery and I would need to wait 6-9 months to get the car if I was lucky, combine this with the fact that mileage and MG’s future in India were/are still a puzzle.

This was the final blow. I decided to not wait any longer and confirm S-Cross as my next car. I got the confirmation that I’ll get the car in 3-4 weeks and voila, my Nexa SA called me on my wedding anniversary on the 5th of December that our car has arrived at the showroom and asked me to come to check it out personally for the PDI.

I got the car home on 14th December and have clocked close to 150 km on it so far and loved every minute of it.

Thank you for reading thus far. Would love to get feedback, suggestions, advice anything. 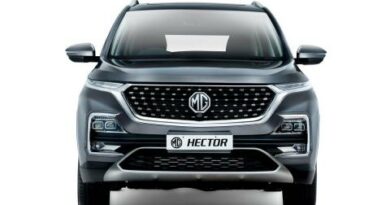 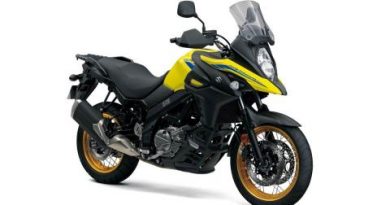