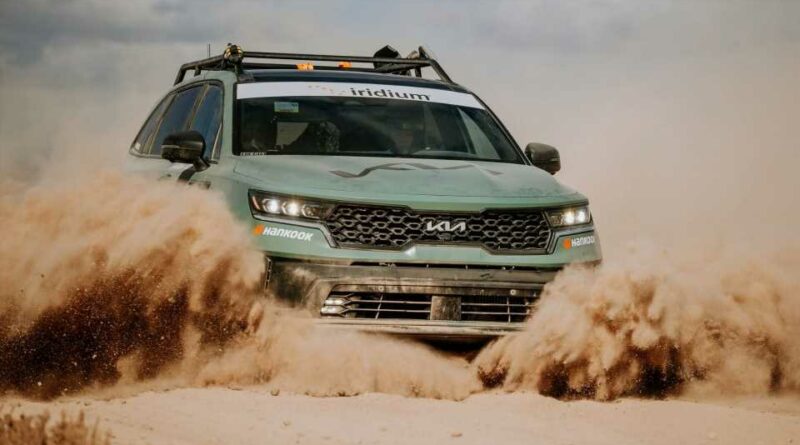 Imagine you’re planning to participate in a 1,500-mile rally across Nevada, Arizona, and California and you’re thinking you want something rugged, with beefy tires and some off-road credibility. You want to place in the top three and you’re considering your choices: a Jeep Wrangler might come to mind, or a Subaru Forester Wilderness, or a Ford Bronco.

I’d bet money you wouldn’t have thought of a 2022 Kia Sorento plug-in hybrid. And yet, at the end of 10 days off-roading in the X-Cross category at the 2021 Rebelle Rally two weeks ago, it was this PHEV that placed second and third overall in a field of tough competitors. 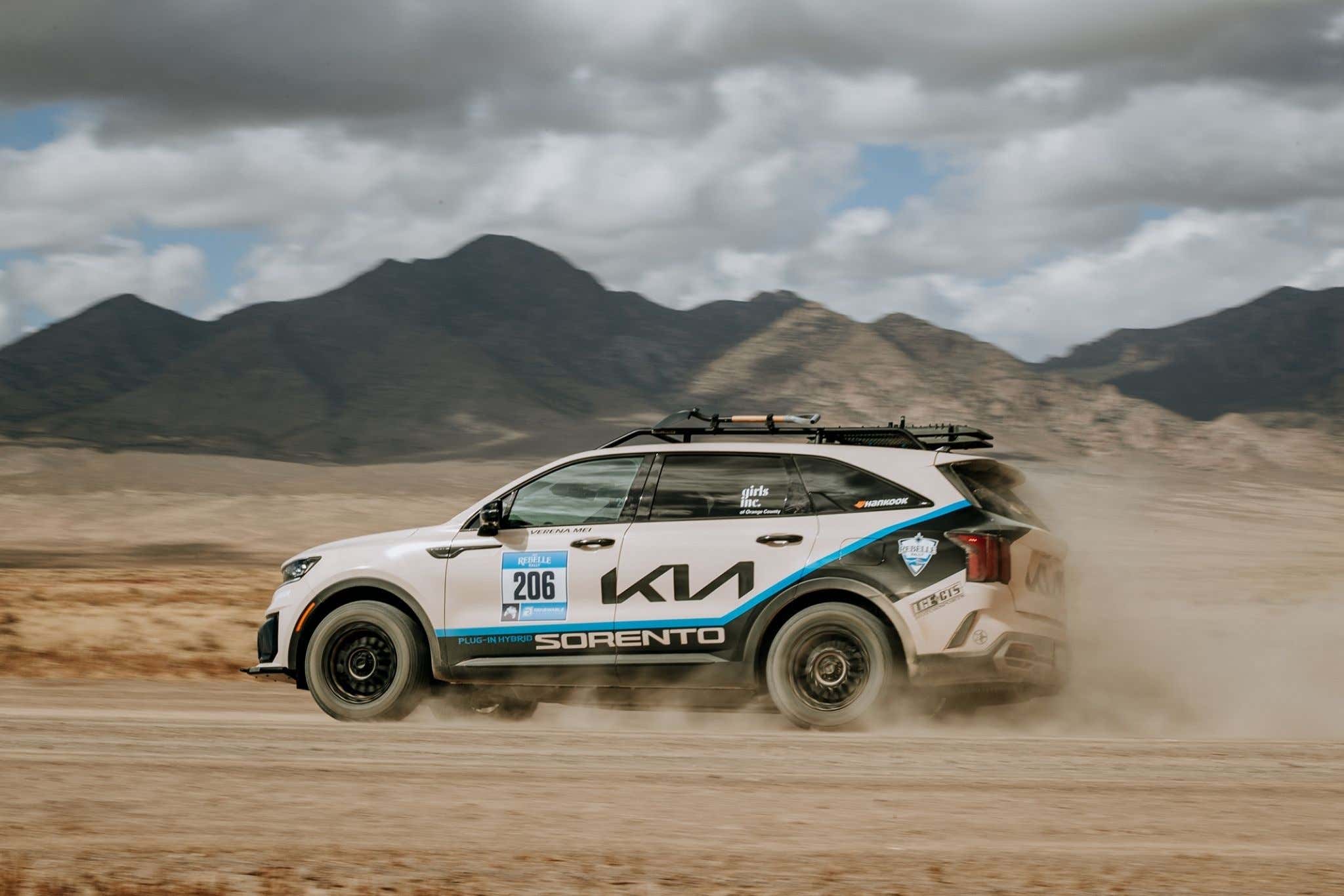 The third-place winners, Team 205 (Watt Girl Summer) was made up of driver Alyssa Roenigk and navigator Sabrina Howells in the Sorento PHEV. Last year, they competed in the rally in a 2020 Kia Telluride, which was new to the market, and they were surprised by its capability off-road. At this year’s rally, they were even more surprised by the Sorento.

“I came from the off-roading community and thought, ‘This is going to be interesting,’” Howells told me after the competition. “This vehicle is way more capable than I ever thought it would be.”

Customized by LGE-CTS Motorsports in California, the Sorento PHEV was modified with underbody armor and a front bumper guard and skid plate. Dynapro AT2 all-terrains were wrapped around 17-inch KMB wheels, and the teams benefited from a one-inch lift kit and tow points attached to the front and rear for each vehicle. With the skid plate, the clearance was close to six inches off the ground, but the teams say it was worth giving up a little space for the protection it offered. 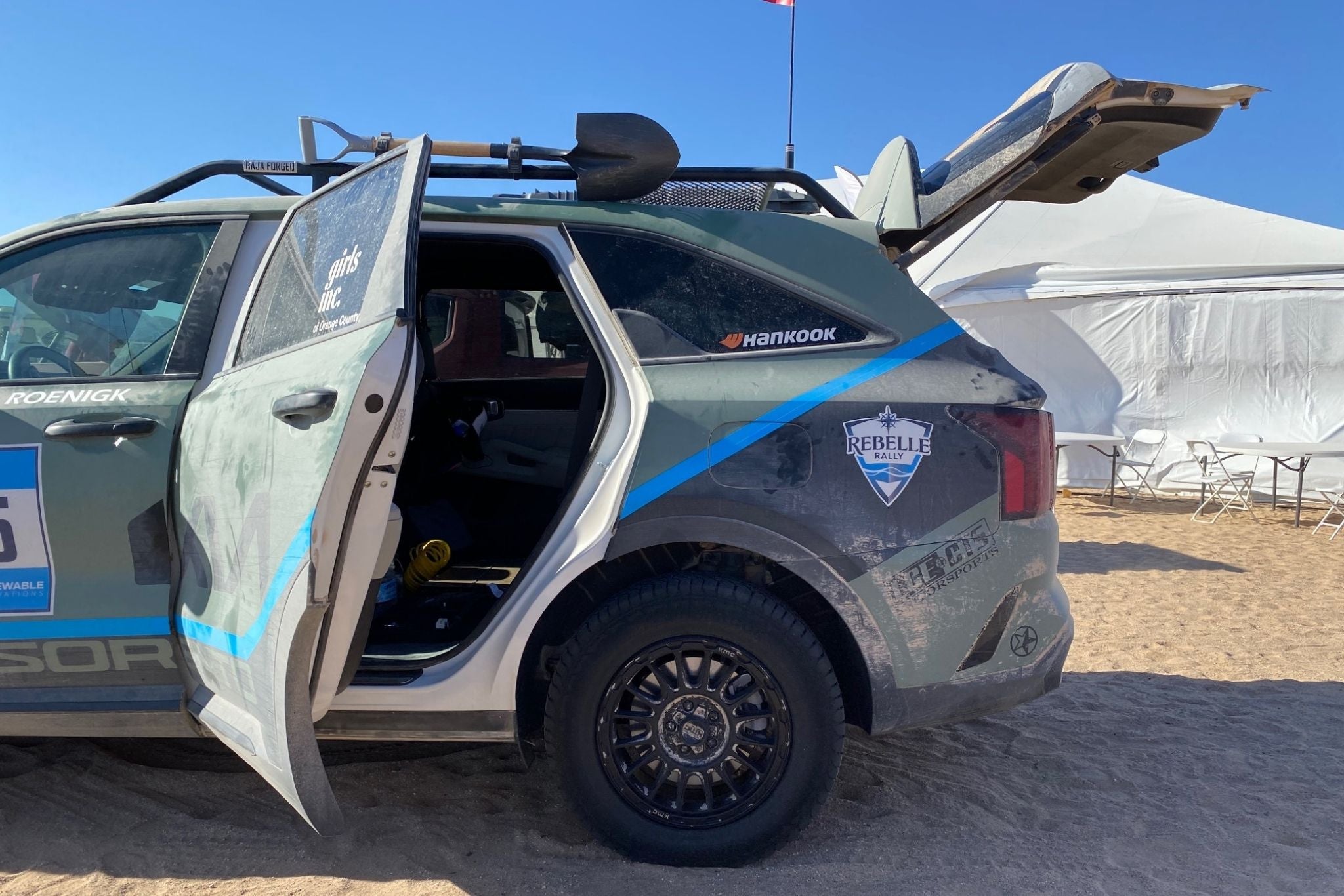 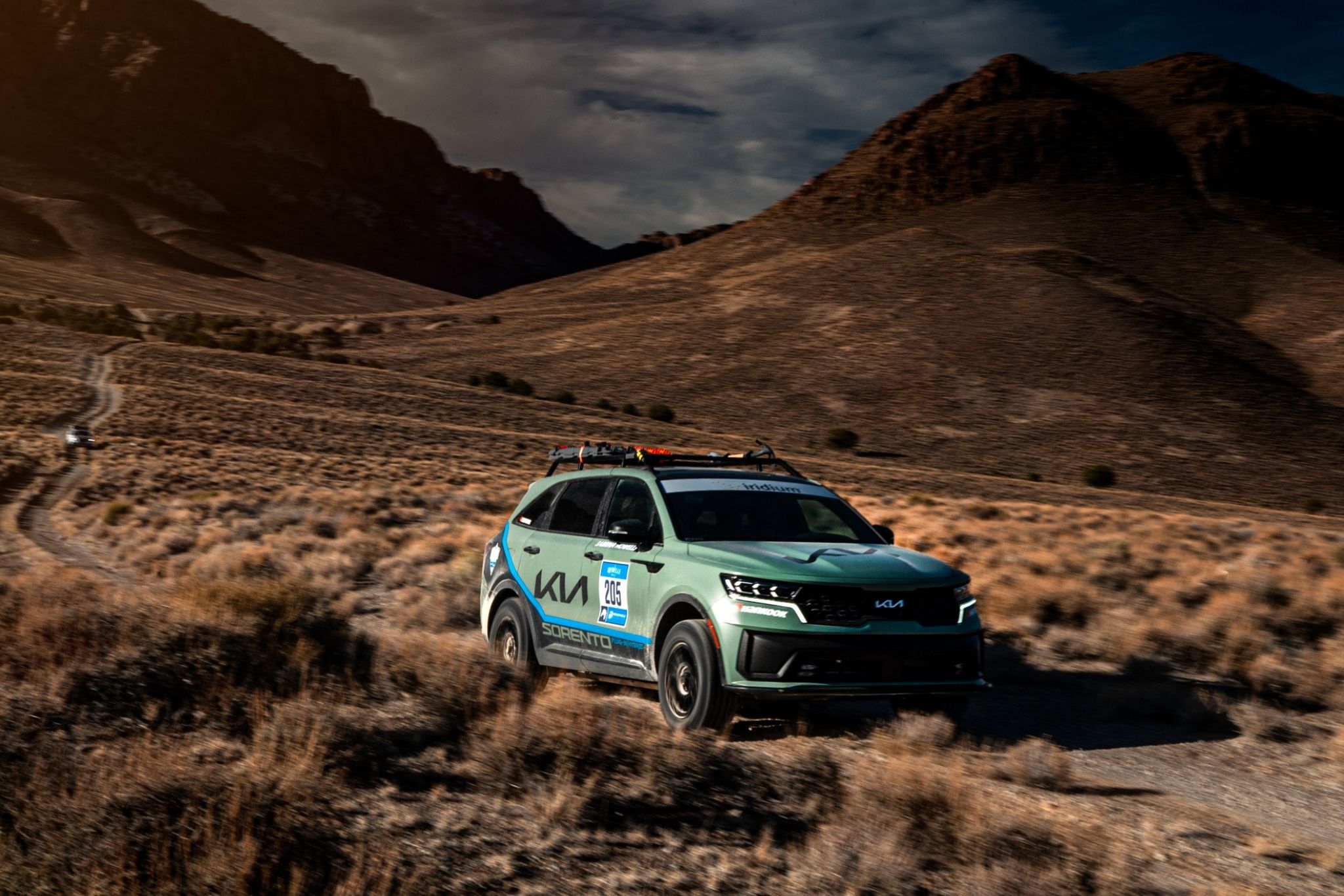 “We navigated through some crazy washes and ditches that you can do but you probably shouldn’t do it without the skid plate,” driver Verena Mei from Team 206 says.

Powered by a turbocharged 1.6-liter GDI 4-cylinder engine with a 66.9 kW electric motor, the Sorento PHEV gets 261 horsepower combined and 258 pound-feet of torque. It targets 460 miles of overall range; 32 of those can be electric only. However, the teams discovered quickly that once the 13.8 kWh battery is depleted, the vehicle is a little trickier to operate.

“We learned you have to keep the charge full because it charges the brain,” says Roegnik. “If the brain is dead, it goes haywire. Once we figured that out, it was as capable as the gas version. We trained with the gas Sorento and realized we needed to hold the charge in case we needed that instant power; if you get stuck, it gives you that torque you need.” 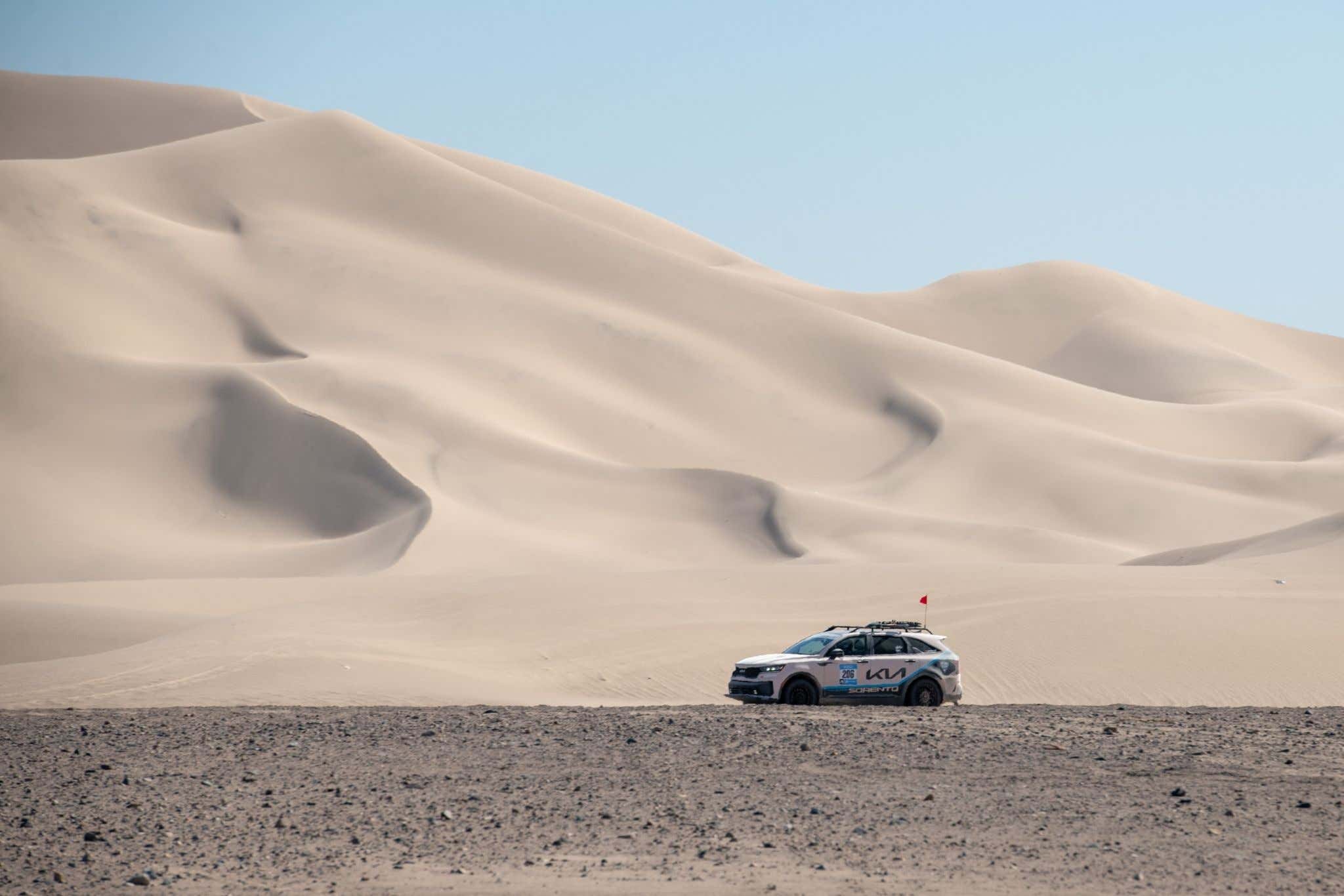 We know from an excursion through Hell’s Revenge in Moab that a gas-powered Sorento can take on a number of obstacles and come out on the other side unscathed. What was less clear is how it would fare on a multi-day, varied-terrain test with nonprofessional drivers at the wheel. Mei says she loved driving the PHEV in the dirt.

“It took a little while to get used to everything because we didn’t get to drive it until the day before the rally,” she says. “I wasn’t sure how it would handle inclines and straddling holes in the road, but by the end of the rally, I was totally in sync with it. We ended up very impressed.”

After her experience in the vehicle, Mei’s teammate Tana White believes the average outdoorsy person can take the Sorento PHEV anywhere they’d typically go. The only thing they’d recommend as an addition is a light bar to make night driving easier, and a middle tow point.

Before the competition, Kia engineers recommended the teams to run the PHEV in Eco mode to conserve the battery. Quickly, Mei and Roegnik discovered if they forced the Sorento into snow mode, which switches the vehicle to gas only, they could run it with the traction and stability control turned off and the battery would not deplete. They had to give up some fuel economy but still had plenty of range to run each day. 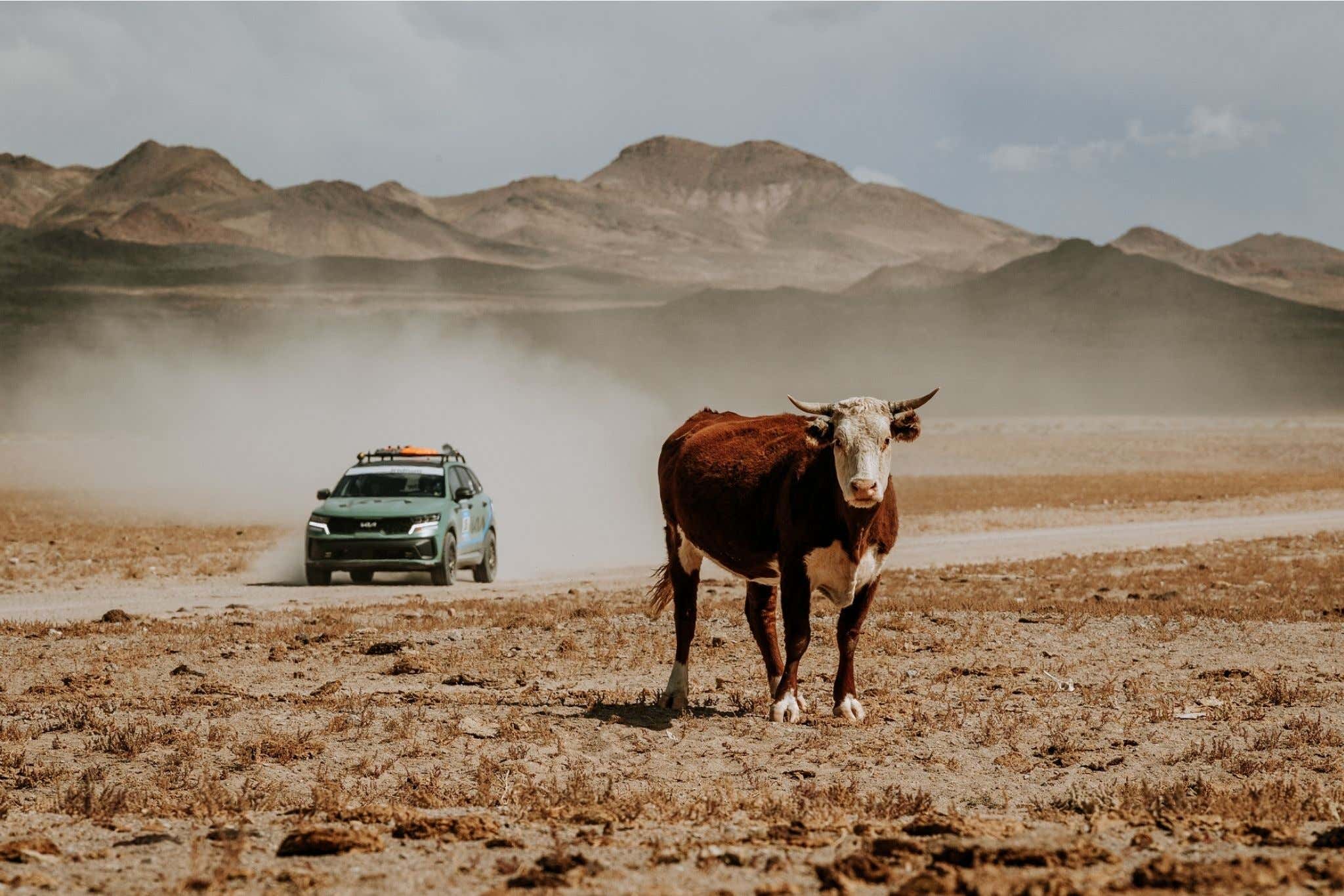 Both teams reported the Sorento PHEV was comfortable to drive.

“I have really short legs and have to get close so I could get into a position where I could drive with both feet,” Roegnik told me. “It was really comfortable to drive off-road for a short person.”

They even slept in the vehicle one night in the middle of a massive sandstorm that wiped out most of the tents. The PHEV has 143.8 cubic feet of passenger space, and for weight and to make more room for gear, they pulled out the back two rows. Each team reclined the front seats back as far as they could go and tried out the nature sounds function before dozing off, confident they would slay another day when they got up the next morning.

Would you take a Sorento off-roading? Send the writer a note: [email protected] 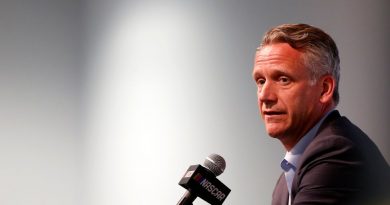 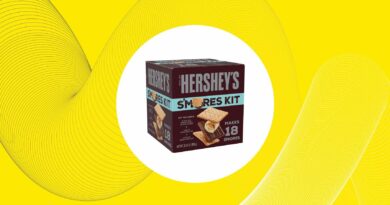 Grab These Bonfire Essentials for Your Next S’Mores Night 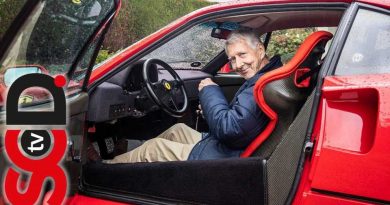