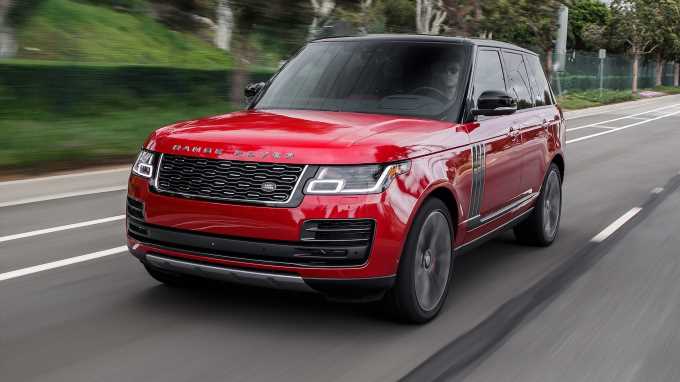 Whether you intend to or not, you’re showing off when you buy a luxury vehicle—and why shouldn’t you? You’ve done well for yourself, so wear that roundel, three-pointed star, or other premium brand emblem like a literal badge of honor. But once you join that automotive upper crust, know there are many levels of conspicuous consumption. The Range Rover SVAutobiography Dynamic isn’t at the tippy top of the food chain, but it’s not that far down, either.

Splitting the difference between the long-wheelbase SVAutobiography and the fire-breathing Range Rover Sport SVR, the SVAutobiography Dynamic gives you all the same luxury appointments as its big brother but in a slightly smaller and nimbler package. Like its long-wheelbase sibling, the Dynamic gets a version of the SVR’s supercharged 5.0-liter V-8 tuned to 557 hp and 516 lb-ft of torque by Jaguar Land Rover’s Special Vehicle Operations unit. That engine, backed by an eight-speed automatic transmission, is more than adequate to propel the 5,812-pound sport ute. A stab of the right pedal will send the high-riding SV model lurching forward, pinning you to the back of your plush quilted leather seat.

In acceleration testing, the SVAutobiography shattered expectations for such a heavy vehicle, shooting from 0-60 mph in a ridiculous 4.9 seconds. Its quarter-mile result is equally jaw-dropping at 13.3 seconds with a trap speed of 107.1 mph. Those numbers aren’t quite enough to land it on our list of the quickest SUVs we’ve tested, but they’re beyond remarkable for an SUV of this size. “While the 0-60 time is super impressive, the quarter mile and trap speed are especially so for this 5,800-pound hulk,” road test editor Chris Walton said. “This motor in everything would be fine by me.”

The SVAutobiography Dynamic lived up to its name on our figure-eight course, posting a time of 26.1 seconds at an average of 0.70 g. That matches what we got for a DSG-equipped Volkswagen GTI and is just a tenth slower than a Genesis G70 with the turbo-four engine and six-speed manual. Braking is also exceptional for a big SUV, with the Range needing 118 feet to stop from 60 mph. Testing Director Kim Reynolds had this to say about the SVAutobiography Dynamic’s performance on the figure eight:

“Plenty fun. Very good power and powerful brakes, too…And turn-in is surprisingly good. Stability control hangs on a bit too long before straightening the steering wheel. There’s lots of body motion, but it’s sort of composed at the same time.”

You probably wouldn’t guess this Range Rover has that kind of performance just by looking at it. And unless you see the SVAutobiography badge and know what it means, you also might not realize how posh it is on the inside. Our SUV came with a two-tone red and black leather interior, which is a bit loud for my taste, but I have to respect the high level of craftsmanship. Our tester also had Steel Weave carbon-fiber trim, a fancy option that comes at no extra cost when you spring for the SVAutobiography.

Just as they do in the standard Range Rover, the SVAutobiography’s digital instrument cluster and dual-touchscreen infotainment system look sharp. But the latter has room for improvement. The system is slow to respond to inputs and occasionally lags when you swipe between screens or load an app. Also, because climate and other vehicle controls reside on the lower screen, you have to take your eyes off the road to change certain settings. Associate Online Editor Stefan Ogbac found the setup “distracting to use and absurdly slow,” adding that “the lack of physical buttons hurts its overall usability.”

But not all of the Range Rover’s tech is flawed. Its adaptive cruise control system, which comes with the $400 Driver Assistance Pack, is surprisingly good. Set at the closest following distance, the system maintains a reasonable gap—enough room to stop in an emergency but not so wide that it invites other drivers to cut you off. The radar also stays locked onto the vehicle in front even on bends, and the system works well in stop-and-go traffic, gently bringing the SUV to a full stop and automatically moving again if stopped for less than five seconds. The lane keep feature is decent as well; it seems to always know where the lines are and makes subtle corrections to keep you centered.

Despite riding on 22-inch wheels wrapped in ultra-low-profile tires, a $2,140 option, the SVAutobiography Dynamic rides pretty well—at least when the pavement is smooth. Running over imperfections in the road surface will result in jarring impacts and audible tire slap. But then again, you might not notice when you’re enjoying the SVAutobiography’s standard Hot-Stone Massage seats and 29-speaker, 1,700-watt Meridian Signature sound system.

All of that opulence comes at a price, of course. The Range Rover SVAutobiography Dynamic starts just under $180,000, which is 30 grand less than the long-wheelbase version but $70,000 more than a standard-wheelbase Range Rover Supercharged. The gap closes once you start adding options to match the SVAutobiography’s standard equipment, but you still pay a hefty premium for the extra power and SV badge.

That price difference probably won’t matter much to someone who can afford a vehicle like the Range Rover and is looking for that extra edge of exclusivity. But such a customer also has a wealth of other options available from the likes of Mercedes-AMG, Bentley, and others—and most aren’t as old as the Range Rover, which was introduced for model-year 2013. Land Rover has done a pretty good job of keeping its flagship model feeling fresh on the inside, but its sheetmetal is showing its age. When you’ve got it and want to flaunt it, is an SUV that looks like the one you could buy five years ago the best way to go? Beauty—or in this case, exclusivity—is in the eye of the beholder. Going with the Range Rover will depend heavily on where a person sees the SVAutobiography on the luxury hierarchy.

Read More
Is the 2020 Mercedes-Benz GLS the S-Class of SUVs?
2019 Bentley Bentayga V-8 First Drive: For the 2 Percenters
Would We Recommend the Range Rover Velar? Find Out Here. 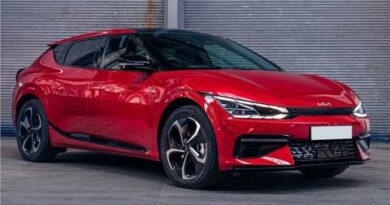 Kia EV6 India bookings to open on May 26 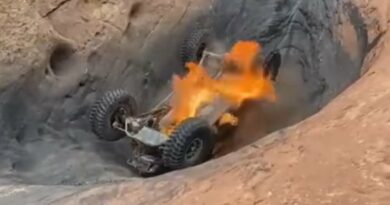 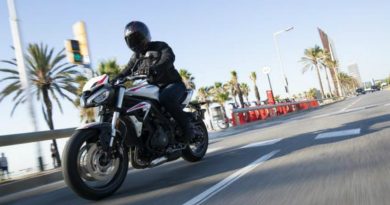 Exclusive: 2020 Triumph Street Triple S Will Not Be Launched In India