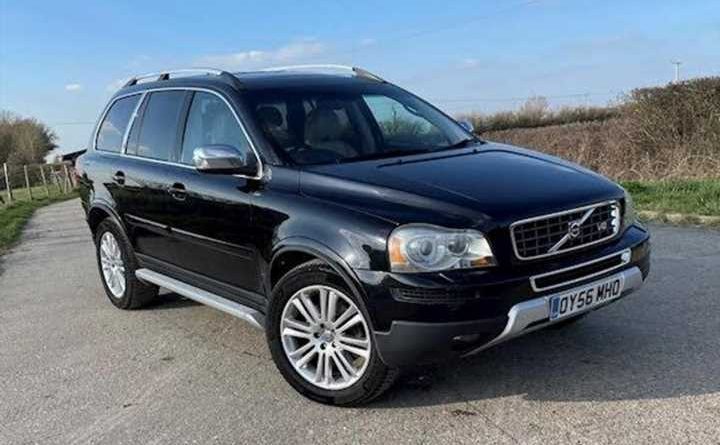 A recent high level executive analysis by the Brave Pill steering committee – held in a lay-by, munching Greggs pasties – produced the modestly surprising revelation that we've never featured a French car. You'll notice that this isn't it – scouts are still searching – but it is another pioneer, the first time that anything Swedish has been considered both risky and attractive enough to make the cut. It looks like a suburban spec XC90, it's actually an unlikely rocket ship.

These days very few mainstream cars get punters forming queues, but it used to be a semi-regular occurrence. The first Mercedes SLK, R50 Mini and even the Happy Days abomination that was the Chrysler PT Cruiser all managed to generate waiting lists, and some early adopters even flipped them for profits. Yet none of these got close to the magnetic attraction that the original XC90 exerted on the sensible and well-heeled middle classes. Those lucky enough to get into one of the first cars to reach the UK were able to get pretty much what they'd paid for cars after 18 months of use.

Looking at the XC90's slabby form and piggy snout from the perspective of 2021 and the sex appeal is hard to spot. But the upper reaches of the SUV market had many fewer choices back then, and the Volvo had an unbeatable trick. It was well-priced, unarguably safe and – the U of its SPs – was the first toff-roader to come with the option of seven seats. Meaning it could spare those with larger broods from the social faux pas of a proletarian people carrier. This was heady stuff in 2003.

Yet it didn't take long for some issues with XC90's qualities beyond lugging families and being a Volvo to become apparent. Even by the dynamically staid standards of the brand's contemporary offerings it was a dull steer, driving like a taller and squealier version of the 'P2' generation V70 whose platform it shared. It also suffered from a limited choice of uninspiring powertrains.

In the UK engine selection was an either-or choice between petrol and diesel. This being the noughties the majority of buyers opted for the 163hp five-cylinder oiler, an engine that gave acceptable performance in lesser Volvos, but which was overwhelmed by the XC90's 2.2-tonne kerbweight and outhouse aerodynamics. A 12.4 second 0-60mph time was leisurely even by Volvo's standards. The petrol option was more intriguing, a turbocharged straight-six hung transversely across the front of the car. But despite a 272hp output even this struggled to deliver rapid progress, with a 0-60mph time that barely dipped below 10 seconds. (There was also a T5 petrol in other markets, but it didn't come to Blighty.)

The Volvo soon proved to be a smash hit. The company had predicted demand would peak at 50,000 cars a year, but in 2003 it delivered 62,000 globally – more than half that total in the U.S. Yet this success revealed the inadequacies of the powertrain line-up as, to Volvo's surprise, the XC90 was competing strongly against the BMW X5 and Mercedes ML, both of which had the option of V8 engines. It was soon decided that the XC90 would require something similar if it was to realise its full potential in the 'States.

Truck engines aside, the sum total of Volvo's experience of V8s at this point was zero. It had never felt the need for anything bigger than the long-lived PSA-Renault 'Douvrin' V6 in its old rear-drivers, and had switched to turbocharged five- and six- pots once it hung its motors the other way around. By a happy coincidence parent company Ford did have experience of the unusual transverse V8 configuration, having commissioned one for the U.S. market Taurus SHO, this combining a Cosworth block with Yamaha cylinder heads.

Volvo ordered something very similar in the form of the pithily named B8444S, which Yamaha would build in Japan. This was bigger and brawnier than the 3.4-litre 235hp SHO motor, but shared the basics of a 60-degree bank angle and common bore centres. Getting it to fit in the XC90's engine compartment without compromising the car's all-important crumple zones required some smart packaging, including an alternator mounted directly to the engine block and exhaust camshafts driven by secondary chains from the intake cams. The resulting engine displaced 4.4-litres and made 311hp, getting introduced to the range when the XC90 got its first facelift in 2006.

While power hadn't increased hugely over that claimed for the wheezy old T6, both performance and character were transformed, turning the XC90 V8 into one of the fastest cars in its segment. A 6.9-second 0-60mph time might not sound like much cop to modern ears, but it made the Volvo quicker than any Range Rover Sport and beat every X5 apart from the 4.8 iS. The V8 was quiet under gentle use, but turned snarly when prodded and had a impressively keen and zingy top end. The V8's staid styling – barely distinguishable from its lesser brethren – also made it more Q than Dennis Llewelyn joining the back of a line to see a Freddie Mercury concert. Nobody expected to lose a drag race to an XC90, yet many did – and sometimes with the added indignity of all seven of the Ovlov's seats being occupied.

The rest of the driving experience hadn't been turned up to any extent. The V8 was a superb long-distance schelpper thanks to its pliant ride and superb seats, but it remained entirely uninterested in narrower and twistier stuff. My two memories of a contemporary press car were of terrifying an unfortunate photographer when what was meant to be a rakish cornering shot turned into plough-on understeer and a brim-to-brim tank average of 16mpg over 350 miles: poor even by the thirstier standards of that era. The fact the full-spec V8 Executive cost a very serious £54,000 was another limiting factor on demand.

But not in the case of our Pill, an early Executive which seems to have had every additional option box ticked, up to and including the rear seat entertainment system that will give its next owner the chance to explain to their kids what 'DVDs' are. The interior is showing the wear of a hard-lived life, the leather having the complexion of an aged rocker. But there are plenty of reasons to be positive, too – the promise of a full service history, the fact the last owner stuck with it for eleven years and, to judge from a matching set of Michelin Cross Climates, didn't stint on the bills. The MOT history has a fair bit of red, but never for anything more serious than suspension play, worn tyres and an ineffective handbrake.

Lesser versions of the early XC90 have become a byword for borkage thanks to their inadequate automatic transmissions, but the good news is that the V8 got a beefed-up six speed gearbox that doesn't suffer from the same issues. Early V8s did have a design fault that meant water could get to the balancer shaft bearings and destroy them, but the vast majority of susceptible car will either have encountered the problem already or been pre-emptively fixed by now.

Don't worry, there is still more than enough risk to turn ownership spicy, including the electrical check-outs that often crop up in first-gen XC90s and the challenges of working on such a rare and tightly packaged engine. Only around 200 V8s came to the UK, so expertise is limited, although the same motor did find its way into the S80 and – in much modified, twin-turbocharged form – the Noble M600. It's also a popular choice for powerboats, apparently.

Given the limited mechanical peril of Scandinavian motors it is possible our first Swedish Pill will also be our last. As for the search for the first French pilule de courage, watch this space… 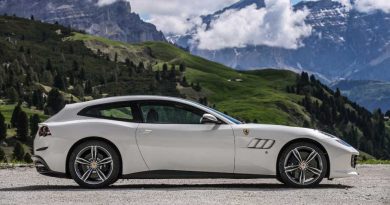 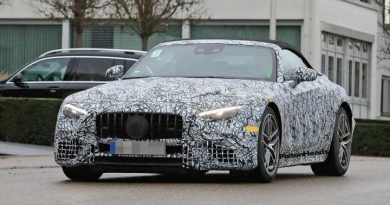 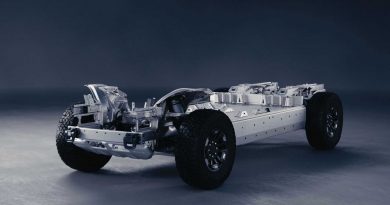