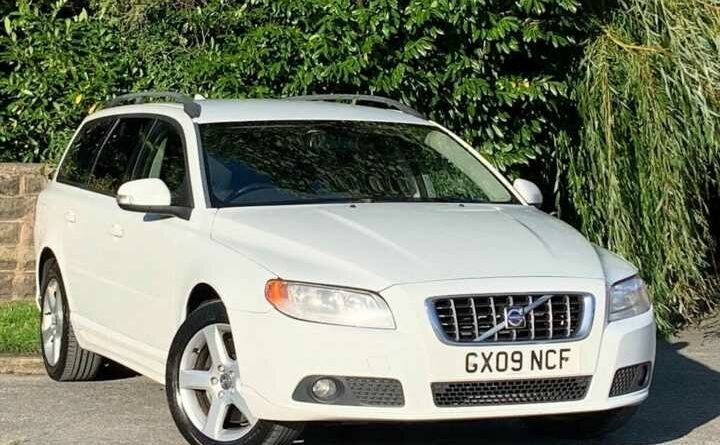 Things have moved on a little now, but for a long time it seemed the only car used by British traffic police was a Volvo estate. The 850 and V70 were probably best known for it; if you saw an estate romping up the outside lane with blue lights flashing, chances are it was a big Volvo. And that made them kind of cool, because who hasn’t thought about being a traffic cop and chasing bad guys at some point?

The same things that made Volvo estates great family cars made them great police pursuit vehicles. They had superb seats for long days at the wheel, loads of space for scallywags in the back, plentiful performance in T5 and T6 guise and legendary durability as well. For tough jobs, you need a tough car – the old Volvos were ideal, and soon garnered a reputation for it.

This V70 T6 was surely not an unmarked car; it’s white, it was used by Surrey police and it’s a Volvo estate – this must have been kitted out with livery, sirens, lights, radios, and everything else. Here is the Volvo police car we’ve all seen so many of, here for the public to buy – for just £2,450, too.

Any T6 is notable, in fact, as the first time a six-cylinder engine was introduce to the V70. Launched in 2009, the Bridgend-built 3.0-litre inline six was offered with or without a turbo; in its most powerful guise, that meant 285hp, 295lb ft and 152mph potential. Obviously the police car was turbocharged, and nowadays must be one of the cheaper ways to 150mph. Debadged and on small wheels only makes it more unassuming, in stark contrast to how it would have looked in its previous life.

That previous life, however, does have its downsides as well. Or downsides to some, at least – for someone after a cheap, fast hack for the family, the drawbacks might be seen as positives. In protecting and serving the fine people of Surrey, this V70 has accrued 270,000 miles, which is some going given the county often seems limited to a bit of M25, the A3, Guildford, and lanes clogged with cyclists. Whichever way you look at it, that’s quite a lot; the next highest mileage V70 for sale – this a car renowned for its ability to rack ’em up – has a mere 180k recorded. And it’s showing some signs of it, with a driver’s seat in fairly dire need of repair as well as interior scuffed and stained from all those who didn’t really want to be cooped up in a Volvo against their will. But your kids probably won’t want to be there either, so why not chuck them in a car that’s been roughed up a bit already? On the plus side this Volvo’s wheel and dash have held up really well and the exterior, however unsexily specified, does look in more than reasonable condition given the life it’s led.

Though there’s plenty that might deter potential buyers of this V70 T6 – it emits a lot of CO2 and uses a fair bit of fuel, don’t forget – there’s an awful lot to recommend it as well. Not least that £2,450 price; cars like the 850 R and V70 R – those estates that helped forge the fast Volvo reputation – can now be more than £10,000, at which point it becomes hard to treat them like a four-wheeled family pet. This one, on the other hand, will be perfect for whatever your life wants to throw at it. And there’s still nothing that’ll clear an outside lane faster. 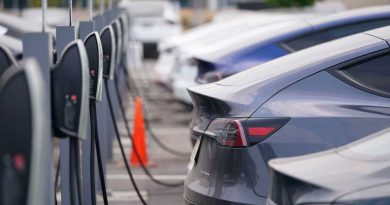 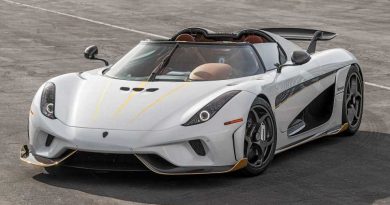 The Chicago Auto Show Is Back On