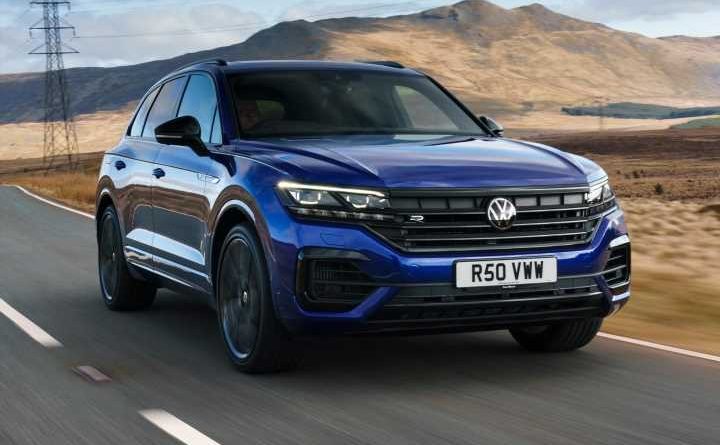 Most powerful R model yet gets 462hp. But does it earn the badge?

You’d be forgiven for not noticing that Volkswagen’s mission to extend its R lineup has included the launch of three new SUVs in two years. The defining model, the Golf, now sits below a T-Roc, Tiguan and, this, the Touareg R – making the hatch look like a bit of an outlier. Of course, to us it remains the archetype, which is why even the biggest, most potent R badged car, the 462hp Touareg R eHybrid, is expected to deliver a level of performance consistent with its much-lauded all-round talent.

Its siblings have generally illustrated Volkswagen’s knack at doing so, and the Touareg R gets off to a good start with plenty of useful kit. The turbocharged V6 hybrid setup is shared with the Porsche Cayenne, no less, and with 136hp worth of electric motor, its combined torque output peaks at 516lb ft from 1,340rpm to 5,300rpm. To counter the weight of electrification, the car gets air suspension as standard, as well as the largest brakes fitted to a Volkswagen, with 400mm front discs working six-piston calipers. It can tow up to 3.5 tonnes of braked trailer.

There’s little questioning its halo status in Volkswagen’s petrol-powered range, then, and objectively speaking, its performance is of R standard. For starters, the 2,465kg brute can hit 62mph in 5.1 seconds and has to be limited 155mph. Its driveline gets a Torsen limited-slip differential and torque vectoring, and the air suspension uses electronic shock absorption technology for a better ride. The interior is typical of a present-gen top-end VW, albeit one with a 15-inch central screen as part of its digital armoury. Its size and sharpness will no doubt be a big win for tech lovers, while the retention of a physical rotary volume control should please anyone stuck in the mud.

There aren’t any physical HVAC controls, but in the car’s defence, the sheer size of the screen means the Touareg’s infotainment-delivered climate control menu is about as easy to operate as it gets. Certainly, it’s better than the fiddly Golf alternative. The graphics are ultra-sharp, too, and while Apple Carplay integration isn’t perfect, the touchscreen surface hides finger marks well. The digital instrument cluster is crisp and the HUD is handy as ever.

The general quality of the interior and materials, not to mention the space on offer, affirm that the £72k flagship is going to be well suited to family duties. The leather-wrapped seats are wide, with good adjustment that lowers you into the cabin but keeps the view clear and commanding. It’s easy to get comfortable in the driver’s chair, and, indeed, in the back, where there’s enough legroom for an adult to relax – as there should be in a near five-metre-long SUV. The boot offers a healthy 665 litres of space with the seats up and 1,675 litres with them down, although the electric hardware robs the R of125 litres of under-floor space that the Touareg normally comes with.

Still, it’s hard to fault the practicality. Or the understated quality in ample evidence. It’s true to the established R theme, even allowing for its scale; 22-inch Estoril wheels don’t look particularly big under the arches of a car that stands 1,756mm high. Nor do they feel particularly heavy on the roll, because the air suspended Touareg R rides brilliantly well, with terrific absorption of bumps, cracks and even big humps. Coupled to the instantaneousness of electrified torque and the lightness of the car’s electrically assisted steering, it makes for easy going right away.

As a proper plug-in hybrid, the Touareg R can handle up to 87mph in electric-only mode, which it defaults to on start-up unless you switch to ‘hybrid’ or a sportier mode. VW claims 28 miles of EV range, which should cover off urban commuter requirements, and you’re only a click of a digital button away from switching on the conserve mode, to hold the battery charge for later. But the car’s best performance comes when both halves of the powertrain are working in tandem, powering through the eight-speed automatic gearbox with up to 80 per cent of torque sent rearwards. The combined powertrain delivery is seamless, with the meat of the turbocharged 3.0-litre picking up from the initial electrified push.

As such, there’s no questioning the Touareg R’s straight-line performance, because it goes from thumping you in the back off the line to keeping you pressed into the leather all the way up to (and no doubt far beyond) motorway speed, without pause. The engine sounds fairly sweet, too, although its volume is low from inside the cabin and there’s nothing in the way of exhaust note to back it. But that probably suits the car’s character, with road and wind noise also kept to a minimum, so high speed is never matched by high drama. In fact, so calm is the R’s cabin that you’re forced to keep a close eye on the speedo. There’s a real disconnect from the true speed of the Touareg, which is carried over into the steering and the brakes. The helm lacks feel and the anchors are so strong that stopping from high speed requires little in the way of pedal pressure. It’s easy to forget how big and heavy the quickest Touareg really is.

That’s an obvious facet of the air suspension’s efforts to iron out imperfections – it denies you any meaningful connection to the road. So while you’re forever impressed by the lack of noticeable impact from very visible road imperfections, you’re also left unaware of what the four wheels are really up to. There’s a small degree of lean (VW doesn’t provide the Touareg with its 48v anti-roll tech) but the 285-width tyres remain pressed hard into the tarmac beneath, so traction is unbreakable across both axles. The brakes feel monstrously strong, even after a country road workout. Yet there is precious little work with or against. It’s proper, air mattress-stye SUV progress.

It means that the Touareg R eHybrid is technically impressive, but emotionally dull. Unlike its smaller siblings, it doesn’t care for trail-brake line-tightening or anything silly like that. It wants to pummel along a route as quickly and plainly as possible, even if that means doing all of the hard work for you. Clearly this is a chosen route for the R because Porsche has been plumbing proper dynamism into its large SUV from day one (which is available for virtually the same money in 440hp Cayenne S format). VW obviously thinks the Touareg customer will want pace and plushness from their car without any of the feelsome edge we typically associate with its flagship brand. The result is high on unyielding confidence and low on thrill. If that sounds like your sort of jam, it’s rather lovely. But if you were hoping for an acutely R-style take on the big SUV, you’ll need to tow a Golf R along behind it. 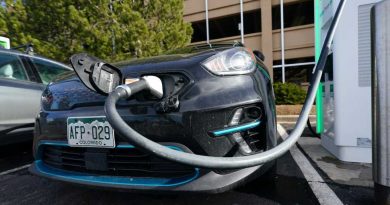 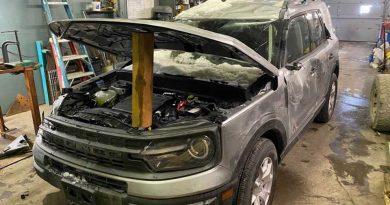 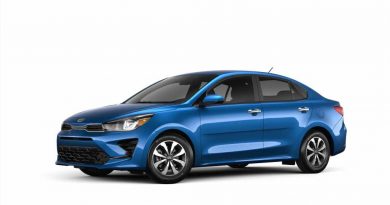